Comprising of mostly originals, including a couple of newly written ones, and one or two covers tossed into the rep, Charlie Lim’s late night gig lasted roughly an hour and a half. And boy, did those ninety minutes pack a heady punch. Way to end the month, not to mention kickstart the weekend. 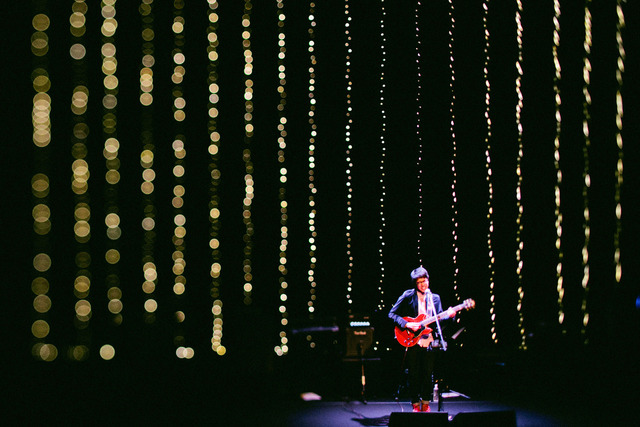 Into the Esplanade Recital Studio and towards my seat I ungracefully stumble. Flustered, slightly out-of-breath, of all concerts to be late for! And it is like I have been plunged into another world: one that is pitch dark and silent, save for the glorious sounds that emanate from the stage in the centre of the room, where Charlie and co. are situated amidst their playground/kitchen of hi-tech music gadgets and weapons of choice, including a (creepy-ish) voice distortion effects pedal, a Moog bass synth and a neat piece of percussive equipment with a liquid crystal display that formed part of the drum kit, all in the name of executing seamlessly irresistible tunes. The music is quietly arresting, and the silky croon that glides over it belongs to Charlie of course; by the middle of 'What Can I do', I am almost completely calm and relaxing to the groove - almost opposite of the jitterbug who first entered the studio.

The Charlie Lim experience is quite a powerful one, an 'eargasm' if I may and not something the listener simply shelves afterward. This is about my third or fourth time catching Charlie and each of these performances has so far not failed to enrich my holistic well being every time (not even kidding). It is really quite an escape: therapy, almost. This round was no exception - trademark sky high falsetto register, check; off the cuff improvisational vocal solo-ing, check, kickass band, check. Seriously, what does the lad feed on?

On first impressions Charlie exudes a nerdy aura, coming across a humorous mix of cool and slightly aloof - but in a weirdly relatable way. His dry wit and mumbling tendencies (apparently it occurs 'in front of beautiful people and angry rhinoceroses', are utterly embraceable, given that he writes amazing music and expresses himself more than adeptly in song and singing. 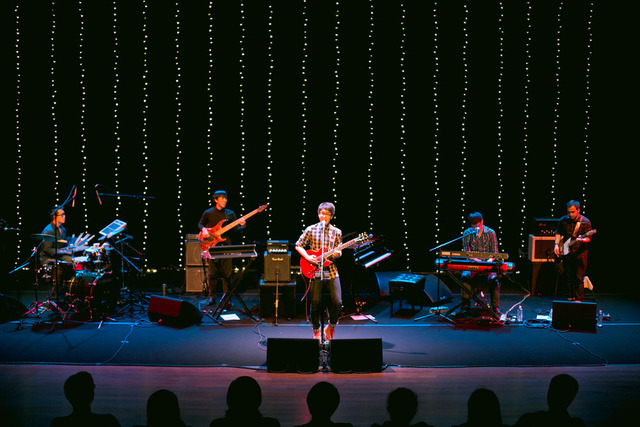 It's not just about Charlie tonight, though he is kind of the main point (his show, after all). Joined by his band of brothers in music - Jase Sng (bass), Euntaek Kim (keyboards), Wen Ming Soh (drums), and John Mark Hariman (guitar), who all took it in turns to let rip their artistic brilliance, and consequently wow the onlookers repeatedly. A particularly incredible drum solo by Wen deserves special mention, just because the energy and passion oozed pure and abundant, practically assaulting and reverberating off all who witnessed it.

It felt like hardly any time had passed before the audience were demanding an encore; and Charlie, endearing as ever ('I really wanna go home…', while scuffing his foot against the stage floor - how's that for unmasked boyish petulance), proceeded with an encore that was anything but run-of-the-mill: it saw Charlie surrendering his guitar to Euntaek, himself gingerly accosting the drum set, while Wen gleefully hopped behind the keyboards-goofy grin fully present on face. The band ended the night on a high with the well-loved 'Pedestal' and, if the subsequent whooping and applause were not indication enough, nearly everyone in the audience unanimously springing to their feet over the applauding, surely made the extent of our appreciation obvious enough.

It is absolutely certain that Charlie Lim is headed for the big time. Hong Kong, Seoul, and Tokyo are just some of his Fall 2012 tour destinations. Watch out world. Understated genius, In Transit.