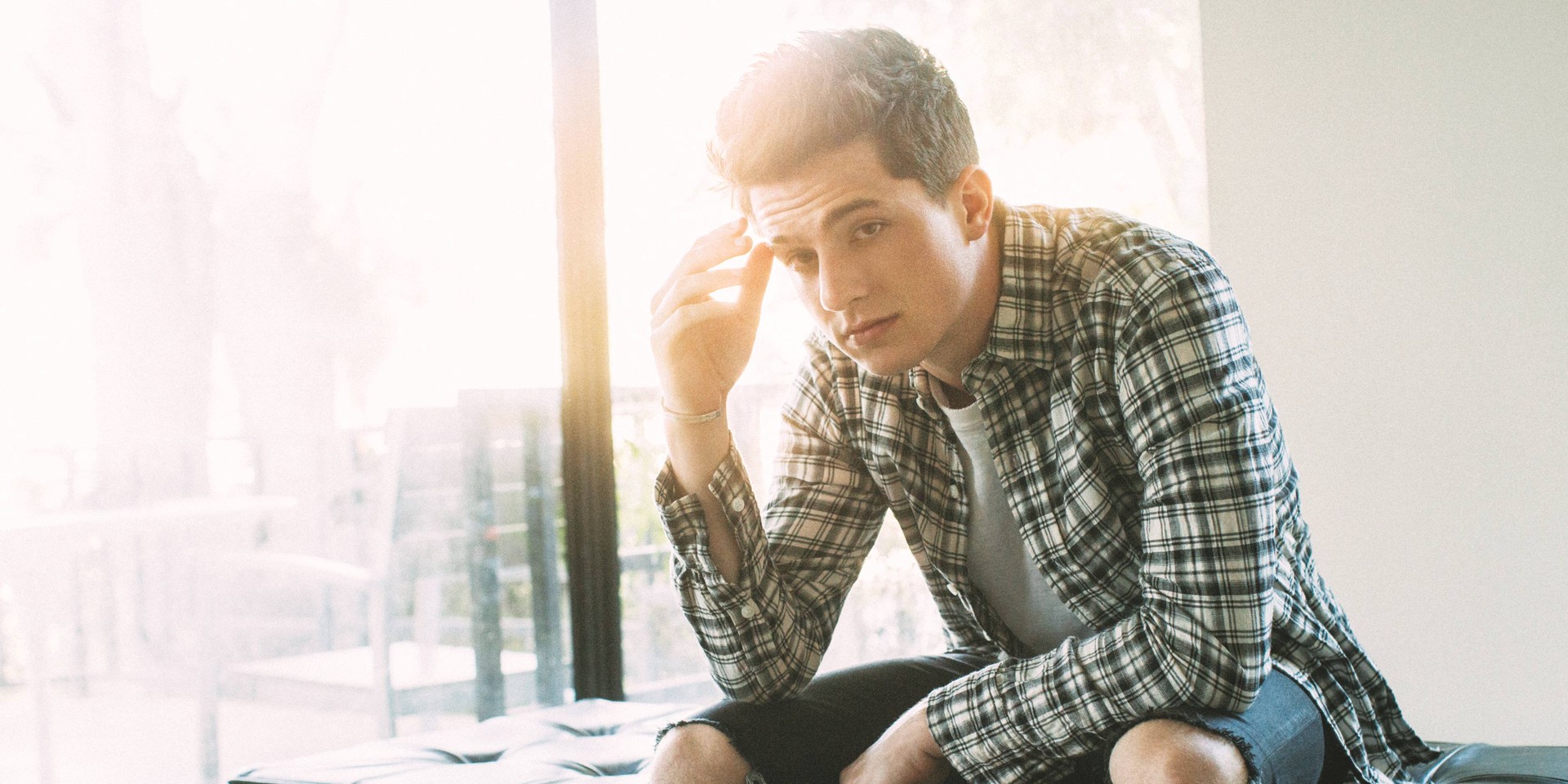 For Charlie Puth, he spent his Thursday evening in Los Angeles looking at new houses, and he was already prepping himself to enter the studio to work on new material after this call.

His debut album, Nine Track Mind, only came out earlier this year, and yet he's already working on fresh song ideas. There's an old saying that most songwriters and bands prepare their whole life leading up to their debut album, and have only a year to write the next one.

The same can be said about Puth, whose musical sensibilities were already recognized when he was young — it was discovered that he possesses what's known as "the perfect pitch". Able to discern the exact note for any kind of sound, he got down to work as soon as he was old enough to work, producing and writing his first self-released CD by the time he was 12.

His steady productivity quickly adapted to the advent of social media's popularity, maintaining his own YouTube channel while studying at Berklee College of Music on a scholarship. And while all of this was happening, he was still working to get his name out there on the ground.

"I realized at that point that I had to be self-reliant," says the 24-year-old. "I was going to NYC and LA, waiting outside doors and pitching records myself, from my sophomore year onwards." After classes, he would take a train ride to downtown New York and spend a night in a hotel room, writing and recording music. "It was weirdly conducive; hotel rooms reminded me of home but it felt productive to be by myself."

A call from TV personality Ellen DeGeneres was all it took to accelerate Puth's career. It was a call so surreal that the singer hung up on her five times before finally picking it up, thinking it was a ruthless prank call. He was roped in to join her record label, eleveneleven, which hosted other relatively successful YouTube musicians.x

His stay on the label was short-lived, but he continued to hustle for the next few years, populating his YouTube channel with an influx of covers while working on new material. After two years of relative dormancy, 2014 became his first real foray into the industry.

The important thing for me to do, with my music, is to write a catchy song."

He was picked up by various producers to write songs for other artists, which allowed an avenue for flexibility. Here he was, writing a pop tune that featured elements of electro-pop, hip-hop, and swing music, performed by the biggest Latino pop-rapper on the charts — Pitbull. Assisting folk singer Livingston Taylor and upstart pop singer Bonnie McKee, he had his hands full that year.

Then, Wiz Khalifa called, and it set a precedent for a life-changing next two years.

In 2015, had just released his first major label EP, Some Type Of Love, which featured his first real solo hit, 'Marvin Gaye', and his work with Wiz Khalifa evolved into 'See You Again' — the melancholic farewell anthem that accompanied the mega-blockbuster Furious 7. It was a rousing commercial success, and it set the stage for his first studio album.

Despite healthy sales and sold-out shows, his album received decidedly mixed reviews, but, as earnest and forward-looking as he has been, Puth fully understood the reaction.

"I've had criticism labelling my album as being too pop," Puth confesses. "but I feel as a debut it has allowed me to be more artistic for the second one. The important thing for me to do, with my music, is to write a catchy song. But I'm up for the challenge to make catchy songs that sound like art."

Even when asked about songs he would play at a party, he chose songs that, in his words, would provide "musical education", citing songs like 'Something In The Way She Moves' by James Taylor ("My favourite song of all time," he says), 'Father And Son' by Cat Stevens ("It reminds me of my dad") and NYSNC's 'Pop' ("It was the first pop record I heard that made me realize that this is what I want to do"). The guy may not have won over critics yet, but he takes his pop seriously.

In a pop landscape with career-defining records like Beyonce's Lemonade, Taylor Swift's 1989, and even Carly Rae Jepsen's indie-crossover masterpiece E•MO•TION, Charlie feels the pressure to put out an album of artistic substance, but he is even more propelled by the quality of pop music in the past year. 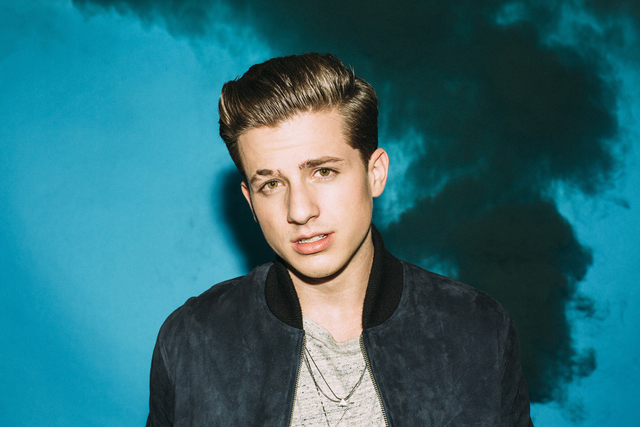 It's all about finding the balance between being too annoying and being too boring."

— Charlie Puth, on his secret to writing successful pop hooks.

"Five years ago it was only *mimics EDM breakdown*,`and now everyone has gotten sick of that and are trying different things," Puth observes. "I feel like we're reaching this point that's similar to the golden age of singer-songwriters in the 70s."

He cites Kanye West as a visionary artist, noting the massive influence his fourth album 808s and Heartbreaks has had on modern pop and hip-hop. "Kanye's a genius, he's able to predict what the future would sound like, five years at a time."

While he looks up to the hip-hop chart-topper, Puth remains focused on his most definable talent as a songwriter: his knack for catchy melodies.

His latest single, 'We Don't Talk Anymore', featuring pop diva Selena Gomez, is a prime example of hooky pop melodies that are subtly hammered into your subconscious, begging for replayability as the chorus spins around with the affluence of a simple, but successful, chord progression. His secret? "It's all about finding the balance between being too annoying and being too boring," Puth jokes.

Right now, as he embarks upon his second album, he tries not to overthink the process. He simply applies his usual method of writing songs: he writes a pop song worthy of his discerning ear, and then he decides if the song is suited for him.

If it isn't, he's able to call in an artist he deems suitable for it — as he's done before — and he has already amassed a list of prolific "clients": CeeLo Green, Trey Songz, Jason Derulo, along with upcoming efforts with UK pop group Little Mix and rapper Ty Dollar $ign. He's even working on some ideas for Justin Timberlake.

Juggling songwriting for himself and other people, performing shows worldwide, and basically just being a well-rounded millennial public personality, he does consciously break away from the never-ending trail of work to pace himself. "It only gets hectic if I work every single day," Puth explains "If I'd work two days straight, I must take the third day off. If not, my mind would get crazy."

And at this point, for a man who's worked in music since forever, it would be insanely difficult for Puth to fall prey to an off-track mind.