When 2008 churned out some of the biggest pop hits there is like ‘I Kissed A Girl’ by Katy Perry, and the unforgettable ‘Single Ladies’ by Beyonce, another one by a group of lads from Florida was also given plenty of airplay around the world alongside these reigning queens of pop.

Even on our island, ‘Check Yes Juliet’ became radio mainstay, and it’s no wonder why they’ve captured the ears of so many. Catchy power pop, easy to singalong lyrics, songs that reflect the carefree teenage life, free of responsibilites and consequences – the ingredients to the perfect summer song. The year is 2014 now, and still We The Kings are capable of filling up the Coliseum arena.  I myself was 15 when I first caught on the wave, so it was comforting to see others at the gig who turned up for a dose of nostalgia. 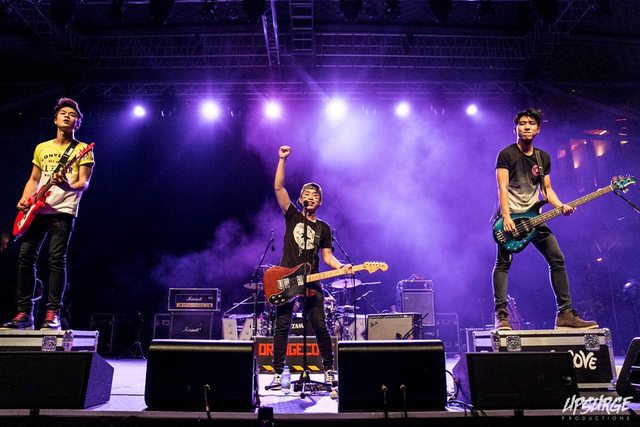 ORANGECOVE opened the night to a very receptive and excited crowd. The local pop-punk band took the stage with ease, a sort of warm up to them performing at Baybeats later in the month.

And then the spotlight was back on We The Kings. The band originally formed because the members wanted to get girlfriends – something frontman Travis Clark told us at the show. Judging from the fanboys and fangirls of all ages who turned up, things like this would probably be irrelevant now. 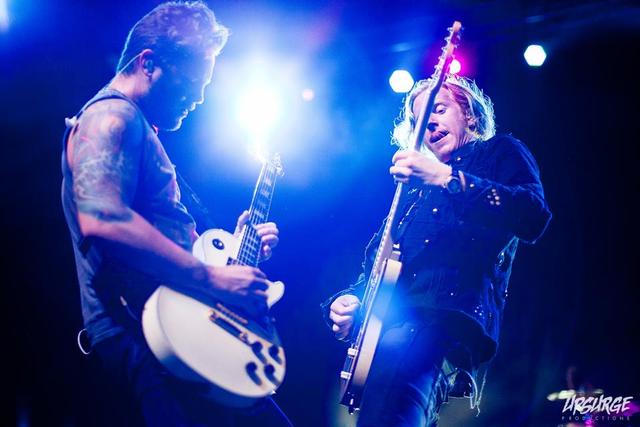 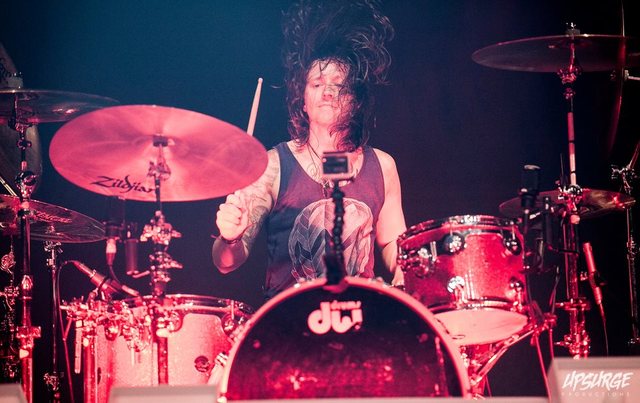 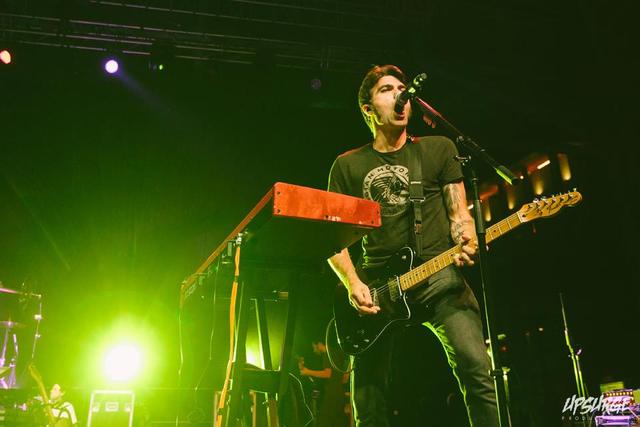 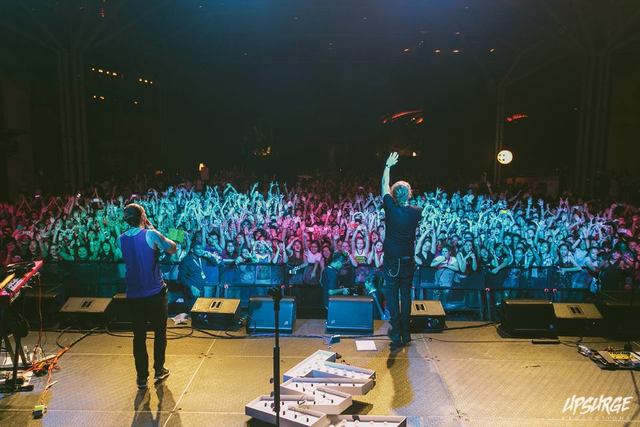 Quite apropos, the band launched straight in to “Queen of Hearts”, a song off their recent album Somewhere Somehow, but already the crowd were jumping. Yes, proper jumping which was ongoing for the other songs; the vibrating floor would later worry us a little. Travis Clark took his role as frontman quite seriously, always keeping up the charm factor, talking in between songs to the crowd, sometime oversharing trivia about his songs – he confessed “Secret Valentine” was all about sex and made the conservative ones in the audience blush. He also successfully got the crowd to sing most of “Say You Like Me” on their own, introduced the ‘sorority girls squat’ during the pre-chorus “I Feel Alive”, covering a Jimmy Eat World favourite “The Middle” which led to a large-scale singalong. Right on cue, the band had to end with the song that catapulted them to greater heights – “Check Yes Juliet”.

In the next few days, the band put up a video log of their time in Singapore; a documented jumble of fun right from their arrival in Changi Airport which made us believe that they genuinely had a good time on our little island. It’s been six years since we first heard them but in terms of feel good vibes, check yes they were kings.