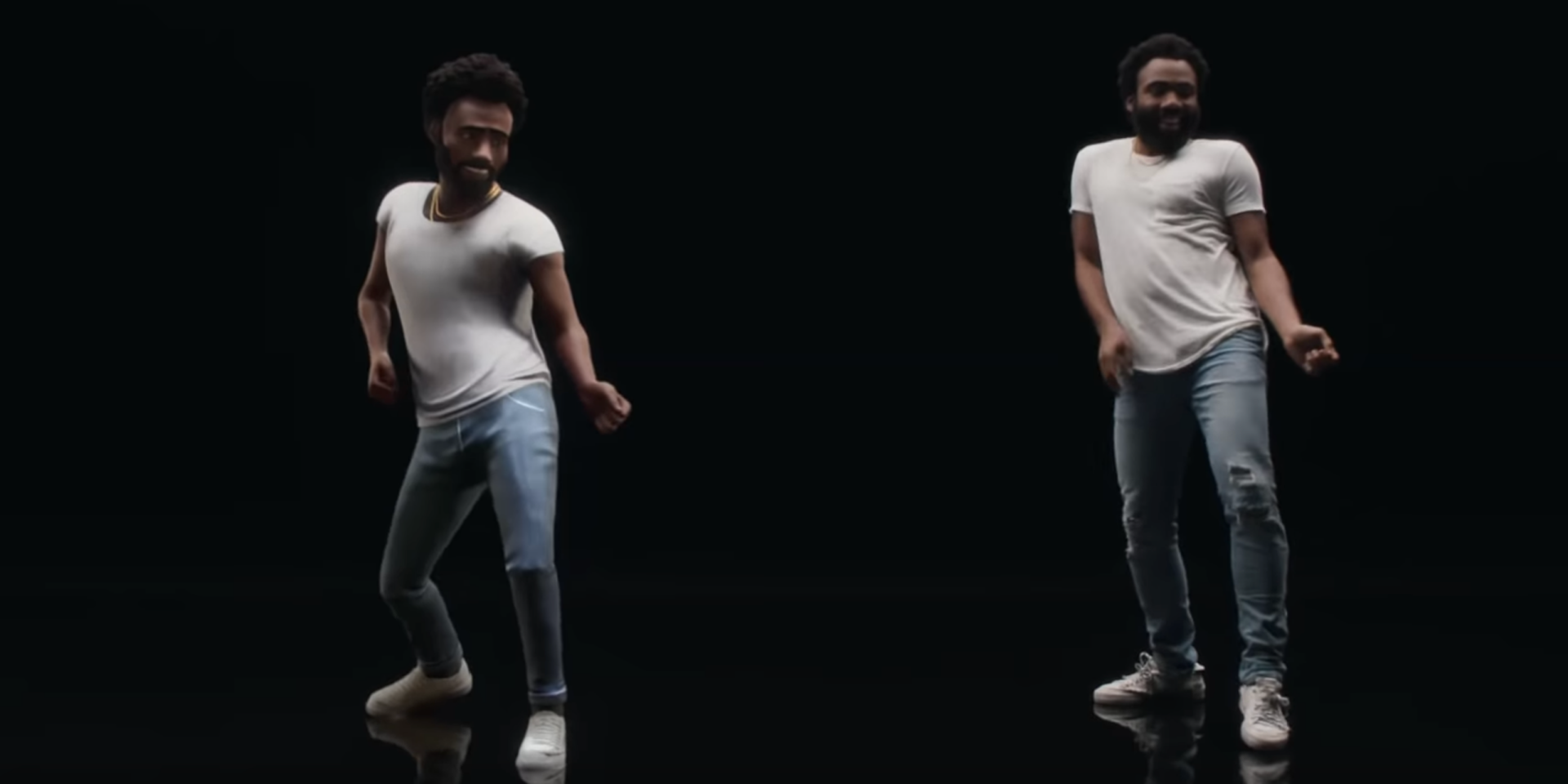 The singer also stars in the advertisement. It features him dancing alongside an animated version of himself, called a playmoji, to the tune of the song. Just as the chorus hits,“Turn all the lights out/ We shine brighter in the dark", the animation shines brightly then explodes.

Gambino was the biggest winner at the 2019 Grammys with five wins in total including Song Of The Year and Record Of The Year.

Watch the ad below.