Any musician with a set of ears can be a fan of music decent enough to be praised by most critics. But for that musician to make good music, well that’s something else altogether. A set of influences can determine the direction that an artist can go to but it barely makes up for talent the artist may or may not have. For instance — treading into film territory here — Uwe Boll may be a known fan of revered films like Apocalypse Now or There Will Be Blood but there’s no question he still makes some of the most needless and horrifically-crafted films known to most movie lovers. Even Uwe himself is frustrated.

So to pay homage to the very musicians that inspire you by covering their music, it’s a task already prepared with its own baggage. Will you do them justice?

Or will you just fall flat on your face?

There are so many factors that can lead to a great homage and creativity stands above all. Detroit rapper Elzhi took on a rap classic by covering the entirety of Illmatic by New York rapper Nas. Elzhi hails from a different place as Nas but he still gave the album a respectful treatment, imparting his own captivating story of struggle in modern Detroit in place of Nas’ cinematic observations of a seedy and struggling underground New York. Where grimy boom-bap beats and Michael Jackson reworks lie, Elzhi was able to define himself as a competent modern lyricist and an all-round engaging MC with a commendable taste for producers. 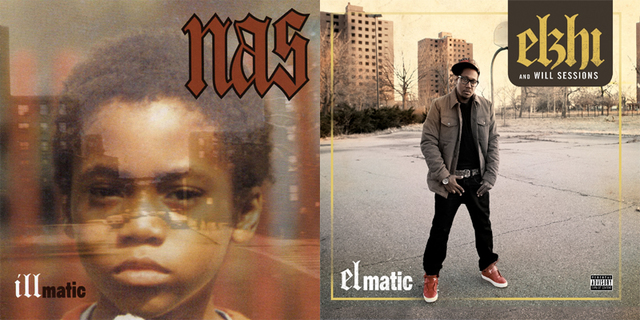 For Icelandic multi-instrumentalist Òlafur Arnalds, he’s already been able to make a name for himself in the modern classical world as a notable talent — being one of the few crossover artists embracing elements of pop, electronic music and gentle (and sometimes, not so gentle) rock instrumentation. His efforts have worked: he’s regularly featured on non-classical publications, film trailers and even formed an experimental techno side-project called Kiasmos. Of course, being from Iceland, where many of their artists have succeeded making ethereal music popular, Olafur fits within their timeline of output just fine. But he also sticks out for his continuous ingenuity.

Already garnering a well-rounded and eclectic fanbase, Arnalds travels back to basics and attempts to pay homage to a classical composer that continues to influence his work: Frederic Chopin. “I have been a fan of Chopin for a very long time. I’ve always wanted to hear his music recorded in a different way.” confesses Arnalds over the phone, speaking from his home in Iceland. “I was getting tired of hearing different versions of the same recording. I was waiting for someone to do it differently, so in the end I just did it myself."

As the story goes for Arnalds' foray into the world of modern classical music, he started out playing drums for a hardcore band and ended up writing his first classical pieces for metalcore band Heaven Shall Fall. The band used his work to bookend their 2004 album Antigone with intro and outro tracks that embodied hints of his eventual direction as a solo artist.

Soon after, he was scouted to make a full-length album and Eulogy for Evolution was made — a debut that still stands as one of his best works. The 2007 record excelled specifically for Òlafur's comprehensible approach towards minimalism, producing the most impactful melodies with only a few instruments, while still pulling surprises here and there. 2013's For Now I Am Winter showcased a more confident Arnalds, incorporating vocals and experimenting with structures that brought him towards a middle ground between pop songwriting and traditional classical composition. This earned him even more fans outside of the classical world, but it's highly likely many of them have yet to explore that part of the music realm.

Many names in the hall of fame for classical music are revered, close to sacred — Beethoven is a god, Bach never goes out of style and Erik Satie is their precious Brian Eno. What about Chopin? What's so great about that guy?

"He writes very melancholic pieces and he's influenced the way I write music in terms of melody and progression." says Arnalds, who performed here in 2014 as part of Mosaic Music Festival's final line-up. "His music simply became my gateway into classical music. I've been listening to him for as long as I can remember." 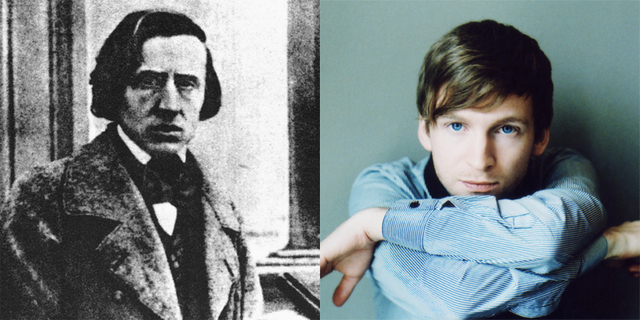 Even with an interest towards classical music with the efforts of Arnalds along with contemporaries like Nils Frahm and Max Richter, classical music remains far away from the annals of popular music and continues to make itself at home in grand concert halls and conservatories, along with home lessons for privileged 8-year-olds. To Arnalds, reinterpreting Chopin's music became an exercise of applying vintage technology along with his skills as a modern album-centric musician to Chopin's esteemed body of work.

"Within the modern classical scene, me and a couple of friends have been experimenting a lot more with sounds. Classical music is not usually known for experimenting with studio technology." notes Arnalds. "I also wanted to create an album that you can listen to beginning to end and you can feel like there’s some sort of development as it plays. I didn't want it to just be a collection of my favourite Chopin pieces."

The Chopin Project sees Arnalds and pianist Alice Sarah Ott collaborate on performing new renditions of classic Chopin pieces, alongside original compositions by Arnalds that were based on various themes by Chopin. On Ott, who grew up classically trained, Arnalds says: "She plays really softly. There’s a lot of sensitivity and melancholy in the way she plays. It’s very fragile and tender and that was exactly what I was looking for."

Taking on a celebrated composer like Chopin wasn't an easy task but Arnalds was confident enough from the time he began embarking on the project. "I decided from the start that I wouldn’t just change something of his. I would rather make something new with his ideas." says Arnalds. "So the songs that end up on the album, I didn’t change a single note in them because I didn’t want to change something just for the sake of changing it. For the songs I was composing, I started completely from scratch and only used a certain element from Chopin’s music. In that way, I felt I was not really stepping on Chopin’s toes, so to speak. There was a very clear line."

Currently on the road with his side project Kiasmos, he reflects on his experience as a live performer with pride and admits that he's always learning something on the road. "To me, it's still not perfect." laughs Arnalds. "With every single performance, I'm getting better at adapting or rethinking an idea. I just hope it's getting better each time for my audience. Looking back, I think I was only able to perform as good as I do now after my first 100 or 200 shows." 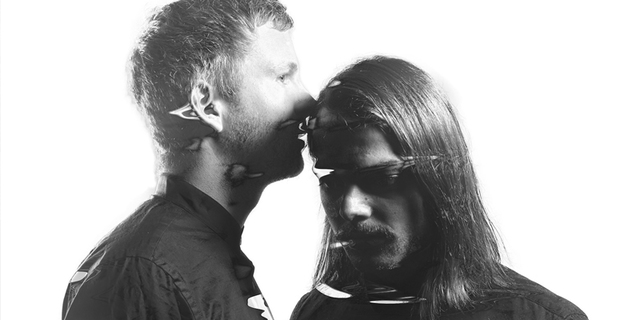 A promo shot of Kiasmos, comprising of Arnalds with musician Janus Rasmussen. According to Arnalds, the group will be heading down to Singapore for a show later in 2015.

Even though the purpose of the project was to introduce one of his influences to his fanbase, he wasn't conscious about carrying the responsibility of opening the gates of classical music to the unenlightened. "If we're doing that, then it's awesome. It's something I've always wanted to do." admits Olafur. He has noticed the classical world opening themselves up to modern musicians, especially with long-standing classical label Deutsche Grammophon releasing Max Richter's avant-garde reinterpretation of Verdi's The Four Seasons along with techno maestros Carl Craig and Moritz van Oswald's reimagining of Mussorgsky's Pictures at an Exhibition.

But he still thinks more can be done. He thinks there are a lot of people in the classical world who should "relax a little." Reflecting on its status within the music community: "Just because it appeals to more educated or sophisticated people doesn't necessarily make it better." says Arnalds. "There are a lot more simpler feelings that people can relate to. I think the classical music world needs to embrace that a bit more."

In a special playlist, Òlafur Arnalds selects four pieces, along with a series of compositions by Philip Glass, as songs to start with, in order to explore classical music. Stream it below.

The Chopin Project is now available on Universal Music Singapore.