Christina Perri fans, you don’t have to wait for A Thousand Years to catch the balladeer in action. Nor would you have to be collecting jar of hearts while awaiting for the crooner to come. The good folks at Midas Promotions have done you a favour and will be presenting Christina Perri live in Singapore on February 27 next year, with the talented Gentle Bones opening. 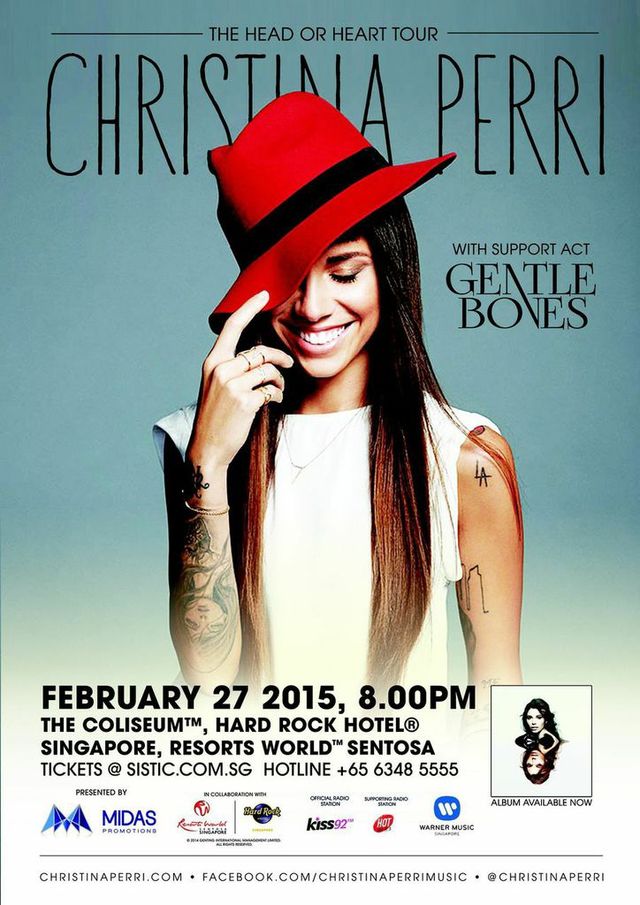 We’ve heard her on So You Think You Can Dance, her song was present when Bella and Edward (yah, Twilight) got married, and now she’s back with a her second studio album head or heart. It’s a fresh set of songs, a departure from the weepy first album, it’s vulnerable and strong all at once.

Not one to shy away from feelings, she still sticks to the romantic and everything sentimental. And as Christina Perri has said herself, “When people come to my shows, they have the freedom to feel something, and we’re all just a big bowl of feels.”

Partake in this big bowl of feels when she comes down - on us. We have a pair of passes to giveaway to the show next year, follow the instructions in the link below and you’re good to go!

FILL IN THIS FORM