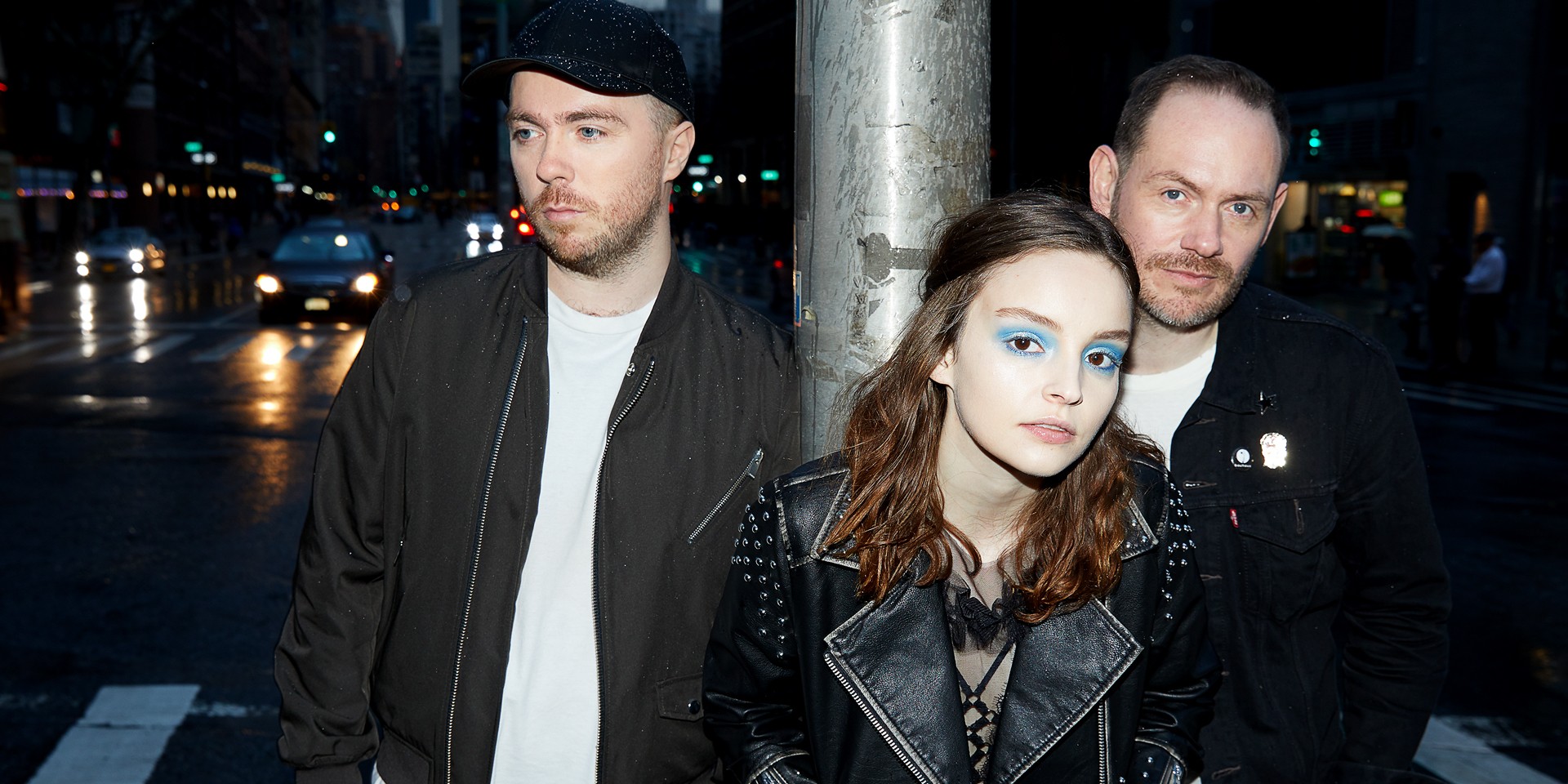 CHVRCHES are about to release their highly anticipated third album Love Is Dead on 25 May and the band couldn't be more excited to showcase their new sound to their fans.

CHVRCHES, consisting of Lauren Mayberry, Iain Cook and Martin Doherty (pictured, left), are a synth/indie-pop band from Glasgow, Scotland. The band has made a name for themselves with their first two records garnering critical acclaim worldwide. Now, the band is looking to switch things up with their upcoming third album, showcasing their poppier side.

Bandwagon had the pleasure of speaking to Martin Doherty ahead of the album release. Check out the complete interview below to find out what he had to say about the new record, dealing with pressure, their love of Southeast Asia and more.

We’re a few weeks away from the release of the new record. I imagine when you put out an album there are these feelings of relief because it’s finally coming out, but also trepidation, because everyone’s going to hear it. Is there anything different about how you’re feeling this time round?

I think I'm feeling around the same as I did for the previous album. There's a lot of nervous energy and a lot of excitement. I guess the main difference for this one is that we took much more time to explore with the album. We took close to 12 months to work on the album and really get to try all the things we wanted to experiment with. There a ton of different styles on the album and I think it is exactly the kind of album that we wanted to make. That's the only main difference this time.

The band’s previous two releases both garnered critical acclaim globally. Did that add any pressure for you guys going into the studio for the third time? If there was any pressure, how did the band deal with it?

There's always pressure from ourselves, to be honest. We tend not to focus too much on what's going on around us. We only focus on what we can control, like the things we do in the studio. Pressure, reviews, whether people like our work or not isn't something we can control so we don't pay too much attention to that. The most we can do if someone doesn't like our music is to make our live shows even better for those who do like it, to prove them wrong. If there's any pressure, it's the pressure to live up to our own expectations.

What are some of the changes the band has make in terms of the recording process for this new album?

The first two albums, we made it in a dingy basement in Glasgow on our own. The biggest change is that we've worked largely with a producer called Greg Kurstin, who's done multiple things. We got along great with Greg because he understood exactly how we like to work, which having everyone in the room kind of throwing ideas around, writing spontaneously and in the moment.

I certainly stand by that quote. I think Greg really captured the essence of the album in that quote. We really wanted to show people what a CHVRCHES album was. This album is us firing on all cylinders. We wanted to be direct and still have different sides to us. We wanted to refine every aspect of the band and I think the album celebrates that.

The band has released four singles off the upcoming record. What’s the reception been like so far?

It's been overwhelmingly positive. I mentioned earlier that we tried not to get too caught up in that kind of stuff but we have seen the response to our new songs and it's going great. I think it's a good sign that fans are accepting the newer sounds and styles that we just discussed because they're starting to understand that it's important for artists to keep progressing and moving forward. The feedback has been great and we can't wait to release the album and start touring.

What’s the writing process like? How do you decide which songs make the cut for the album and which get left off?

There were a lot of songs that didn't make the cut this time around. I think we had somewhere around 40 songs before we started to cut back and confirm the album track list. The way we decide what to use is to kind of take a step back and ask ourselves which songs and which styles compliment each other as an entire album, rather than looking at them as separate tracks. Maybe it'll be different five years from now but right now, we still believe in the album format. We want to sequence things from start to finish and when you're looking to make a statement with an album, you have to make sure all of it works together to tell that story.

In a press release we got, it said you guys are returning to Jakarta. Are you going to be making a wider return to Southeast Asia?

Definitely. I don't have any dates for you just yet, but I know we intend 100% to maintain our investments in Southeast Asia because the fans there are so different from the fans from the rest of the world. There's a special kind of energy we get from Southeast Asia that we don't get anywhere else. We've toured there on the previous two albums and we've enjoyed a lot of success there so we're definitely going to return to Southeast Asia soon.