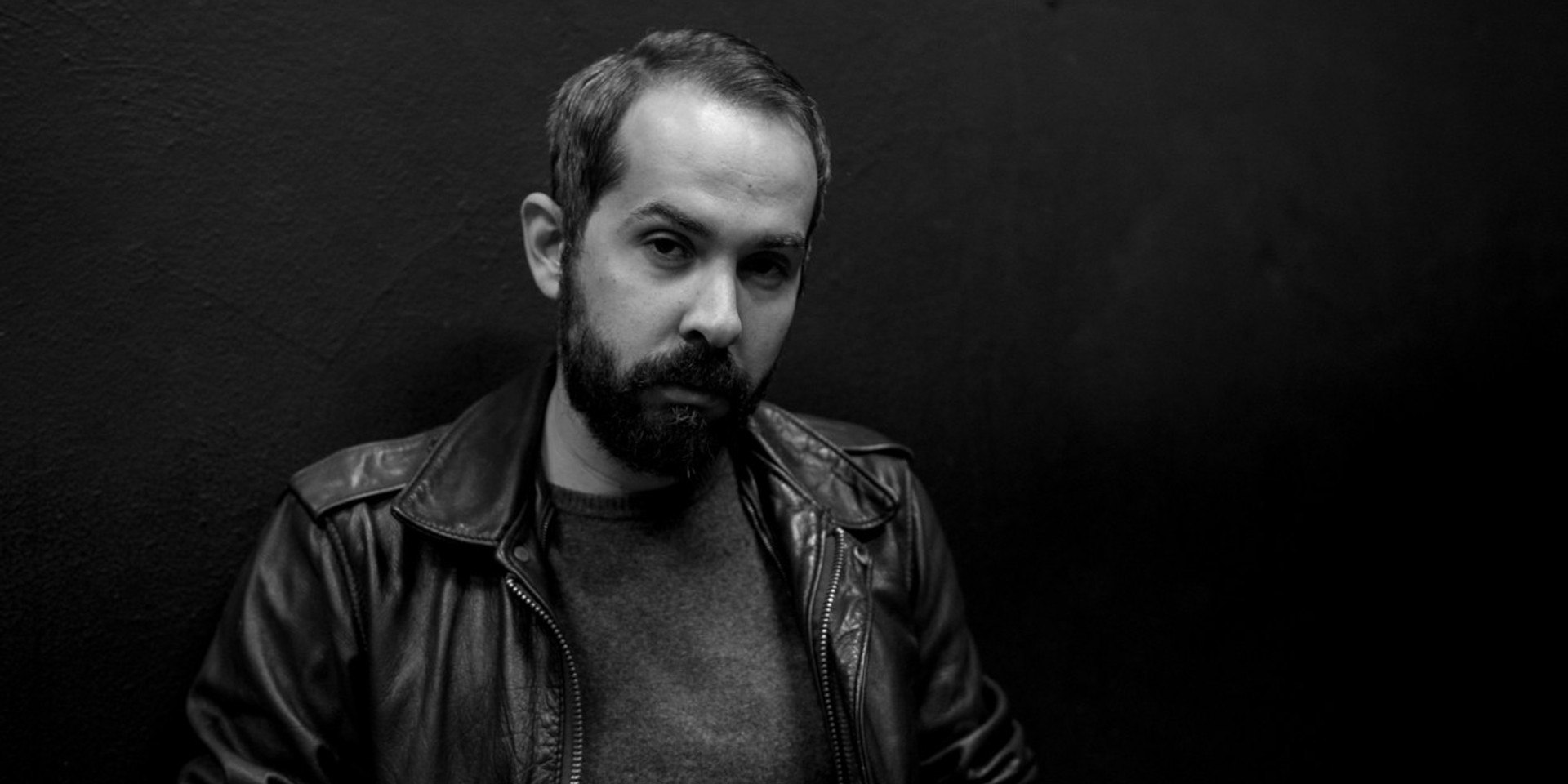 Formed in 2008 by Greg Gonzalez, Cigarettes After Sex has spent a significant portion of the past decade growing its fan base all over the world with its signature dream-pop style of music. The band's debut self-titled album was released in 2017 to critical acclaim from both fans and critics alike. Having last performed in Singapore last year to a sold out crowd, Cigarettes After Sex is set to make it's highly anticipated return to the country at Neon Lights this November alongside bands like Interpol and The Vaccines.

Your sound is often described as dream/ambient pop. How would you describe your music?

I've thought about it and I do like the dream pop genre, it makes sense to me because I think it's coming from a lot of surreal concepts and the music definitely has a dream-like feel to it. If I tried to make up my own genre, I think one that I kind of like, would be "romantic lullabies". There are a lot of lullaby aspects to the music, it's calm and soothing, it's a beautiful sound that helps you relax but what we do is, we add that element of romance and sensuality. So I think either genre labels fit us very well.

You have this constant theme of black and white artwork for all your releases. Did this start off as a conscious effort or was it something that happened naturally? Why the absence of color in your artwork?

It was very much a conscious effort. The band has been around as a concept for a long time, we've been around since 2008. During that time, we had a bunch of album covers that weren't black and white but I kind of view that period as a warm-up period for the band, the period where we were trying to find the identity and voice of the band. After that, I went back and erased all of that stuff, I thought all of the previous stuff we had done leading up to that point didn't really matter and that it was time to start afresh. That's when the 2012 release came out, and the artwork was black and white, or black and grey, depending on how you see it.

But the color theme was so fitting for our music so I had decided at that point that this distinct style of artwork was going to be what we use for our releases moving forward. In the same sense, I was looking at bands like The Smiths, I loved all their album covers and how unified they were. You'd see an album cover and easily identify it as a record from The Smiths, every single one of them was so bold and so characteristic. So that's also one of the reasons we're doing the black and white artwork, that'll be one of the things that sets us apart from the rest of the pack.

The band has built quite the formidable following for itself, with each of your songs on Spotify garnering over a million listens. Do you find yourself feeling pressurized to put out something that the fans will like instead of just following your artistic instinct?

Yeah, all the time. There's always going to that voice in the back of you head that says "Maybe you should try to do something that the fans would like" but I always have to get rid of that voice. I find that the stuff we do for ourselves turn out to be the material that the fans connect with and enjoy the most. If there's something that I love and as a musician, my instincts tell me it's great then I'm going to trust that 100%.

I'm mostly writing songs for myself that I think are amazing and that people will grow to enjoy. The most important thing to musicians everywhere will always be the music, all the choices you make has to service the songs in one way or another, it's about making the best possible song, not about making everyone else happy if the musician behind it isn't a big fan of the songs.

You finally released your debut album last year, nine years after your formed the band. It was clear with every release that came before that you had the musicality and songwriting capabilities to release an album at any point. Why did it take so long before you put out an album?

That's a great but really tough question actually. I think most of it came down to being very picky. Like I said before, I would put out music, I put out a six-song EP back then, in 2008 and I kind of liked it for awhile, we would play some of the music for awhile but then I would find myself getting sick of the songs and I would begin to feel like the EP wasn't good enough and I would delete the entire record online, I would just take it away from all the platforms available at the time. I wrote a new record with four songs, and I deleted those songs too. It was a long, vicious cycle of working on records and not liking them, deleting them, working on something else until I was completely satisfied.

We finally put out the EP in 2012 and for the first time, we were playing the songs and years were passing by and I thought "Okay, these songs are actually really good, I think this is gong to stick around." And that was the first time I had ever truly liked any material we had put out but then, it also became this situation where we wanted to make a full album with this quality, that was as magical or even more magical and even that took quite awhile, there were so many obstacles to over come.

I think it came down to us being very careful and picky about the music we put out and the way things are done musically. I have to know exactly what I want to do and how I want a record to sound before I can commit to working on something for such an extended period of time. I can guarantee that the next record isn't going to take as long, it won't take another seven years. (Laughs)

You put out two songs recently, ‘Crush’ and ‘Sesame Syrup’. Will that be part of an upcoming EP or album, or will they be standalone releases?

So the thing is, with the LP we put out last year, we recorded around 14 songs, and we narrowed it down to the 10 best to put on the record. There were four songs left off the record that I thought were great, but they just didn't meet the caliber of the record by a slight margin. 'Crush' and 'Sesame Syrup' were the two best songs out of the four that didn't make the cut and were released just as singles. I still love the songs and I wanted the fans to get a chance to hear them, I just didn't want the songs to be tied to the LP in a sense. So they're in no means new songs, they're actually kind of old, they've been with the band for a long time, but that's just the way things go.

Have you begun working on a follow-up to the record?

Not really, I kind of view what's happened with my life and the band's life over the past two years as a bit of a sensory overload, where there's so many new things happening all the time, we're constantly going to beautiful cities and meeting new people, it's a bit hard to write at that point because we're all focused on living in the moment.

I haven't written anything at all since the album came out. We recorded something about a year ago that's most likely going to turn into our second LP next year and after the current string of tours, Asia in November, there'll be a five-month intermission for us, so we'll use that time to write lyrics to what we've already recorded and we'll tweak things here and there a little bit.

You’ll be returning to Singapore this November for Neon Lights. Your last show in Singapore, which was just over a year ago, was completely sold-out. How does it feel to be able to return so soon?

I didn't really think that would have happened at all. It was our first time in Singapore and we had no idea that we had made that big of an impact on the other side of the world from where we're from and the show went really, really well. We're incredibly humble and grateful that we have the opportunity to play to a sold-out crowd in Singapore. We have this philosophy that we'll play where people like our music and Singapore just happens to be one of those places. When we got the offer from Neon Lights, it was a no-brainer, we had to do it. We're super happy to be back and we're very surprised and humbled that you want us back so quick.

For fans who weren't able to see you the last time, what can they expect from your performance this November?

I think what we try to do is, we try to do a very pure version of what you hear on the record. That's really just us onstage, we sometimes use some visuals to accompany the music but mostly we just want to play the faithful, pure versions of the songs. There's not a lot of bells and whistles at our shows, we like the turn the attention to the music itself, in a very minimalist kind of way. People can expect faithful, pure, passionate and emotional renditions of their favorite songs from us at Neon Lights and we can't wait to be back, it's going to be great.

Cigarettes After Sex is set to perform at Neon Lights in Singapore on Saturday, 10 November. Tickets to festival are now on sale and can be purchased here.

In the meantime, stream the band's debut album below.