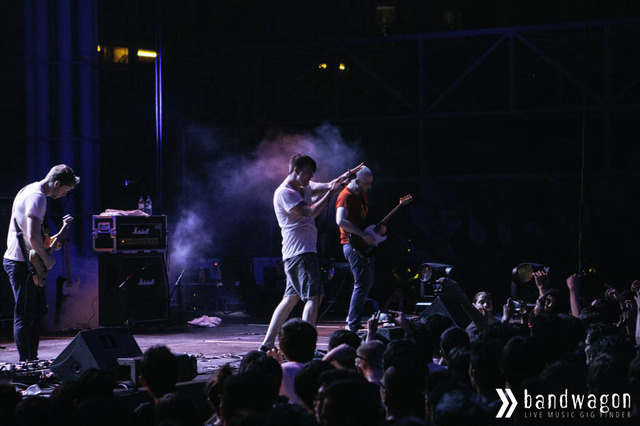 I remember back in 2005 when my conspicuous fringe was swept to one side, when I was wearing thick plastic spectacles, listening to songs of the emotional persuasion on my iPod mini - a playlist that included the likes of Underoath, Chiodos, Saosin, Funeral For A Friend and naturally, Circa Survive. Circa Survive was a little more special than their contemporary peers for they were more adventurous in their sound, containing the dynamic intensity of post-hardcore à la At The Drive-In and Glassjaw but with an indie-rock-esque instrumental experimentations similar to Portugal. The Man and The Dear Hunter. Adding a little more potency to the mix was the unique vocalwork of Anthony Green (The Sound Of Animals Fighting, formerly Saosin) whose singing voice could cleave souls in half.

It’s 2013 now, and my fringe is still swept to one side (albeit on the right side instead of the left), still sporting a thick plastic framed glasses, still listening and still a fan of Circa Survive while their past peers dropped from my musical radar quite some time ago - such is their lasting legacy and relevance. 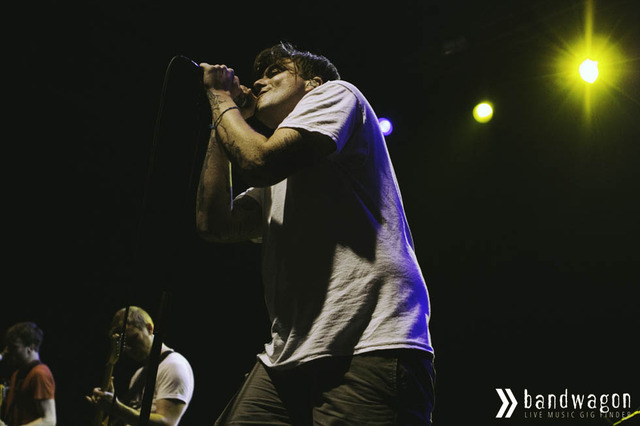 It seemed that other people thought the same too when Circa Survive finally stepped on stage at The Coliseum at Hard Rock Hotel to a roaring audience both young and old, dying to listen to Anthony Green’s vocals IRL. And charmed them he did, welcoming the crowd by rubbing his microphone as if gathering all the good vibes from the air into his hands. Truly, there was a tangible feeling of elation as they shook the venue with songs from their latest album Violent Waves alongside old favourites such as ‘In Fear And Faith’, ‘Stop The F***in’ Car’ and ‘Glass Arrows’.

The ferocity of their live set was remarkable, drawing the crowd deeper into a intensely personal experience, singing songs that were soaringly epic yet extraordinarily relatable. But most of the greatness of the set has to be credited to Anthony Green himself, who made the show a lot more engaging through his stage presence - a supremely animated character flailing about onstage, diving into the crowd, letting them sing, bantering with the audience and just being an all-round awesome person. The best part of the show was when he made a shout out to a dude on crutches: “You’re my favorite person right here, coming to a show with a bad leg. This next song’s for you.” before ripping into the classic ‘Act Appalled’. We all went mad at how awesome that moment was really. It’s things like those that make us love going to shows; the unbridled interaction between fan and artiste, making us all feel special. Something that Circa Survive absolutely has in spades. 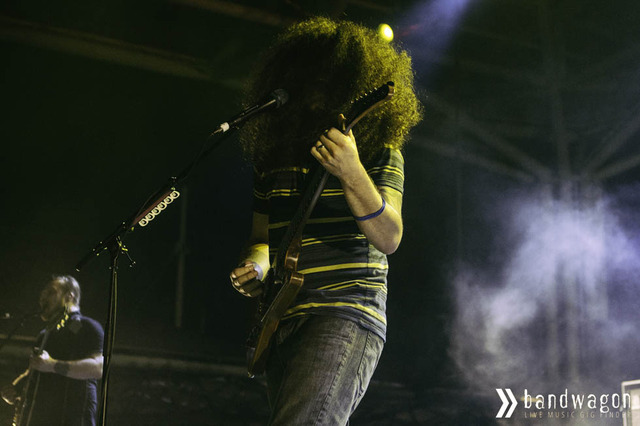 Coheed is a curious machine. They’ve never broken the mainstream proper but they’ve managed to sell out venues around the world, garnering a modest cult following. Not bad for a band that centers their songwriting on a complex storyline arc that requires time and patience to follow. Perhaps it’s the band’s habit of delving in pop despite keeping to their galactic prog identity. Or maybe they’re just so damn good live. We can testify to that from what we saw on Tuesday night.

Coming back to Singapore for a headline show after an opening slot for Slash back in 2010, Claudio and co (affectionately labeled CoCo by Circa frontman Anthony Green) are an unrelenting live presence. A headline show was only due. Their opening number ‘No World for Tomorrow’ was a balls-out metal track that was dominated by Claudio’s flawless falsetto. Man, that falsetto. Considering he has to do double duty with shredding mad solos makes it all the more impressive live (read: LIVE).

The usual moshpits and fist-pumping aside, many fans were evidently having a genuinely amazing time. One song after another, the responses were crazy. Not even security could stop the overabundance of crowd-surfers, especially during the angst-ridden closer ‘Welcome Home’ (we were pretty close to joining in as well). The crowd was a surprising mixture of young and old; the young headbanging and wearing their lungs out screaming at the front and the relatively old mostly at the back, dunking down beers and raising horns. 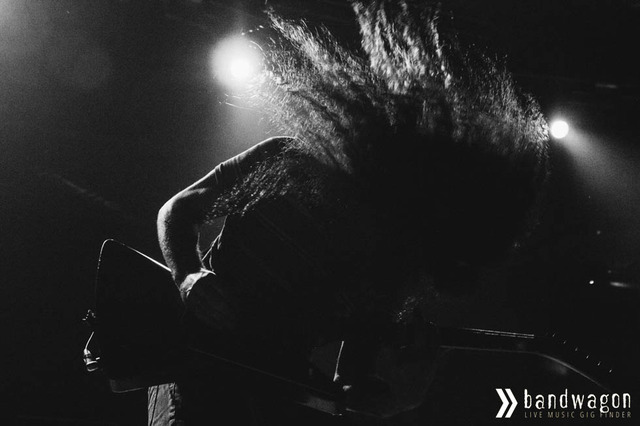 Although the setlist for the night was dominated with songs from their latest two-fer epic The Afterman, there were a few classics scattered about, although we wished we could’ve seen more of that (a little bit of ‘Feathers’ and ‘The Suffering’ wouldn’t have hurt, CoCo). Nonetheless, the band proved to be a fierce live band that stands as strong as the beast of an opera they’ve conceived (for the curious readers, it’s called The Amory Wars). Bonus points for Claudio’s fierce mane not letting a scrunchie tame his presence.