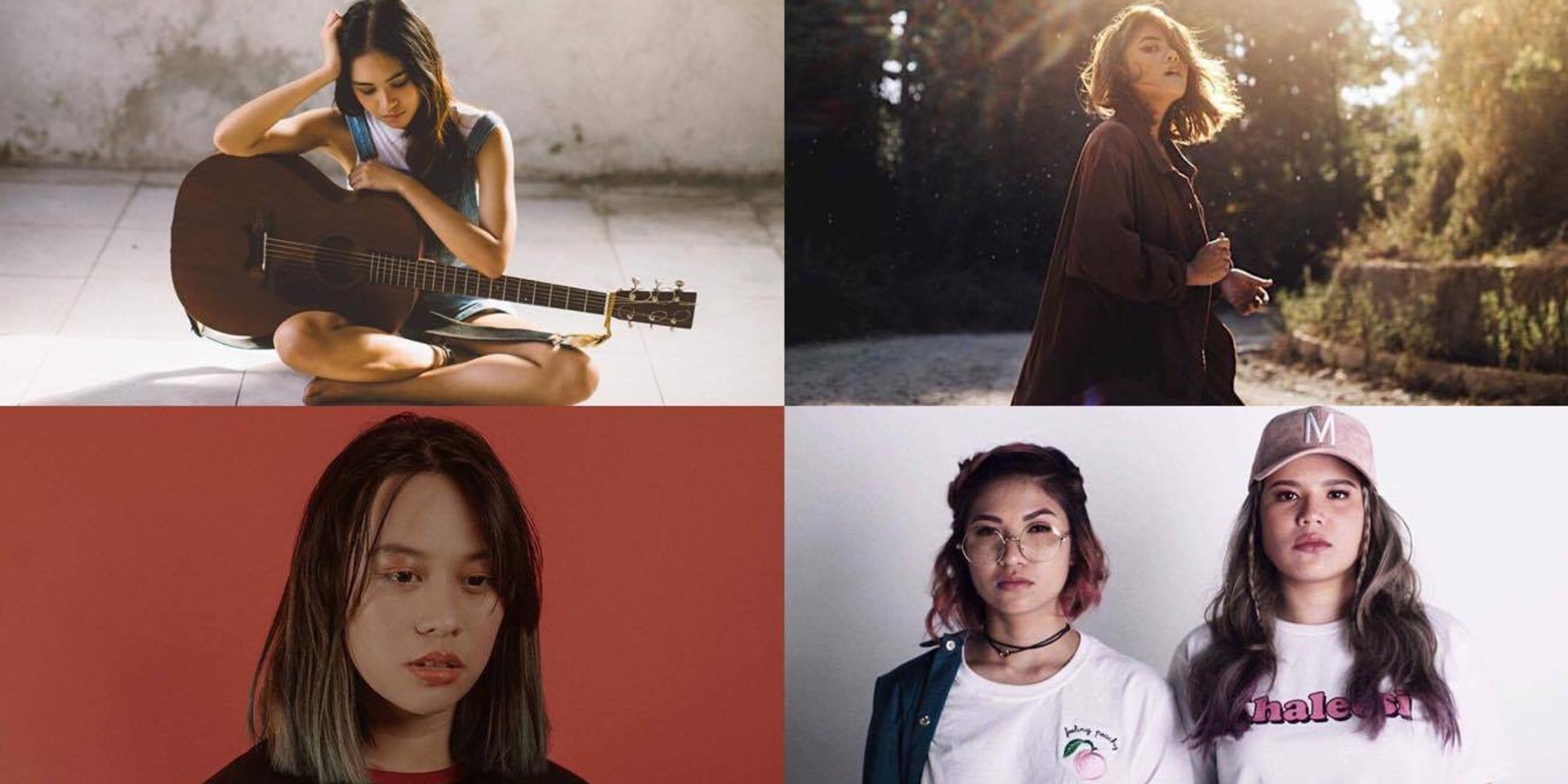 Fans of singer-songwriters Clara Benin, Keiko Necesario, Reese Lansangan, and Leanne and Naara are coming together for a fan meet called Street Teams Unite. The four fan groups - Clarafied, Reese Kids, LN Buddies and The Croptops - will be having one big fan meet on December 6, 2017 at Frank and Dean.

Tickets priced at 200 PHP will be available at the door. Party starts at 8 PM. 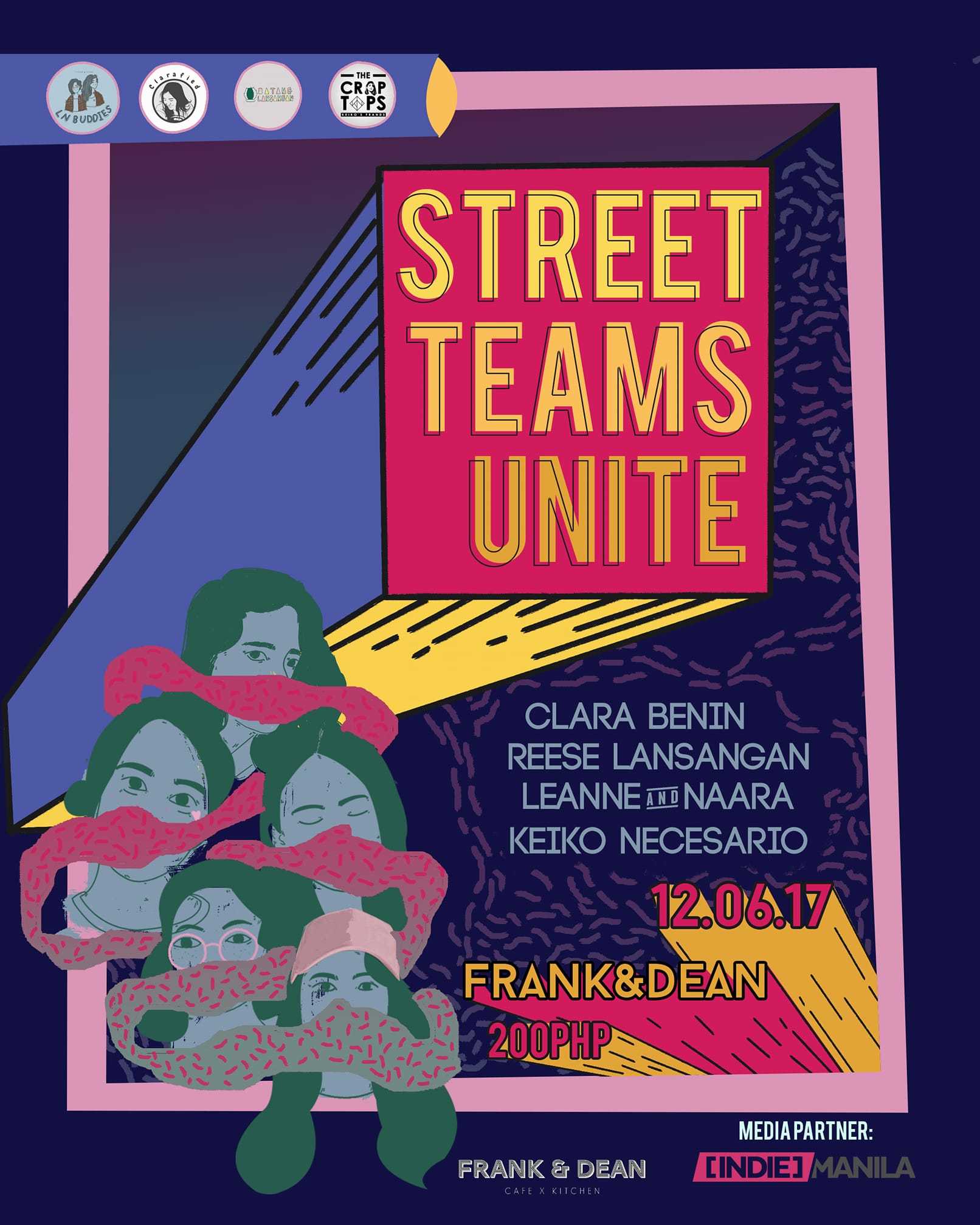 Ahead of the event, we asked the street teams about their favourite artists and why being a fan is the best thing ever. 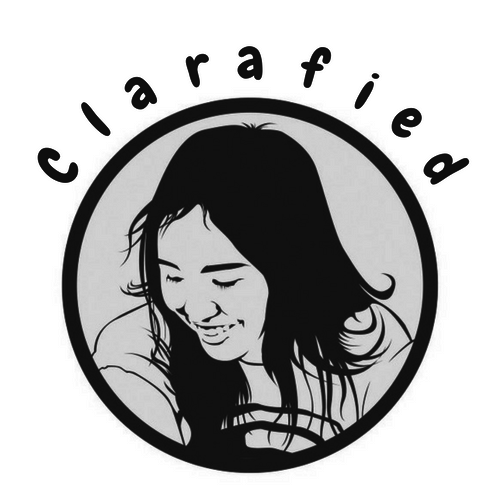 "Sometimes I take songs that aren't mine and 'clarafy' them." Clara uses this clever tagline for describing her covers on Youtube, but for us, she 'clarafies' not only songs but also hearts. That's the story behind Clarafied. Before, we used Clara's name as Clarafied's twitter name but a lot of people got confused. Some even mistook us as Clara's official twitter account. This is why we asked our followers' help for ideas and we all agreed with "Team Clara Benin".

Clarafied was born out of a fangirl's full admiration for Clara Benin. It all started back in 2012 when this fangirl stumbled upon a video shared on Facebook wherein Clara was singing Adele's 'Rolling in the Deep' live onstage. She followed Clara on the internet from then on, one Youtube cover to another. It was the song 'Closure' that made her start a twitter fan account. Later, a giveaway of Clara's first self-titled EP made way for another fan to become part of the team. From there, the team supported Clara Benin and her music. For years, the followers of the fan account grew as more and more people are "clarafied".

What is your favourite Clara Benin song?

What is the best thing about being a Clara Benin fan?

The best thing about being a Clara Benin fan is knowing that you're not only a fan of the lyrics and the music, but also the heart and soul behind it. Clara shows not only her passion but also her faith through her music and it is really felt by whoever listens to the songs she crafted. It's also rewarding to see her grow as a musician over the years. She still has a long road to take and we're lucky to be recognized as part of those people who support her and would love to see her gracefully singing 'til kingdom come. 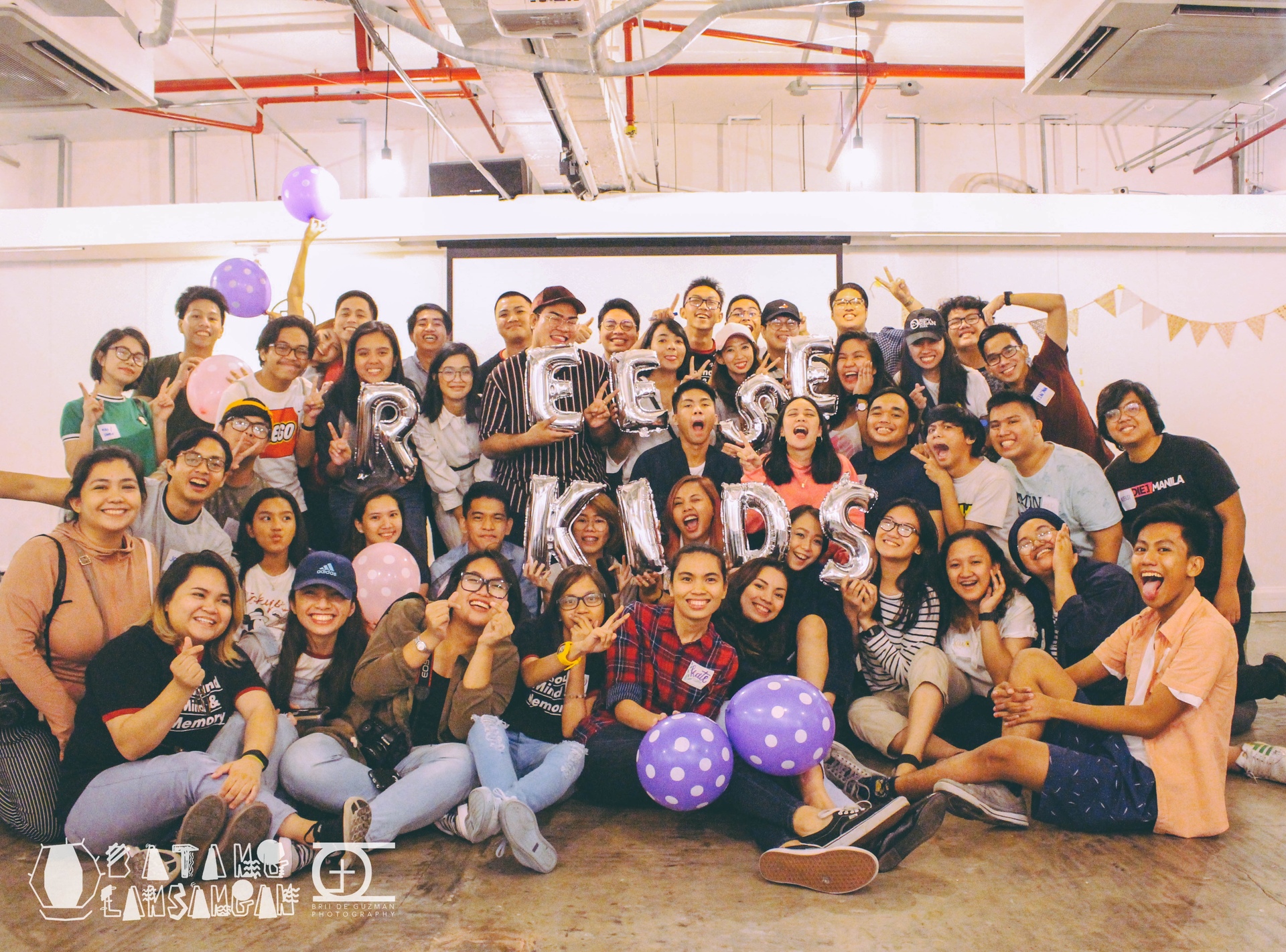 We asked Reese first what she wants to call her street team. She then suggested “Batang Lansangan”. But when we made the twitter fan account, Batang Lansangan was too long for a username so our founder— Ara Tangco— came up with “ReeseKids” which is more familiar now to the fans and it can be easily identified as Reese's street team.

Our street team was established June 10, 2015. That’s when we tweeted Reese if we can make a fan account for her and she said she was honored then asked, “Pero ilan tayo? Sampu?” then laughed.

What is your favourite Reese Lansangan song?

It's really hard to choose which one. Specially when we have our own personal favorites. Hahaha.

What is the best thing about being a Reese Lansangan fan?

Our favorite thing about a fan is, ironically, not being treated like one! Haha. She lets us in on her upcoming projects and gives us sneak peaks on her music videos and things like that. And when we work together, like on the music video for 'Grammar Nazi', we really saw her professionalism and how she has a keen eye for details. She also hangs out with us before and after her gigs. Sometimes, she plays board games with us and even share personal stories. We really feel like we're friends. Haha. 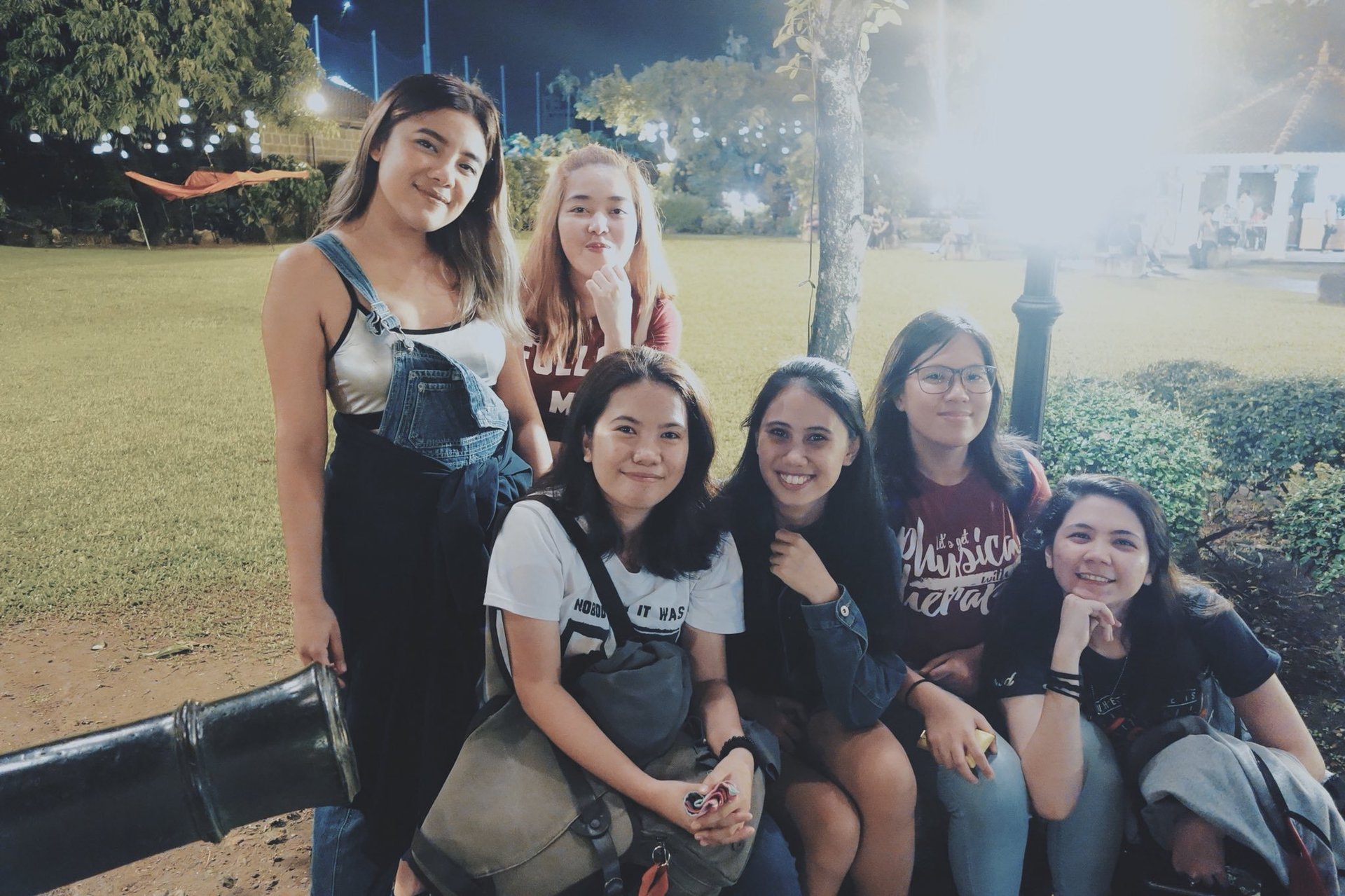 It all started when Keiko did this IG live thing last April 12. We all know that she loves doing that whenever she has free time. She did the live stream while cooking, then suddenly someone noticed the clothes she was wearing that time, and said "Magluluto lang, naka-crop top pa!" That's where the name "The Crop Tops" came from.

CJ made this twitter account (@thecroptops) right after the live stream, for fun, cause we all know that Keiko loves to wear crop tops.It didn't take long for the people who watched the live stream and who followed the account to become friends. We would go to Keiko's gig together and Keiko would call us "frands" cause her fans are not just fans for her, but also friends.

What is your favourite Keiko Necesario song?

'Through It All', because every time she sings it, it makes you feel something.  She is always full of emotion, you can feel the story behind the song.

What is the best thing about being a Keiko Necesario fan?

The best thing about being a Keiko fan is that she never treats us as a fan only. She inspires us, she cares [about us], she always makes time for us after every gig. It's funny 'cause she's like a teacher - checking our attendance every time, "Kulang kayo ah? Naasan si ... " Even when we are busy and can't attend her gigs, never siya nagtampo samin. We are very blessed and thankful to have Keiko as our frand . 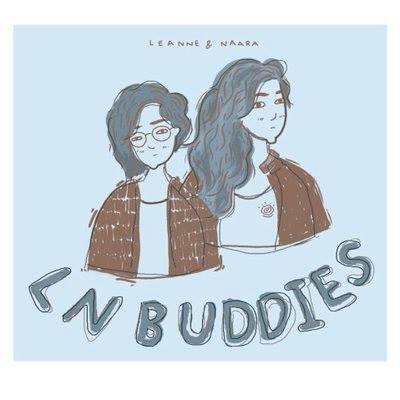 It was actually the two of them who made the choice. We sent them a list of potential street names (e.g. Leannartians, Leannarbies  LN gummies) and they said they want us to be called their "Buddies".

I believe it was love at first sight when I first saw them on TV and remember telling myself, "Oh my god, they're so damn good!".

I was inspired by my best friend who founded a street team for this independent artist that we all love (hint: she's on the lineup) and I felt a little challenged to start my own team. From that instance, I started following them on social media, and after a little while of stalking them ( that sounds creepy but yeah) I sent them a message telling them how great they are and how much they inspire us in many ways.
After reading their response, I realized that they deserve to be known and loved by many.

I then asked them if it's okay to start a Street Team. They were a little puzzled of the term but were so thankful and appreciative when I was able to explain it further.

I got invited to their gig at Frank and Dean. It was such a memorable night. From then, the team was established.

What is your favourite Leanne & Naara song?

We can say that our favorite song is 'Again'. It isn’t a love song but people who learned how to love; and to the people feeling down, it gives them that feeling of excitement again. Because of Leanne and Naara we always feel that comfort with their songs. It’s actually hard to explain but they always create songs from their heart for their audience and for the people who listens to their music.

What is the best thing about being a Leanne & Naara fan?

The best thing about being a Leanne and Naara fan is that much more than the inspiration this duo can give to us, they became a bridge that connects people who share the same interest and love to the OPM scene. Because of them, we found a family and we're truly grateful for that.