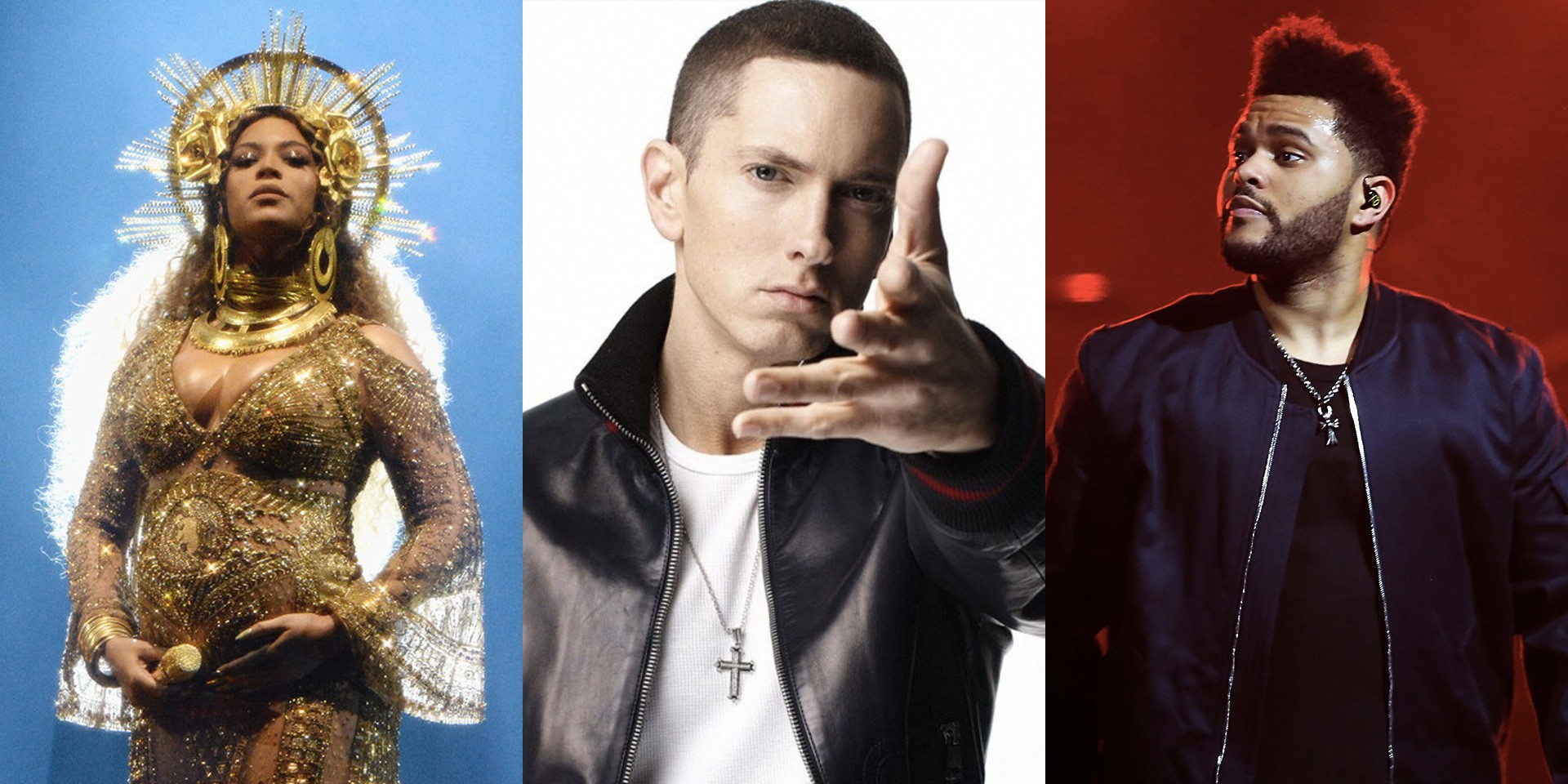 The annual Coachella Valley Music and Arts Festival has been enshrined as one of the top music festival destinations in the world, and it's no surprise.

Year after year, they've curated balanced line-ups featuring some of the biggest names in music, and tickets are sold out in mere minutes. This year continues that tradition on both fronts with Beyoncé, The Weeknd and Eminem forming the Coachella headliner triumvirate of 2018 over two weekends: April 13-15 and April 20-22. The rest of the line-up? It's a beauty.

Hip-hop fans will barely be disappointed with the addition of Post Malone, whose watershed year of 2017 has suitably earned him high billing here, along with Tyler, The Creator, Cardi B, Vince Staples, Migos, BROCKHAMPTON, Aminé, Kamaiyah, 6LACK and French Montana. R&B still presents a hefty selection, with SZA, Miguel, Daniel Caesar, Kali Uchis and Kelela all coming in with fresh and exciting material from the previous year.

But, unlike previous years, there's a noticeable increase in sizzling indie acts — and also a decrease in EDM — with the addition of Fleet Foxes, St. Vincent, The War On Drugs, alt-J, HAIM, King Krule, and Angel Olsen taking precedence alongside Portugal. The Man, who've made the unique leap from indie rock savants to modern radio pop favourites.

General admission tickets are priced at US$429 (including fees and taxes), while the Festival Pass and Shuttle Combo is $504. VIP Festival Passes are $999 and VIP parking is $150. Ticket sales run notoriously short every year, so be sure to camp at Coachella's official website come January 6th, 4am (Singapore time).

And as for the rest of us who can't afford passes (or flight tickets), let's cross our fingers Coachella continues their tradition of live web-streams.

Check out the full line-up below. 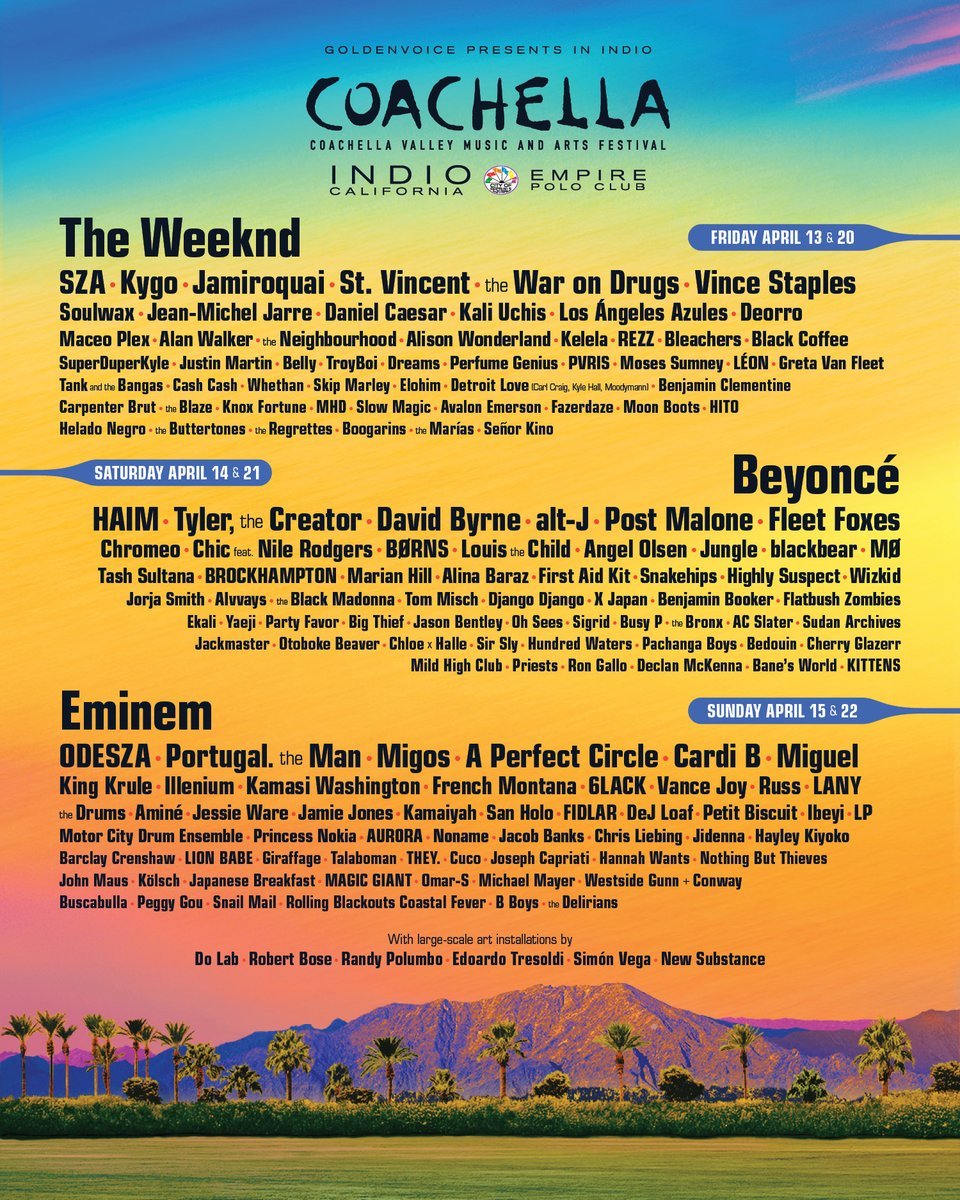