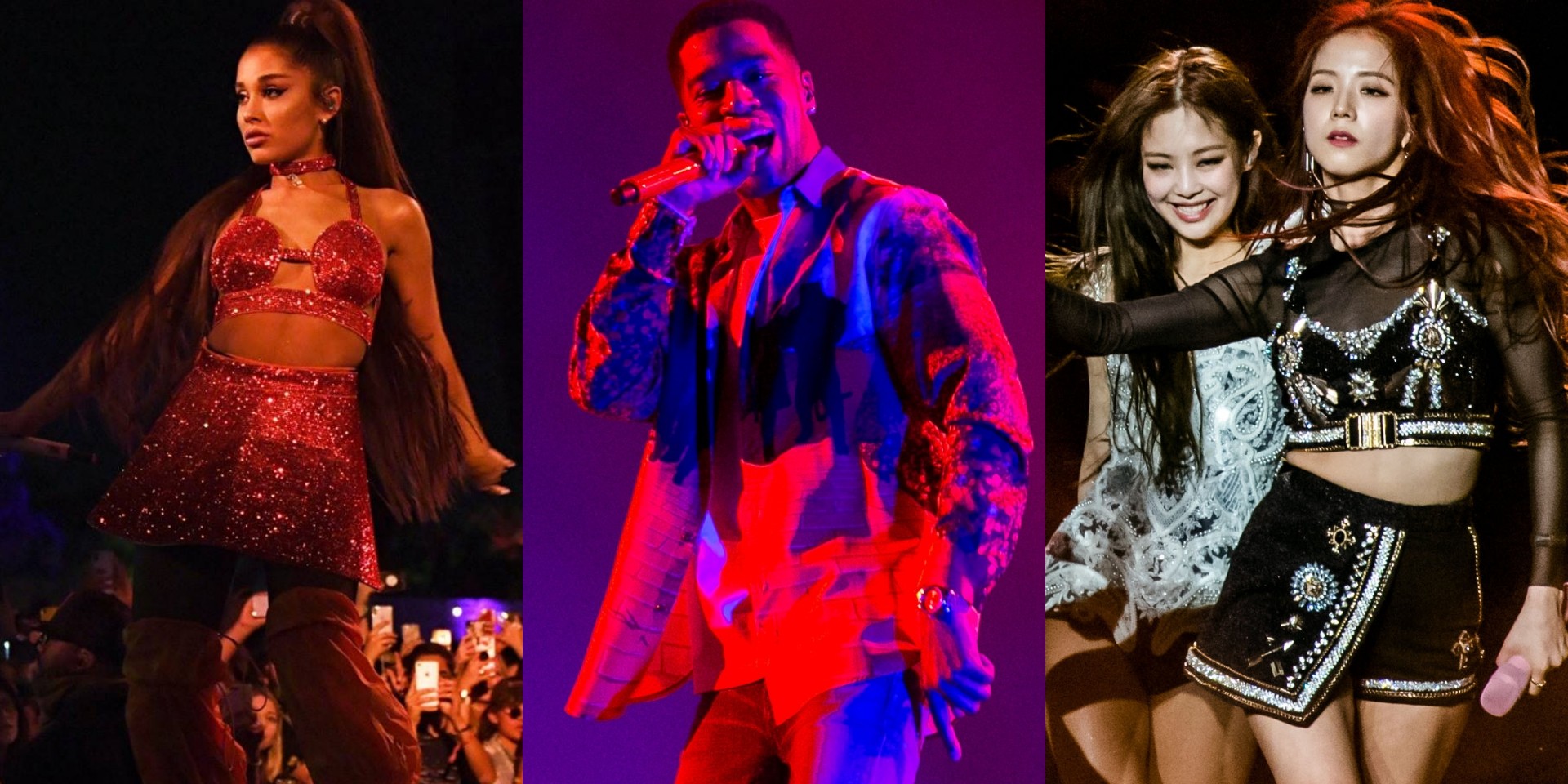 The annual Coachella Valley Music and Arts Festival is, undoubtedly, an unmissable extravaganza of Internet-breaking performances. Every year, the curated power-packed musical lineup are FOMO-worthy moments for those who were not present. But, in case you did, we've chosen, after much deliberation, the best performances that happened over the first weekend.

Check out our roundup of the highlights below.

Kacey Musgraves, the hero for all horse girls out there, made country music cool again with a glittery, large disco ball set to the desert last weekend. Apart from the "yee-haws", Musgraves brought out everybody's favourite Instagram grandma Baddie Winkle for a special appearance during 'High Horse'.

BLACKPINK made history as the first all-female Asian group to perform at the festival and made full use of this moment. The ladies were pitch-perfect for all of their solo and group performances – not forgetting the perfect choreography, too.

The 1975 showed glorious showmanship, complete with the recreation of its unforgettable and joy-inducing music video for 'Sincerity Is Scary'. The band even brought out Filipino singer-songwriter and labelmate, No Rome, to chime in on the proceedings.

Performing against an elaborate and visually arresting backdrop, Janelle Monáe was peak-Monáe that night – costume changes, powerful dance moves and wickedly exceptional vocals were the ingredients of a breathtaking set. Lizzo made a cameo appearance that hinted at the greatness she'll undoubtedly bring soon.

Amidst the the global premiere of his feature film Guava Island at the festival, Childish Gambino led the audience through a groovy, aurally arresting spectacle of hits, with the addition of an unreleased one, 'Human Sacrifice'.

DJ SNAKE kept the audience on its feet throughout his set but the peak, adrenalin-pumping moment came when Ozuna, Selena Gomez and Cardi B showed up to perform 'Taki Taki'. Everyone was unhinged – and rightfully so.

Day two headliners Tame Impala did what they did best: An insane production of masterful psychedelic tunes woven in a misty, chilled-out-hued-lighted setting. The band also gave festivalgoers a taste of new material from its forthcoming album and left them wanting more.

Despite technical difficulties throughout her set, Billie Eilish made her debut at Coachella a memorable one – she pranced around with insurmountable swagger, seamlessly spat out rap lyrics and brought out Vince Staples for '&Burn'. She brought her distinct brand of maximal pop to life.

Mac DeMarco gave the crowd a preview of his upcoming album, Here Comes The Cowboy, and slathered on waves of slacker rock to the crowd as the sun went down on day two.

Kid Cudi closed out his phenomenal set at Coachella with a tribute to both Nipsey Hussle and Mac Miller with the 2010 single with MGMT and Ratatat, 'Pursuit Of Happiness', with the help of the audience, which sang it as loud as possible.

Multi-instrumentalist/producer extraordinaire FKJ treated the audience with a full-blown masterclass of groove and even brought out Masego during his performance of 'Tadow'. Needless to say, jazzy blues and house grooves resided in every particle around the stage during the set.

British rapper/singer Little Simz proved to the world why she's the one to look out for. The production of her set was minimal but with the parade of bold delivery and fierce attitude, she honestly, didn't need much to bring the crowd into a euphoric state.

Despite standing a top a massive iceberg at the start of his performance of 'If You Know You Know' and being surrounded by, what seemed to be, snow creatures, Pusha T brought the heat and fired up the crowd during the early hours into day three of the festival.

Bad Bunny brought out J Balvin for 'Tu Sensualidad' and 'I Like It' and waved the flag for Latin trap high and proud on day three of the festival. Before he ended, he proclaimed: "I feel very happy, very grateful to all of you. I’m very proud of what I represent, of the Latino community that has come far speaking the language they speak in my country".

Blood Orange's Devonté Hynes started his set with a cover of Neil Young's 'Heart Of Gold' and proceeded to transport the crowd to the heavenly realm where R&B, funk and electronica mingled and merged. He also brought out Tei Shi and Lil Yatchy for an exclusive rendition of 'Hope', off his 2018 album Negro Swan.

The Compton rapper kicked off his set with a tribute to the late Nipsey Hussle by playing a clip of the rapper and footage from last week's funeral procession. Later in the set, during his performance of 'BPT', he stood on a small platform that elevated him high above the pool of festivalgoers.

shout out to the back up dancers for Lizzo's #Coachella set...

WHO KEEP DANCING WHEN THE AUDIO BREAKS pic.twitter.com/GQ5LfHwZwW

Lizzo, all glammed up in a shimmery, silver leotard, schooled the crowd on body-positivity and self-confidence. She wasn't even unfazed by the technical difficulties. She twerked, belted and sassed her way around the stage. Her set culminated in a banger-filled party that exuded nothing but strength and confidence. Even Janelle Monáe agreed.

@ArianaGrande and @NSYNC live at #COACHELLA #ARICHELLA
this choreo is everything! pic.twitter.com/KFYLyOAJo2

Delivering arguably the best performance of the first week, Ariana Grande laid out a thrilling, almost-two-hour set consisting of numerous costume changes, intense choreography and immaculate vocals. She also reunited *NSYNC, sans Justin Timberlake, much to the delight and screams of the audience.

Perfume was the first J-pop, all-female group to perform at Coachella. The girls' presence was a tangible validation of Asia's place in music. We congratulate the girls on this pop cultural feat. As is seen in the video, the crowd was clearly pumped by the performance.