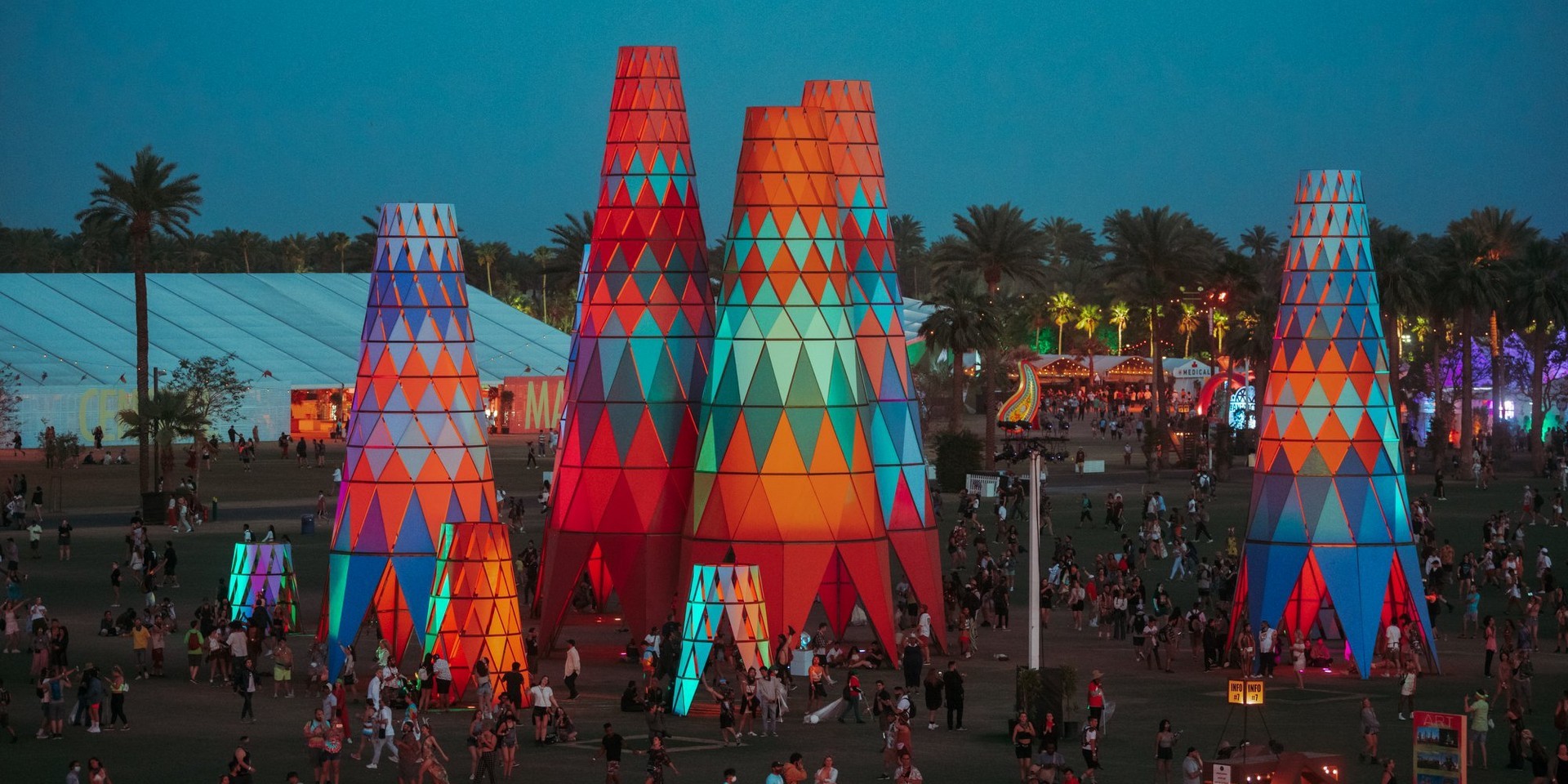 This past weekend's Coachella Valley Music and Arts Festival was the perfect return to the festival circuit for thousands of music fans.

The California desert music fest opened up to the entire world via livestream from YouTube, where global viewers were able to also enjoy live performances by Harry Styles, Billie Eilish, The Weekend, Swedish House Mafia, Doja Cat, Japanese Breakfast, and many more, plus exclusive behind-the-scenes content you can't get anywhere else.

Here are some highlights from this year's Coachella Valley Music and Arts Festival livestream:

Harry Styles made his Coachella debut one fans will never forget. He might've stepped up on stage in all black, but he blessed it in a dazzling Gucci sequined jumpsuit that screams pure joy.

From opening with 'As It Was' and shimmying through 'Woman', Styles shared a moody new song titled 'Boyfriends' from his upcoming studio album. He also gave a nod to his boyband roots with One Direction's 'What Makes You Beautiful', before calling Shania Twain to the stage for 'Man! I Feel Like a Woman!' and 'You're Still the One'.

Asian artists continued to their rise on the global stage as 88rising made history at the main stage of Coachella 2022. On top of being the first record label to deliver a full-blown showcase, NIKI and Rich Brian officially became the first Indonesian artists to perform at the festival, while Jackson Wang was the first Chinese artist to perform on the main stage.

The 80-minute set also featured the label's standout powerhouses Warren Hue, MILLI, and BIBI, along with J-pop icon HIKARU UTADA and K-pop queen CL, and the surprise appearance of 2NE1.

“We are Disclosure, it’s good to be back," brothers Howard and Guy Lawrence cried into the crowd. "We missed you so much."

The British electronic duo delivered maximum energy and vibes throughout their 75-minute set. They were joined by multi-awarded singer-songwriter Khalid to perform 'Talk' and six drummers to take things to the next level for 'Energy'.

Megan Thee Stallion made the most out of her Coachella debut as she performed an unreleased song that featured samples from Jodeci and Wu-Tang’s 'Freak’n You Remix', dedicating it "to whom it may the f—k concern."

Billie Eilish also made Coachella history this past weekend as the festival's youngest headliner. The 20-year-old GRAMMY Award-winning singer owned the second day of the festival with her hits 'bad guy', 'ocean eyes', and 'Happier Than Ever'.

Of course, Coachella wouldn't be Coachella without some special guests. During the 'bury a friend' act's set, she brought out Gorillaz' Damon Albarn and De La Soul's Posdnuos to perform 'Feel Good Inc.'

Carly Rae Jepsen took the lead in raising the roof of the Mojave tent for her return to Coachella. She drew the crowd into a feel-good frenzy with her energetic set, packed with hits and bliss.

'Call Me Maybe' turned into a massive singalong that still hits you in all the right places. The Canadian singer also debuted a new song called 'Western Wind' and closed her performance with 'Cut to the Feeling'.

A rush of good feelings filled the Mojave tent when Japanese Breakfast took the stage. Frontwoman Michelle Zauner was exuding positive vibes throughout their entire performance. With her best-selling memoir Crying in H Mart and a nomination at the recent GRAMMY Awards, there was nothing that could bring her down that weekend.

The group opened with 'Paprika', then went on to play the crowd-favourite 'Be Sweet' and 'Kokomo, IN'.  A gong adorned with lights also made an appearance centre stage, before a montage of photos from Zauner's childhood was projected during 'The Body Is A Blade'.

Fresh from her win at the GRAMMYs, Doja Cat brought back Mexican pizza at her first solo Coachella performance. She was all about rock n' roll, bringing massive pyro and a full-on production with dancers and multiple outfit changes.

Opening with a montage of music from her Soundcloud days before stomping on the prestigious stage was a full-circle moment for the singer, rapper, and producer. Through all the heat of her set, Doja Cat introduced the audience to a new song titled 'Vegas'. She was also joined by American rapper Rico Nasty for fiery takes of 'Juicy' and 'Tia Tamera'.

The Weeknd played a back-to-back set with Swedish House Mafia for his Coachella headlining appearance, closing off the first weekend of the festival. Hit after hit, the Canadian singer impressed the crowd with a crazy performance and a stunning set design that people wouldn't have guessed only took last minute preparations.

In their 17 songs in their dual set, Swedish House Mafia played 'Don't You Worry Child', which brought audiences to a cathartic state in the time of a pandemic. The Weeknd also threw in fresh takes of his collaborative efforts on Kanye West's 'Hurricane', Ty Dolla $ign's 'Or Nah', Future's 'Low Life', and Drake's 'Crew Love'.

"If you see a girl with better hips, let me know," frontman Damiano told the crowd after revealing his unmatched, bold outfit.

What was your favourite set from the Coachella 2022 livestream?