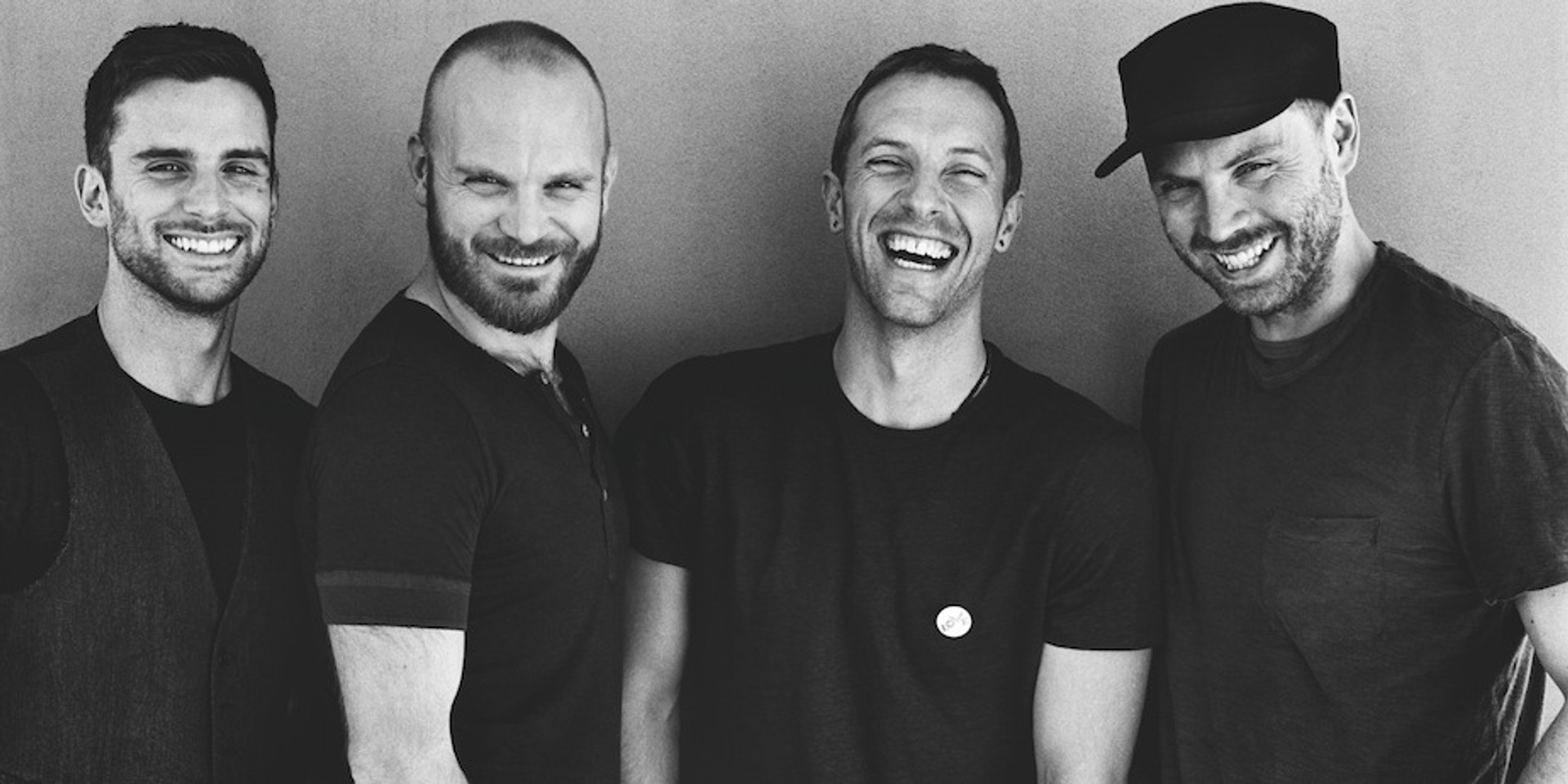 A pre-sale was set up today exclusively for Citibank members to purchase tickets for Coldplay's 2017 show in Singapore.

Originally intended to last from November 17th to 19th, all tickets assigned for Citibank were sold out this morning.

Not just in the morning, but according to multiple tweets, it was only a couple of minutes when tickets were declared unavailable — fans have reported 50 minutes all the way to a mere five minutes. The concert is set to happen on April 1st.

Coldplay's tickets for Citibank card (Pre-sale 1) are already SOLD OUT in less than 5 mins! GDluck for another pre-sale! #ColdplaySingapore pic.twitter.com/6v6lBBndk6

singaporeans reeeeeaally kiasu, coldplay PRESALE tix sold out in less than 5 minutes. can i imagine if ariana came ffs.

Coldplay sold out their Singapore pre-sale in like half an hour gawd damn pic.twitter.com/SuLKAQs2Rm

At 12pm, organizers Live Nation Lushington confirmed that the pre-sale tickets were already sold out by then, and that an additional pre-sale will be set up on Sunday, November 20th — this time, for their mailing list subscribers.

A newsletter will be sent on November 19th with an exclusive code that'll allow early ticket purchases on Sunday, from 10am to 11.59pm. Public ticket sales will commence on Monday, November 21st at 10am. Both the pre-sale and public sale will be conducted on Sports Hub's official ticketing platform.

As of now, fans are already up on Carousell, either selling or looking for tickets. Some scalpers have opened themselves to offers from fans, who are already desperate to get their pair, with one asking for up to SG$1000. 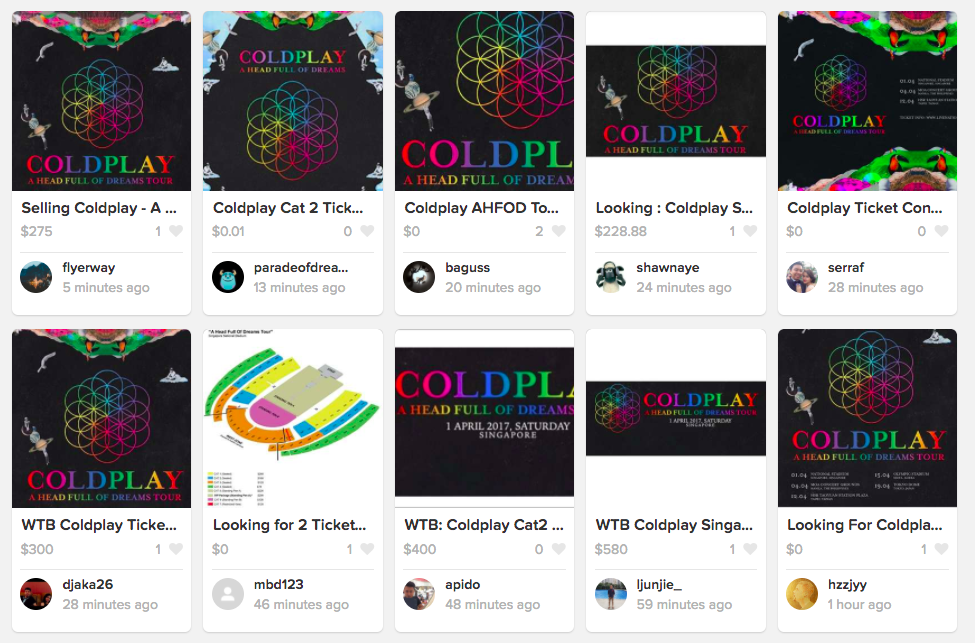 Meanwhile, several tickets on Viagogo are going above their original asking price, and many are already being snapped up. Twitter user @selectdelete points out that scalpers are already selling VIP passes, despite the fact that VIP tickets will only go on sale next week.

@BandwagonAsia this one kena scam, sell VIP on viagogo worth 300 for 1,900... when in fact VIP isnt even on sale yet pic.twitter.com/Ek0KZiSGQP

All we can say is, we hope you're ready on Monday. We're not surprised if this ends up being an entirely sold-out affair.