Look at this picture. Just look at it.

Yes it is oddball Steve Buscemi (the one with famous eyes) and oddball indie music darlings Vampire Weekend, in silly headgear, just hanging out together and singing songs. No big deal. 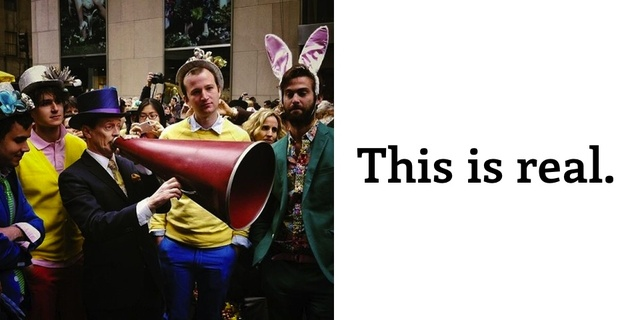 Not sure if this is sad news or not but Steve Buscemi is not going to be the fifth member of Vampire Weekend. He did however, march with the band at the Easter Parade in New York and even sang the chorus of VW's new rockabilly-styled track, 'Diane Young.'

But these casual hangout sessions might turn into something more long-term, as Buscemi takes on a directorial role for Vampire Weekend's 28th April show at The Roseland Ballroom, NY which will be streamed live. Yay Internet! 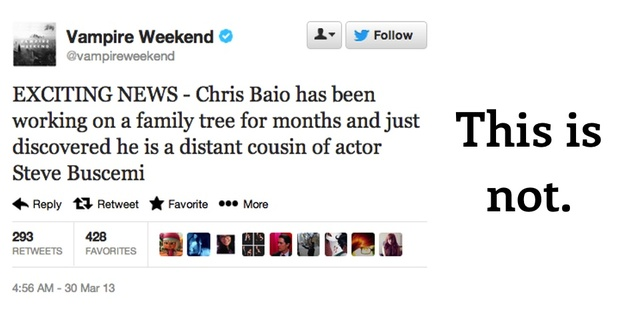 Check out the time Vampire Weekend came to Singapore HERE