Words by Bandwagon
Photography by rocksound.tv

Metalcore may not be as big as the MySpace days but with bands like While She Sleeps, there's no doubting it's far from an imminent death. The British five-piece has been annihilating sound systems and portable speakers since their audacious debut, The North Stands for Nothing. Where metalcore of the 00s embraced poppy chrouses and sleek production packaged in a turbulent but undeniably accessible presentation, While She Sleeps represents a new breed of metallic hardcore flag-wavers who are restless thrill-seekers and worshippers of all things chaos.

September 13 will mark their live debut in Singapore and we expect nothing less than a visceral, energetic show that'll get us back into the moshpit after gigs of standing around and nodding along. We can't let you guys miss out on this show as tickets are selling fast too, so we have two pairs up for grabs. 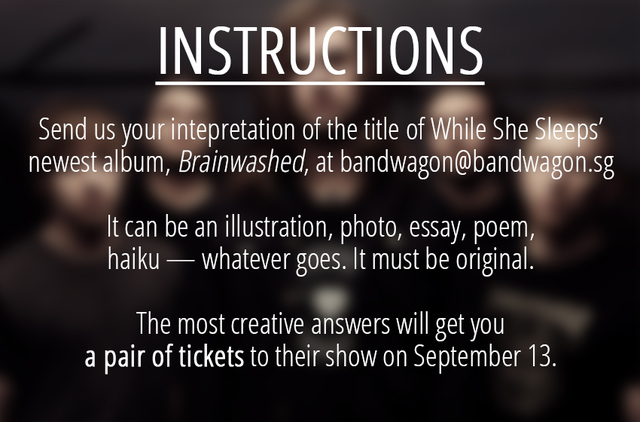 WHILE SHE SLEEPS LIVE IN SINGAPORE 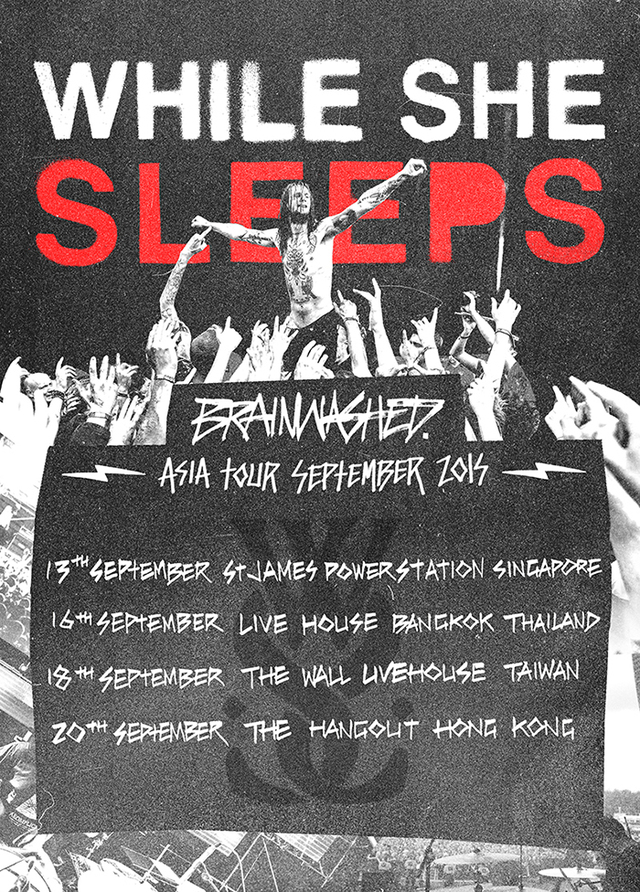