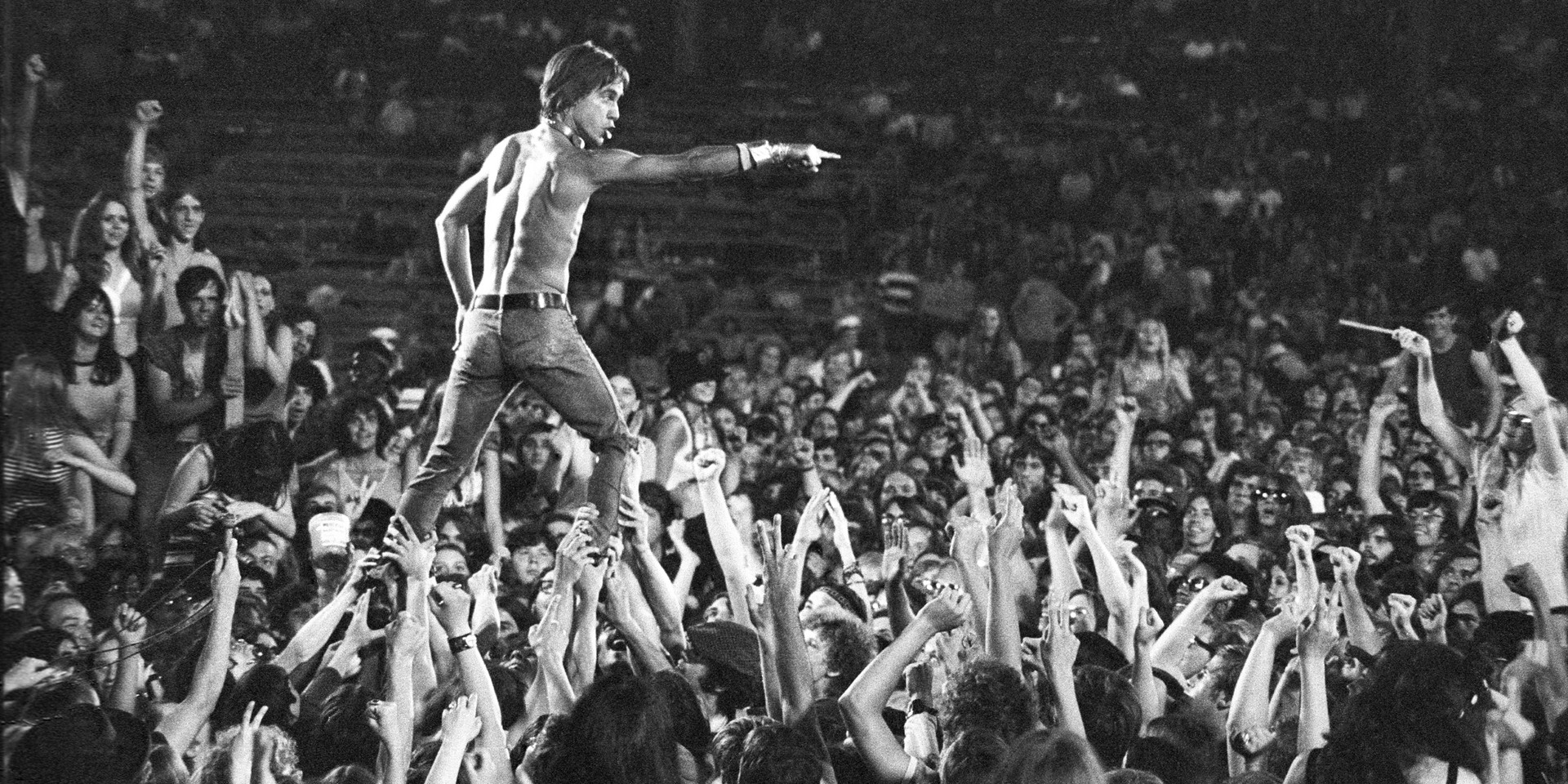 The Stooges are the rare breed of rock band, whose stories are not cliched myths from the tiresome and dated lore of rock & roll, but are unnervingly true.

Rock music may now be a genre equally suited for consummate arenas, corporate-sponsored festivals and dingy jamming studio gigs. But back in the late 1960s, it was a genre powered by a deafening youth-driven counterculture that opened up ideals and generated iconic moments in modern history.

The Stooges, instead, brewed anarchy and danger in rock music that rarely any band have been able to rival, unearthing the kind of tales about violence, sex, drugs, and rock & roll that would generally elicit more discomfort and rage than euphoria.

This unhinged quartet were already remarkable by their live shows alone — appearing at venues high on drugs, destroying equipment on the regular, and even turning on and baiting their audiences. Iggy Pop, their confrontational and iconic frontman, frequently bled, stripped and — in an era where this was uncommon, almost unheard of — crowd-surfed.

The band's appearance at the Cincinnati Pop Festival in 1970, where Iggy manages to drive the initially static and uncaring crowd towards a frenzy at the end.

He wasn't alone with shocking antics too — guitarist Ron Asheton, a history buff, gleefully wore Nazi uniforms onstage, an act that nearly got him beaten up by the Jewish Defence League.

Their last show in the 70s, another regrettable but legendary bookmark in the band's history, featured a hostile audience mainly made up of biker gangs who were there to attack Iggy Pop for comments he made days earlier, denouncing them over the radio. Towards the end of the show, the frontman readily jumped into the crowd to receive his fate.

Their career rested on the exhilaration of being alive, and coming from their troubled beginnings in Detroit, their music was an ugly and raw counterpoint to rock's glorified and theatrical state in the early 70s.

They were unstable, uninhibited, and unimaginably brilliant — a band so ahead of their time that even their shock tactics, a key factor that drove hordes of teens to Marilyn Manson and Nine Inch Nails concerts in the mid-90s, were not enough to keep the band together and earn them the money and fame that pushed Led Zeppelin and The Doors to the forefront. 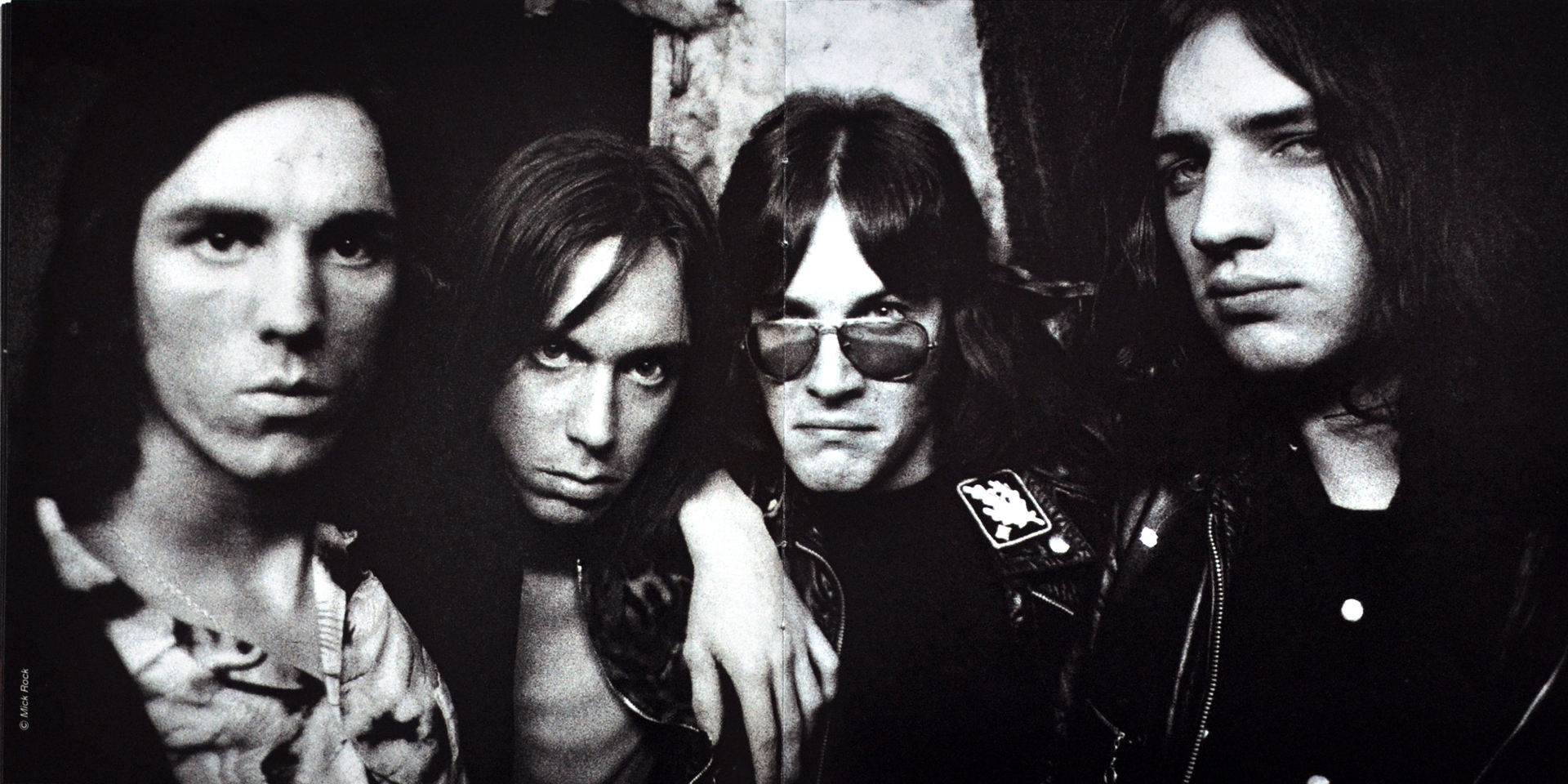 However, history has been kind to the foursome, and The Stooges are now properly viewed as progenitors of punk and alternative rock, and will forever be an incredibly important presence in the annals of music history, right up there with The Velvet Underground, David Bowie, MC5, Black Sabbath and many other transgressors to rock traditionalism.

Their self-titled debut? A stone cold garage rock classic. Fun House? A wild record that introduced rock to free jazz. Raw Power? The album every punk band wished they made.

Inspiring acts from Nirvana to Nick Cave, Patti Smith to The White Stripes, The Stooges undoubtedly stand as one of the most influential rock bands of all time.

The Stooges have now been immortalized in Gimme Danger, a retrospective and reverent documentary by Jim Jarmusch that traces their storied history — from the band's beginnings in rough and tumultuous Detroit, all the way to their trailblazing shows in Los Angeles and cities throughout the US, their eventual break-up and brief reformation, and the massive influence they've since inflicted upon music.

The movie will be screened in Singapore as part of SCUFF (Singapore Cult & Underground Film Festival), an annual event by local film collective SCUM Cinema.

Gimme Danger is one of four films featured at the festival — the other three being The Eyes Of My Mother, a dark story about a disturbed, lonely farm girl, Prison On Fire, a carefully weaved tale of prison life in Hong Kong, and Coffy, a classic Blaxploitation film.

Courtesy of SCUM Cinema, we're giving away four tickets to the screening of Gimme Danger, happening on February 26th.

*All contest entrants (and friends) must 16 years old or above as of the screening date to be eligible for this contest. All winners are required to bring along their ICs to SCUFF 2017 for verification purposes.