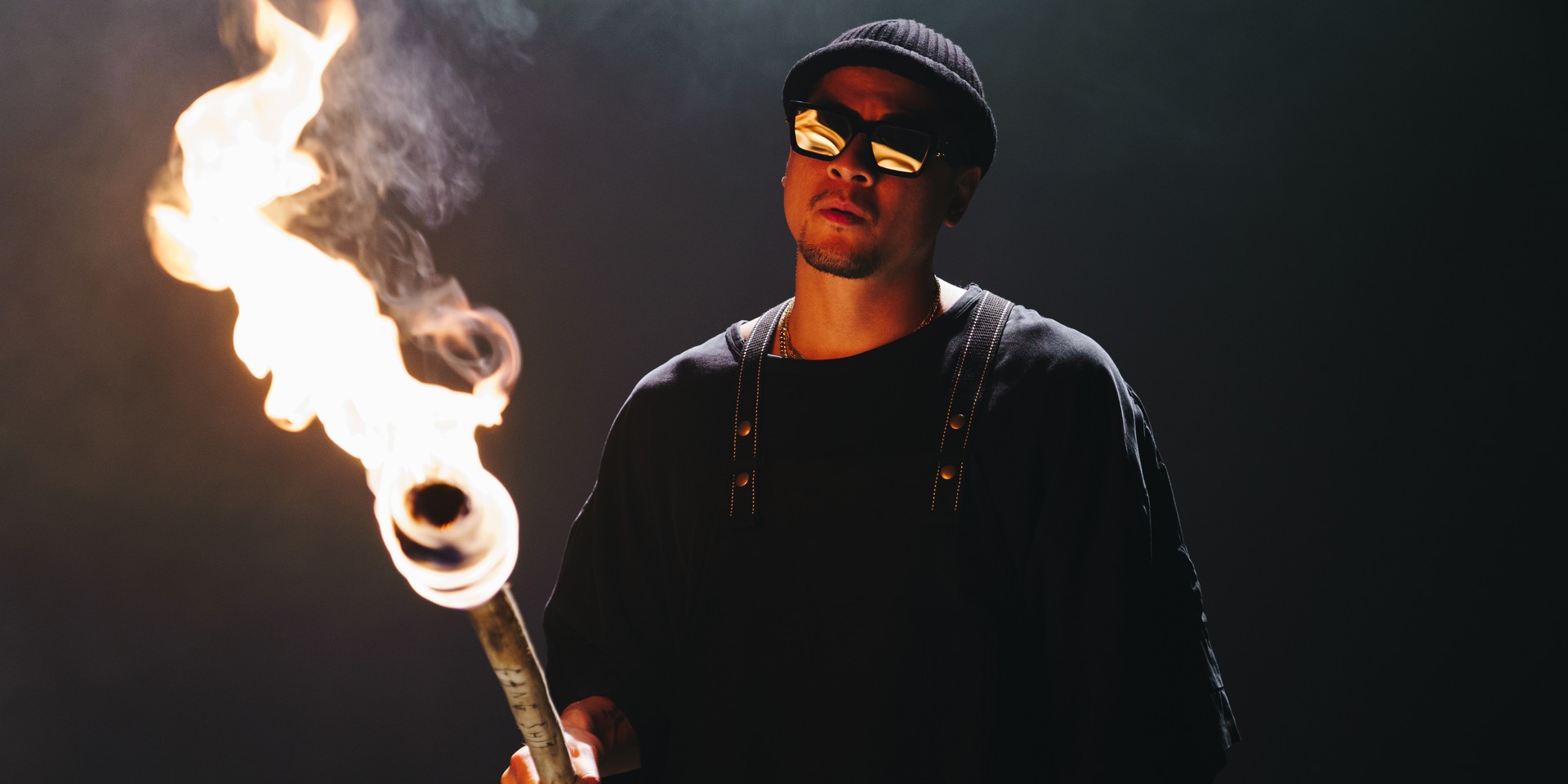 Four-plus decades after its Kool Herc-assisted birth in the Bronx, we can safely say that the hip-hop runs much of popular culture. The staggering penetration of the sound and all aspects of its expression – vernacular, dress and so on – into global consciousness has led to the flourishing of its ethos in other parts of the world. Let it be known that Thailand, is the most buzzing hip-hop bastion in Southeast Asia – and Daboyway is one of its most prolific, esteemed and accomplished ambassadors.

The Paterson, New Jersey-born rapper stands atop 20 years of grind – grind that has seen him build a veritable empire that includes a reputation-defining, example-setting body of work, a successful film career and an expanding chain of barbershops, NEVERSAYCUTZ. He is the embodiment of the classic hip-hop story: A self-made mogul who made the language of the streets his greatest and most transcendental asset.

At All That Matters 2019, we sat down with Way to chat about his years in the game and what the future he’s an architect of will look like.

You were born in New Jersey. What made you want to move to Bangkok to build your empire?

I went back to Thailand around 16. I was in the beginning of twelfth-grade at that time and I was supposed to be just staying for a couple of months, but it ended up being two-and-a-half years. I got into the industry there and I have friends and started doing movies. Thai wasn't my first language, so I didn't speak it that well, back then.

When I was acting, I was thinking, “Let me go back to New York and get my GED and go to acting class”. 1999 was the first time I left Bangkok for New York. But then I met up with Khan and Day and we started Thaitanium and started doing music. We had our studio in New York and we were recording our albums. Every time we finished recording something, we would come back to Thailand to promote it, so that was the beginning of the back-and-forth. I moved to Thailand officially in 2009. 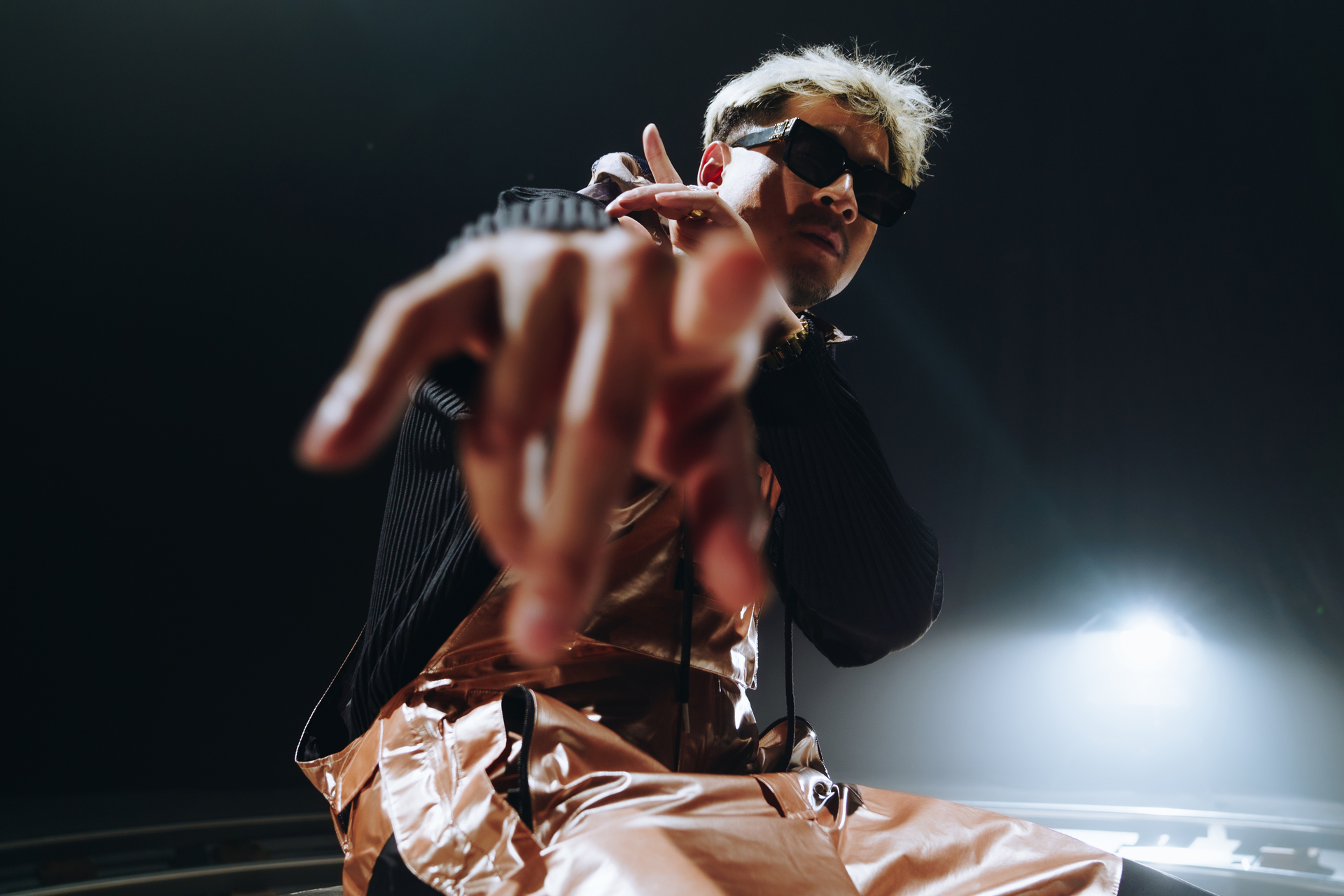 Why was it important to start a crew?

I mean, at first, it was just for fun. I was into acting more. While going to acting school, during the weekends, we would be in the studio and make songs for ourselves. We had a compilation of songs and we were like, "Let's take it back to Thailand to see what's up". We had an EP which we called AA. We brought like 20 copies, threw a party, and gave it out to our friends. By the end of the party, all these kids were coming up to us and asking, “Yo, where can we buy it?". So, we pressed a thousand, then 5000 and then 10 000.

We were like, "Wow, there's a market". At first, hip-hop in Thailand was non-existent. When I first went in in '96, there was a handful of people you knew and listened to regardless of whether they were from the States and they were mostly international kids.

You have a unique vantage point as an Asian-American hip-hop artist. Do you still think it's a borrowed culture?

I mean, yeah, obviously it comes from America. We know where it comes from. It's always good to go back to where it came from and do your history and homework. But hip-hop is worldwide now.

And what can you tell the people about the evolution of Thai hip-hop?

It's about 21 years old. At first, the sound of it was just rap and it was like dance music. Back in the day, when Thai people heard that, they didn't know what it was and they would just call it rap. But it wasn't.

When we brought our sound over, back then, we kind of shifted the sound. We brought the international sound, and mixed it with Thai and English. Over the years, there have been three booms: When we first started, when it became really mainstream in 2006 to 2007, and around the 2010s to two years ago, when it exploded.

Actually, the first international release. Shoutout to Radio3000, Audio Jones who produced it from Miami. That song is actually a year in the making. Before the Def Jam deal, I was already working on the album. I had compiled 15 to 16 songs, but it was kind of all over the place. The day before Radio and I wrote ‘GANGSH!T’, we wrote 'Same Thing (Every Night)'

It was two different sounds. When I knew I was going to be signed to Def Jam, I had a theme for the album and ‘GANGSH!T’ fit that album.

On ‘Won Arai,’ you rap in Thai. What's your relationship with the Thai language?

I've had some years to practise it. To most Thai people, I still have an international accent when I speak. But it's very important for me to start the Def Jam campaign with a Thai song. No doubt, I'm still thinking about the fan base and I want to set the tone for that

In 2016, you featured on the ‘All The Way Up (Asian Remix)’, which is a manifesto for Asian hip-hop.

First of all, the original was fucking dope. But just to be on the official remix was insane. Shoutouts AK-69 who put that together. He was like, "You got to get Way on it!" Just having Joe Flizzow, SonaOne, and Jay Park on it was like the cherry on top.

What do you make of the generational divide in hip-hop?

The old-heads need to understand that we were all young once. We were all young before we became old. The young ones need to know how to show respect too, but they should be allowed to do their thing. When we were young, we were doing our thing and we didn't fucking listen to anybody or care. We thought we were at the top of the world.

But as old-heads, we have to guide them too. If they're fucking up, we have to pull them to the side and say, "Maybe take another approach". That's how I see it.

Has fatherhood changed life for you in any way?

Before, I felt I haven't lived my life. But now, being a father, I have to be alive for them. They're my main focus and they're my inspiration for everything that I do. I've calmed down a lot, learned a lot of things about myself, and come to be more patient. I feel really blessed to have them in my life.

Def Jam will be able to connect the bridges in the region; to make it easier for artists to collaborate, to make music and to be a support system for up-and-coming artists. We will put our expertise and my 20-year experience to helping the next generation. I think that's dope and that'll be my way of giving back to the culture I love. I want to see it go further.