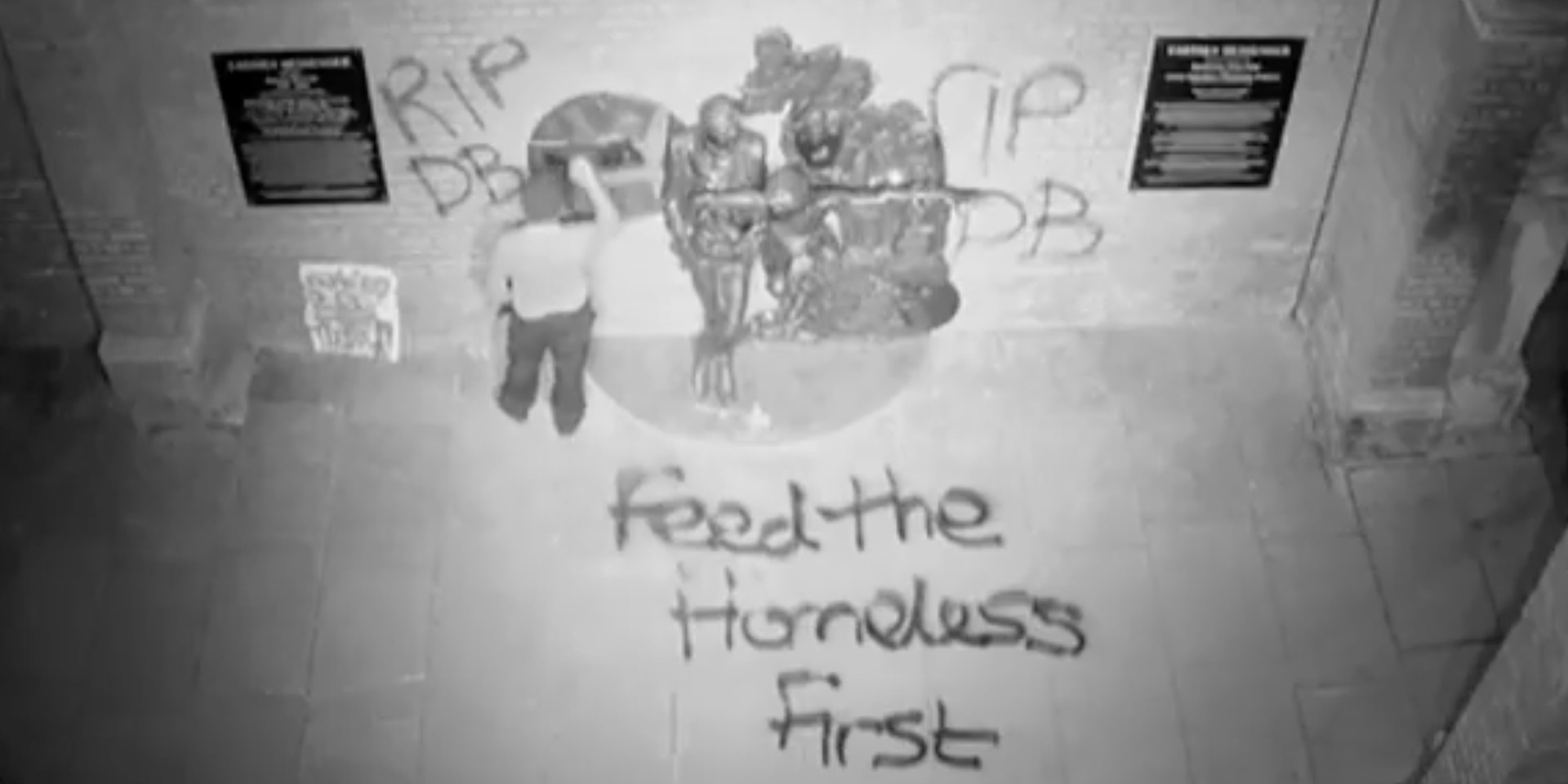 Unfortunately, according to reports by The Guardian, the statue was found vandalised less than two days after the unveiling. The words "Feed the homeless first" was graffitied onto the ground surrounding the statue. The phrase is believed to be a dig at the people who contributed to the statue, which reportedly cost £100,000 to build, money that was raised through a crowdfunding campaign. "RIP DB" was also spray-painted onto the walls behind the statue.

Music producer David Stopps, who was behind the artwork, told the BBC in an interview, “It is a public piece of art and we will keep looking after it on a daily basis. There is a webcam on it 24/7, so whoever did it, we have got them on webcam. Taxpayers will now be paying for the cleanup, so it is the vandal who will ironically be taking money away from the homeless.”

Check out images of the vandalism, captured by Twitter user aladinsane below.

Some Dickheads about. Bowie statue vandalised within 48 hours of unveiling pic.twitter.com/u4gBpwSo0M