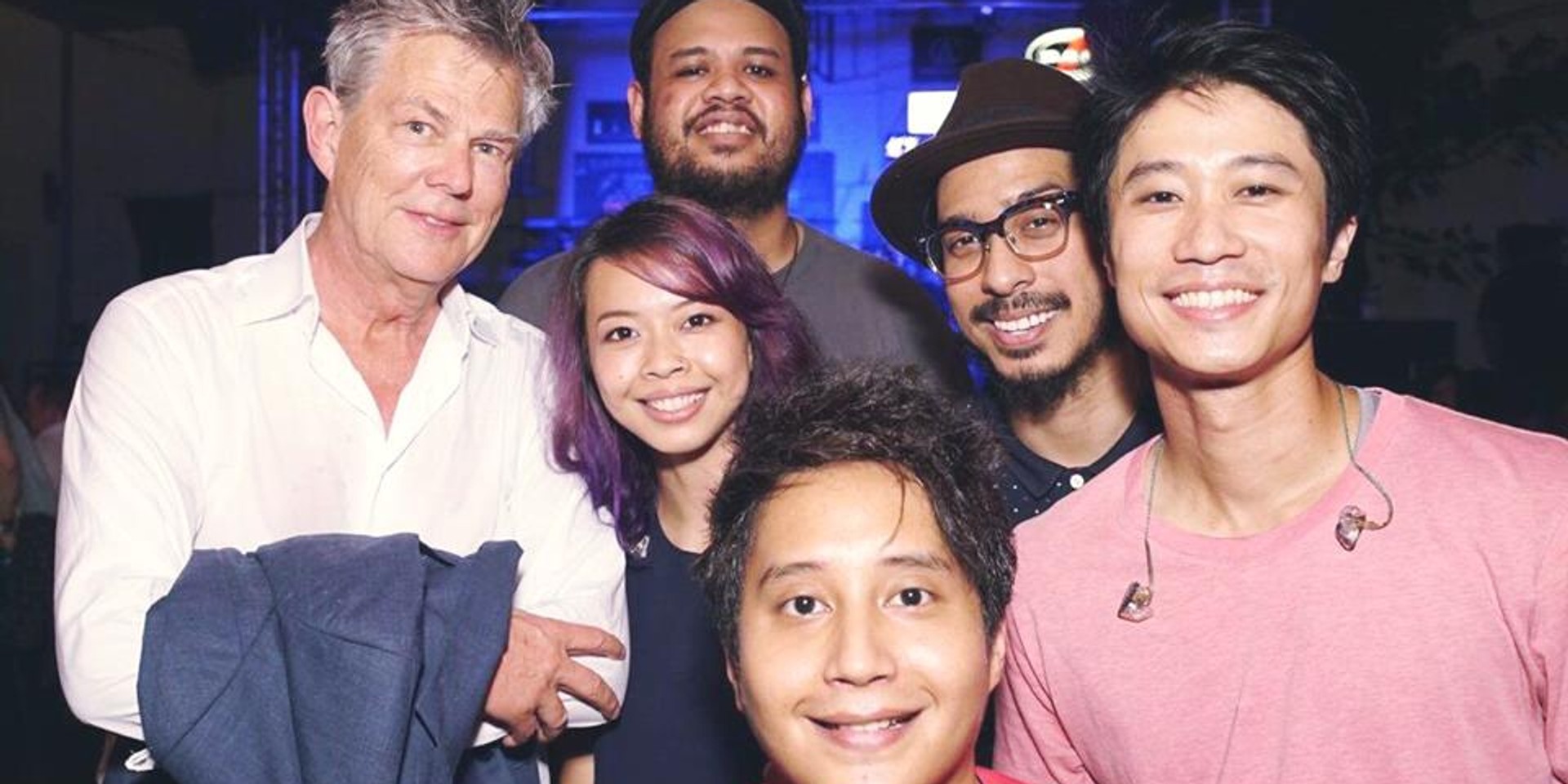 What initially was a headlining slot at Sing Jazz 2017 turned out to be a short stay that became a memorable experience for some Singaporean musicians.

David Foster, the venerable pop music producer, was in town to perform at the festival with singers Chaka Khan, Brian McKnight, and more. Before leaving the country for Jogjakarta, he teamed up with AirAsia to get to know some local musicians.

From a detailed account by 53A lead singer Sara Wee, she got to meet the producer alongside Nathan Hartono, Tim De Cotta, Roze Kasmani and Aarika Lee on Tuesday (4/4). Going in expecting a regular "meet & sing" session (as she puts it), she wasn't prepared for what was to come.

"But the minute he walked in the door, Mr Foster shook our hands, got all our names, pulled up a chair to sit in a circle with the 5 of us and started chatting about the music we do and the music we like," Wee writes in a Facebook post. "He was witty, engaging and genuinely interested in our individual stories."

The singers were able to perform in front of the producer — who's worked with Celine Dion, Christina Aguilera, Chicago, Whitney Houston, and many other pop luminaries — and he was presumably left so impressed, he asked if he could attend their gigs that night.

Brushing it off as nothing but a courteous gesture, Wee definitely didn't expect the Hitman himself to show up at Timbre @ The Substation, where the band performs at every Tuesday.

"When the text from Iman came in saying that his manager wanted to know what time we started because he really was going to try to make it, I thought to myself "this is why David Foster is as huge as he is in the music industry - he really makes you feel like you matter". That was a huge lesson for me," she writes.

Foster arrived at the venue, and he even stepped onstage to perform his Chicago hit, 'Hard To Say I'm Sorry', with Wee and the rest of 53A.

They say "never meet your heroes", but we bet everyone involved left feeling more inspired than ever.

Read Sara Wee's full account of the day below: