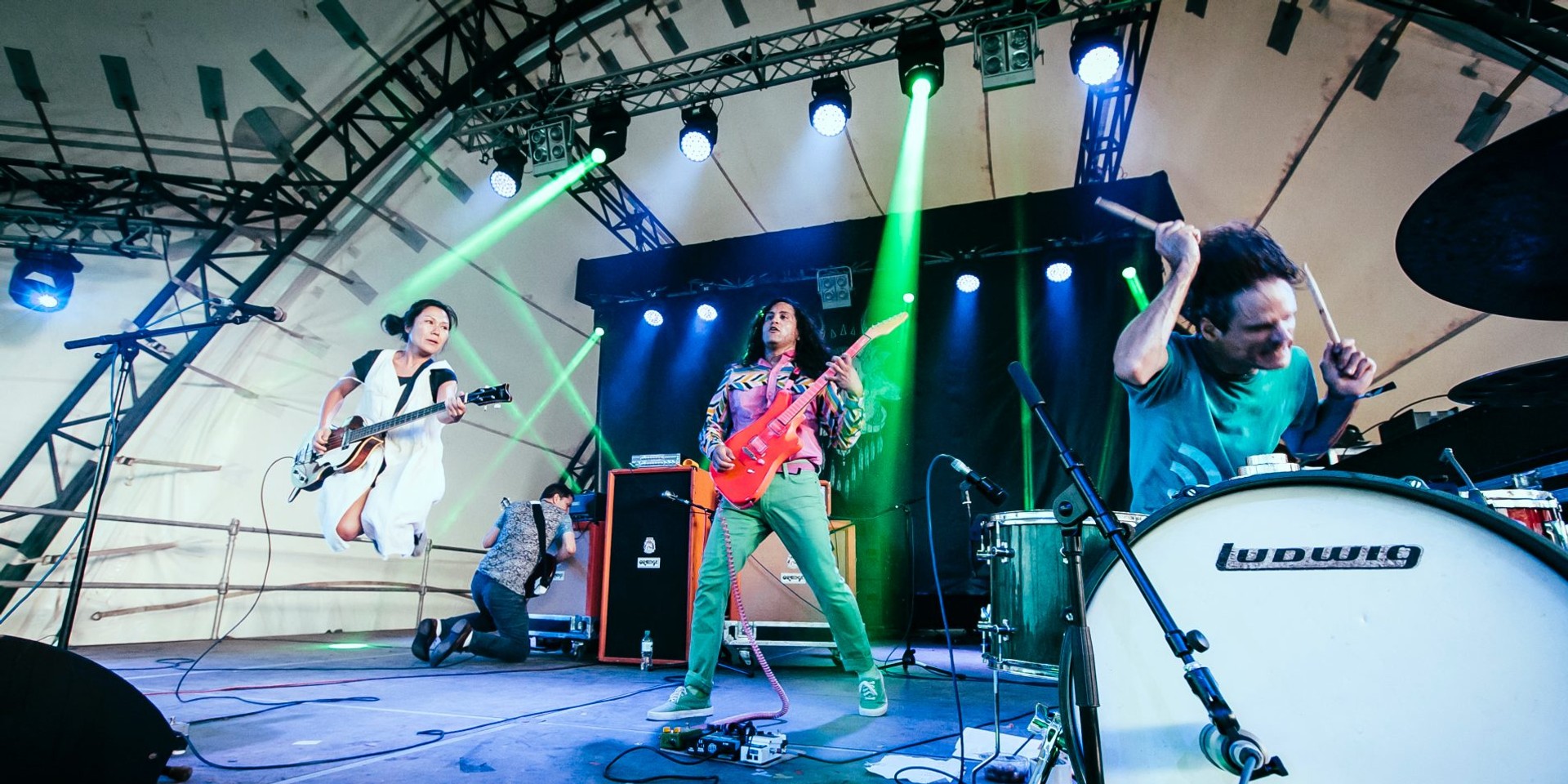 While many bands of its class have been content to settle into ossified, elder statesman roles, Deerhoof continues to find ways to expand its now-14-album thrall. Pucklike genre-agnosticism and a searching sense of how to make recorded sound a revivifying experience continues to be the nebulous endgame that founding member, drummer Greg Saunier, frontwoman-bassist Satomi Matsuzaki and guitarists John Dieterich and Ed Rodriguez endeavour towards. At a time when streaming is flattening all boundaries, this San Franciso-formed quartet  is committed to defying labels, even those it is deserving of, such as “punk” and “legends” – because even those assume a fealty to someone else’s terms.

Next week, Singapore will once again be lucky enough to experience Deerhoof’s florid magic live. Ahead of the big day, we speak to Greg Saunier about what a trip it’s all been. Read the exclusive interview below.

How do you feel about coming back and playing in Singapore?

The first time we played in Singapore – was also the first time I had ever been there –I was so surprised by how international it was. Even though there were clearly so many people at the festival we were playing at, who came from all over the world, there was still some kind of island feeling.

I assumed it was so native to Singapore and I was so charmed by it. I found people so easy to talk to. Every time we travel to a new place on Earth, I always test a little bit and make jokes with people. I can usually tell very quickly if people have a sense of humour. I found instantly, when we were in Singapore, that, not only did people like my jokes; they even joked back very quickly. So the conversation always worked. When we were playing, it was an instant and easy connection that surprised me, because it was the furthest distance that you can travel to from where we were.

This would be our third time playing in Singapore. We've always felt very welcome and every time, we look forward to being there again.

Your last full-length album Mountain Moves featured a number of unexpected collaborations, the most of which being Xenia Rubinos and Awkwafina.

We didn't know many of the collaborators personally – they were more like heroes of ours. We just tried to contact them and see if they would be interested in singing on the record. We'd probably only met them one time at a festival or something. But Awkwafina and Xenia were local Brooklyn friends. We knew them really well.

Of course, Xenia, after she put uoutp her most recent record, blew up, and, now, I think, is more famous than Deerhoof. Awkwafina did Crazy Rich Asians and Oceans 8. Since then, she's become a major star – we watched her on TV give out an award on the Oscars. For her part in the record, she came over to my house and recorded the rap in one take. It took only five minutes and we ended up going out to dinner for the next two hours

Maybe we have the magic touch. Maybe they became famous because of Deerhoof. (laughs)

There have been a lot of musicians, who blew up after opening for us, and sort of left us in the dust. (laughs) 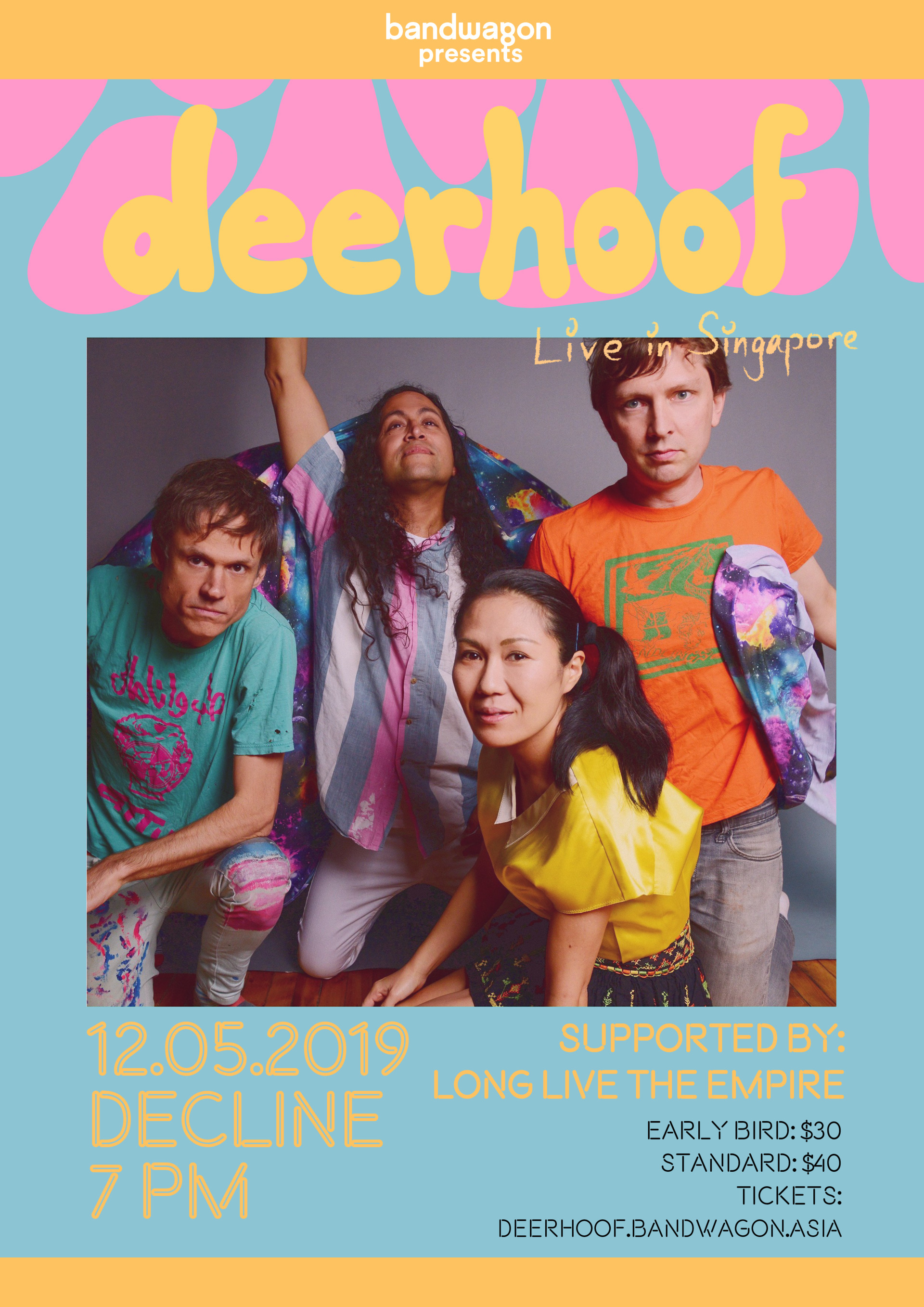 Have you read your Wikipedia page? Deerhoof is cited as a pivotal influence for artists such as Radiohead, Questlove and St.Vincent, among others. How does that make you feel?

For Radiohead, it was very meaningful to me because I remember self-producing our records and we used Radiohead records to a-b our mixes. So it became: "Here's a record that was obviously mastered really loud and sounds huge". We were always comparing our DIY-produced tracks to Radiohead records and tried to make it sound not embarrassing. In comparison, we didn't want our music to sound small. So we struggled. For years, we used Radiohead records to make sure that our mixes sound good. We were in a one-way conversation with Radiohead. To realise, one day, that they heard our music, that they heard our reply, then they were going to reply that, was incredible. They invited us on tour and whenever we opened for them, they were always watching from the side of the stage. Even at club shows, they would show up sometimes.

I would say the same thing about Questlove. The Roots were a very early influence on Deerhoof when we were just forming. St.Vincent was much later but it was the same thing.

But I bet, all those famous people would agree with me, that, when you play, say you go to Singapore for the very first time, you don't expect anybody to have ever heard of you. The thrill of playing in a completely new country and hearing complete strangers singing a song that you wrote is such a massive thrill. It goes way beyond the thrill of a famous person liking your music. Making eye contact with a person from the other side of the world, who is singing the song back to you, there's no thrill that compares to that.

Deerhoof has been around for almost 25 years. What would you say has been the main thing that's kept you going?

If there was one thing that could keep a band together, then every band would simply do that one thing. It's not one thing. It's not one magic button that you press. It's everything. It's thousands of little things. We've been lucky that there are people who still want to listen to a new Deerhoof record. You can't take that for granted because that doesn't always happen. You're talking about the indie scene and that's a trendy world. It is very unexpected that there's still interest. That's one of the magic buttons. We have no control over that. It's pure luck.

Deerhoof has always seemed like a genre-agnostic band. How do you feel, now, when you look at the landscape and see music driven by formulas and numbers?

I love that term – genre-agnostic.

Well, not everything is formulated and not everything is driven by numbers. Not every band has to be whoever is currently getting the biggest streaming numbers. It takes a community to support something besides the big number winners. Maybe Bandwagon is something like that for Southeast Asia. The community has to support them so that they're big enough to go on tour and travel to Singapore from the US. They'll have tens of thousands of fans but not millions. They're successful enough that they are continuing to work.

I'm not rich but I continue to work hard in Deerhoof and in other projects. I feel very much like an incredible success. Deerhoof has been so much more successful than I've ever dreamed. But if you looked at our Spotify numbers, we would not be in the top 1000. The top 1000 is not even 1% of the number of musicians on Spotify. 99% of those are not achieving those high Spotify numbers but that doesn't mean they don't exist. That's where there is a community to support each other.

There are bands that are so distinctive and they keep doing what they're doing even when they're not winning that superstardom race. They keep doing it for the love of doing it. The formula is only useful to those major acts. A formula really doesn't help someone on our level.

To add another answer to your previous question of how we're still going 25 years later, is that we don't have a formula. If we had a formula, there's no way we'd still be making music 25 years later because everybody would've gotten tired. Deerhoof was never capable of using a formula anyway. We always had to make it up from scratch. I think that's what it's like to be on a DIY-level and I think it's very rewarding. I feel happy and successful and lucky. To still be on tour, 25 years later, it's like a celebration to me. I can't believe we're still here doing it.

The beauty of Mountain Moves extends beyond the music because the online proceeds from it were channeled towards the Emergent Fund. What was the decision behind that?

We chose the Emergent Fund because they aren't a specific cause. What they are is a kind of meta-cause. We have been in such an emergency mode in the US for several years, now. There arte so many different crises all happening simultaneously, all of which are so urgent, that it can feel very confusing for someone has a small amount of money which they want to donate to a cause.

It's very easy to get overwhelmed because of the many different causes, all of which are life and death. The Emergent Fund gives money to different causes depending on which was the most likely to have impact that week. People are noticing it and people are caring. 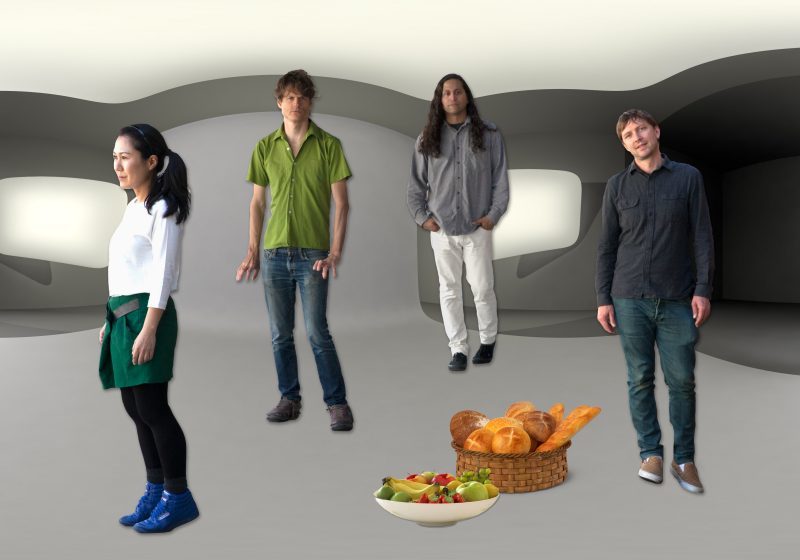 You’ve been playing the drums your whole life. Would you say that your relationship with the instrument has changed over the years?

I think it’s stayed the same. I don't think about the drums very much, actually. If I were playing guitar in Deerhoof, maybe I'd care about the drums more. You know? Because that's what I'll be listening to. Since I'm the drummer, I'm always listening to Satomi singing and playing the bass and, Ed and John playing guitar. My focus is on them and I'm not paying any attention to what I'm doing. The drums are sort of like when you're talking: You're not thinking about your tongue when you're talking. You're thinking about the words you're going to say. That's how I feel.

We're almost midway through 2019. What are your plans for the rest of the year?

I can’t actually tell you because it's all secret. But I'm in the middle of so many projects, right now. There are several Deerhoof projects underway that I can't describe to you but each of which is very exciting. I'm in a couple of bands and I compose music for private musicians so I'm busy working on those things, too.

Also, I've made friends with a Greek band called Balothizer, which is a really incredible band. I'm mixing their next album right now. I've been collaborating with an European classical chamber group called Stargaze a lot and we have a record which will be digitally available soon. They've asked me to arrange an entire Fugazi record, In On the Kill Taker, but with classical instruments. The record is also going to be out in a week or two. That turned out pretty crazy.

Catch Deerhoof live in Singapore on Sunday, 12 May, at Decline, from 7pm onwards. Tickets, $30 (early bird) and $40 (standard), are available here.