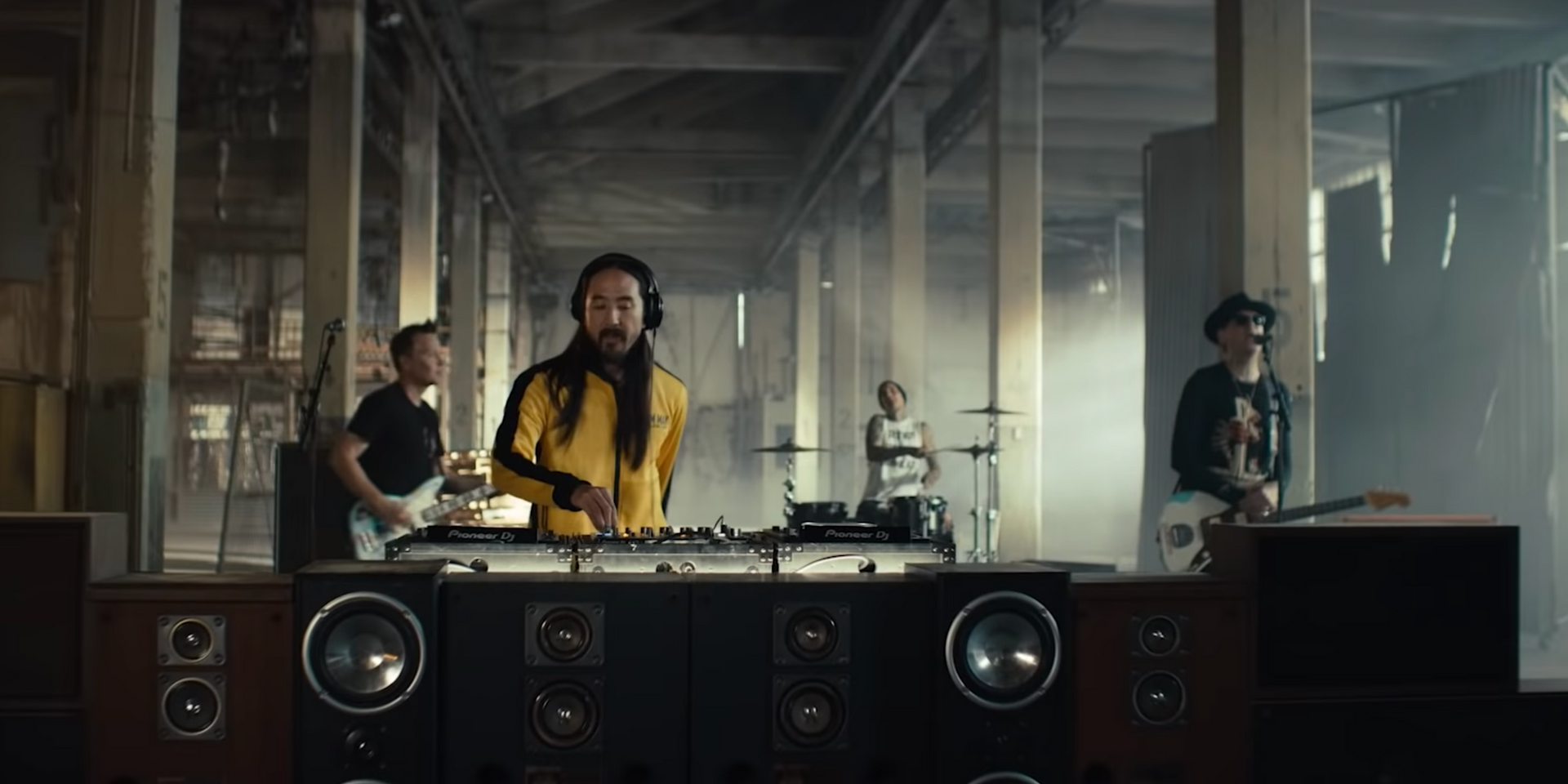 Last year, Steve Aoki released his fifth studio album, Neon Lights III, which featured many high-profile collaborations including rock band Blink-182. Today, we're finally treated to the visual, via Ultra Music, for the collaboration, 'Why Are We So Broken'.

Directed by Brandon Dermer, the high-energy video features a couple, who look visibly frustrated, vent out their anger by destroying a number of items from household appliances to glass products. It also contains scenes of Aoki and the band playing in an abandoned warehouse.

According to Altpress, Dermer, who has directed videos for Panic! At The Disco, Fever 333 and Everytime I Die, explained the idea behind the disastrous imagery depicted, "When I first heard the song, I started reflecting on my own experiences of times I felt broken or was in a broken situation. The concept is an abstract visualization of working through a problem or issue with a loved one. Also, I love breaking stuff."

Watch the video via below.