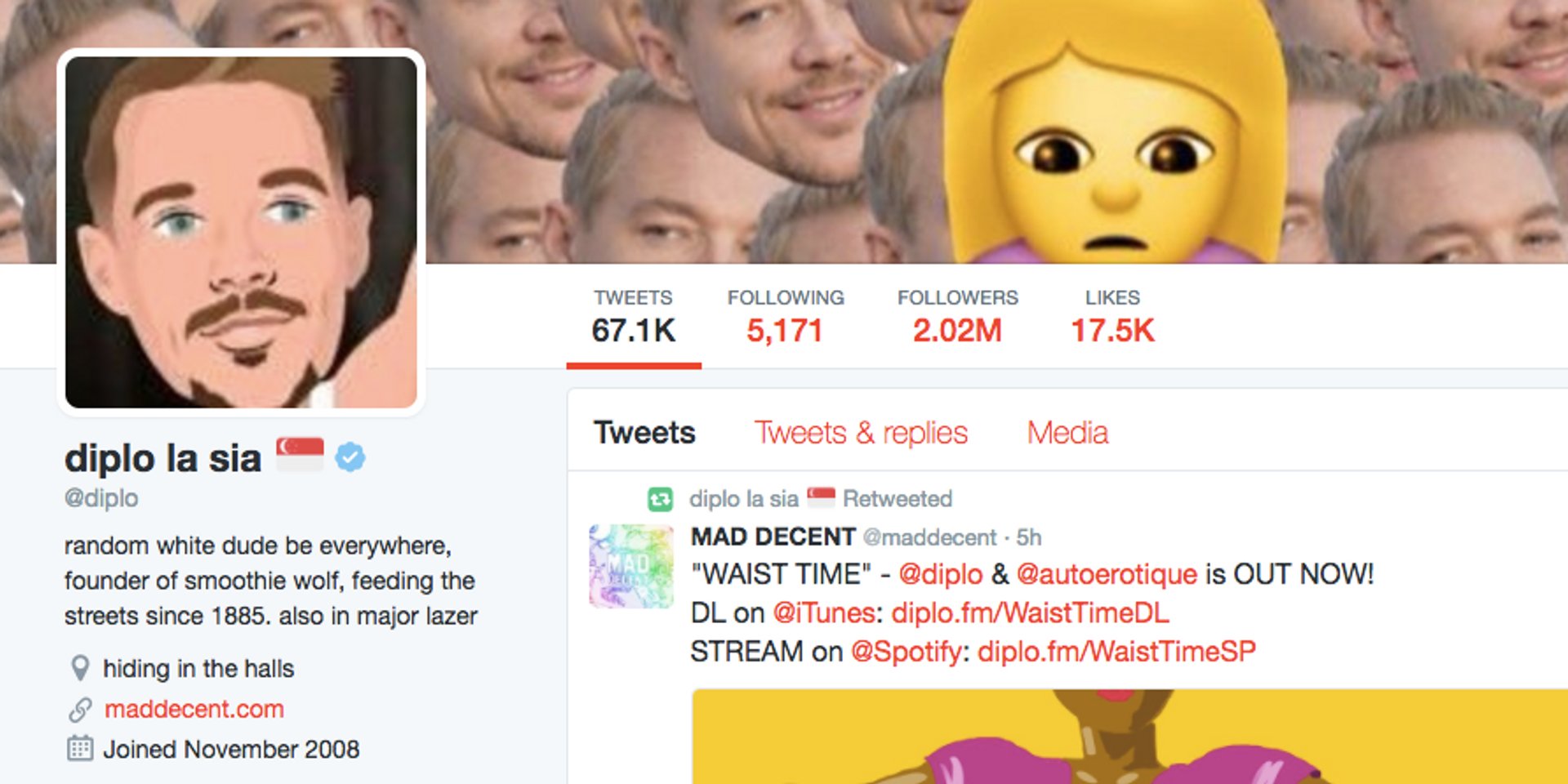 In light of his show in Singapore tonight, which marks the official reopening of Zouk's new headquarters in Clarke Quay, Mad Decent head honcho and popular EDM producer Diplo celebrates his return with an unexpected tweak to his Twitter account.

On his current page on the social media platform, followed by over two million fans, Diplo has changed his display name to "diplo la sia", complete with the Singapore flag in emoji form. A mighty tribute to the country. 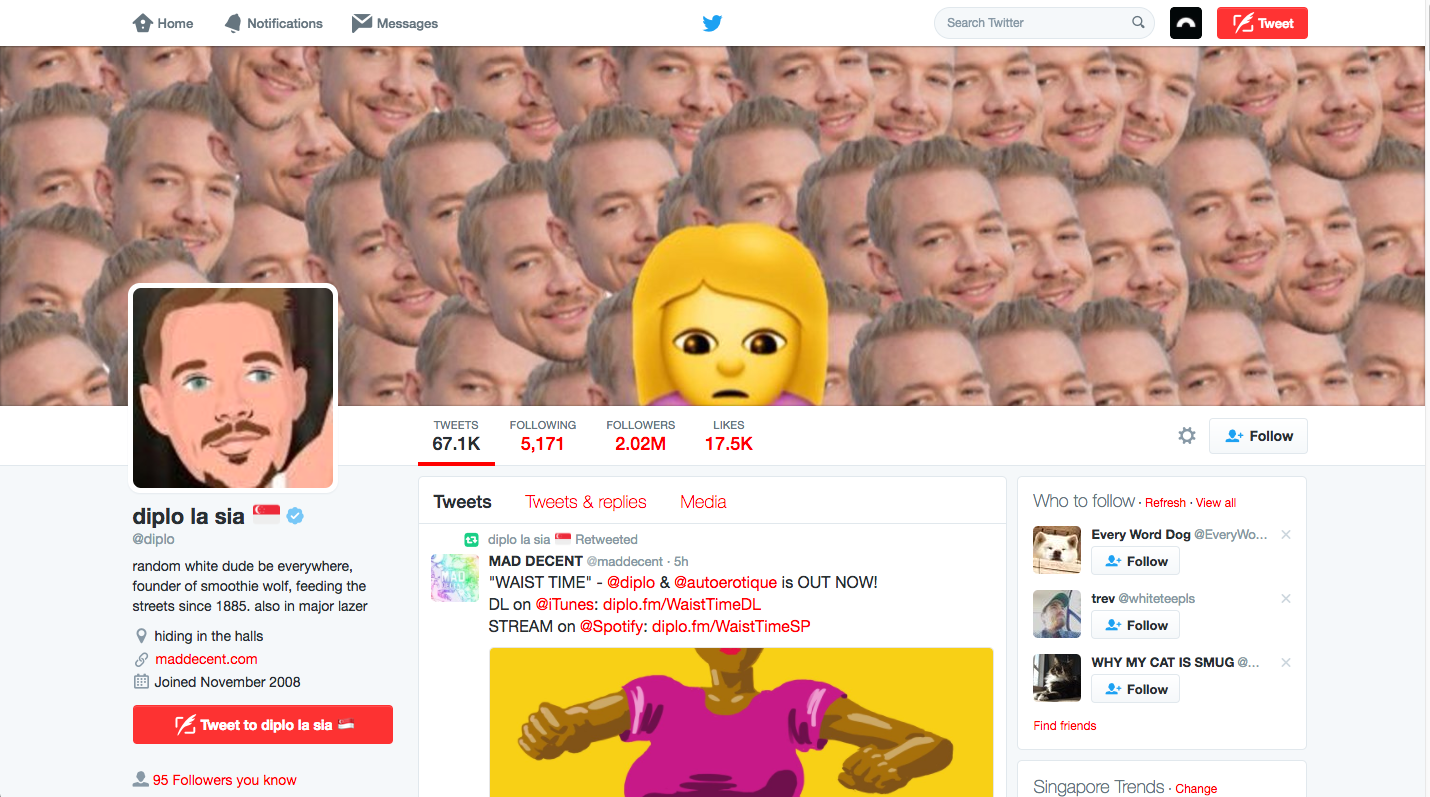 The Major Lazer member will be performing at Zouk Singapore tonight. The venue will be opened at 9pm, and tickets will only be available at the door.

Here's how the new Zouk Singapore club looks like: 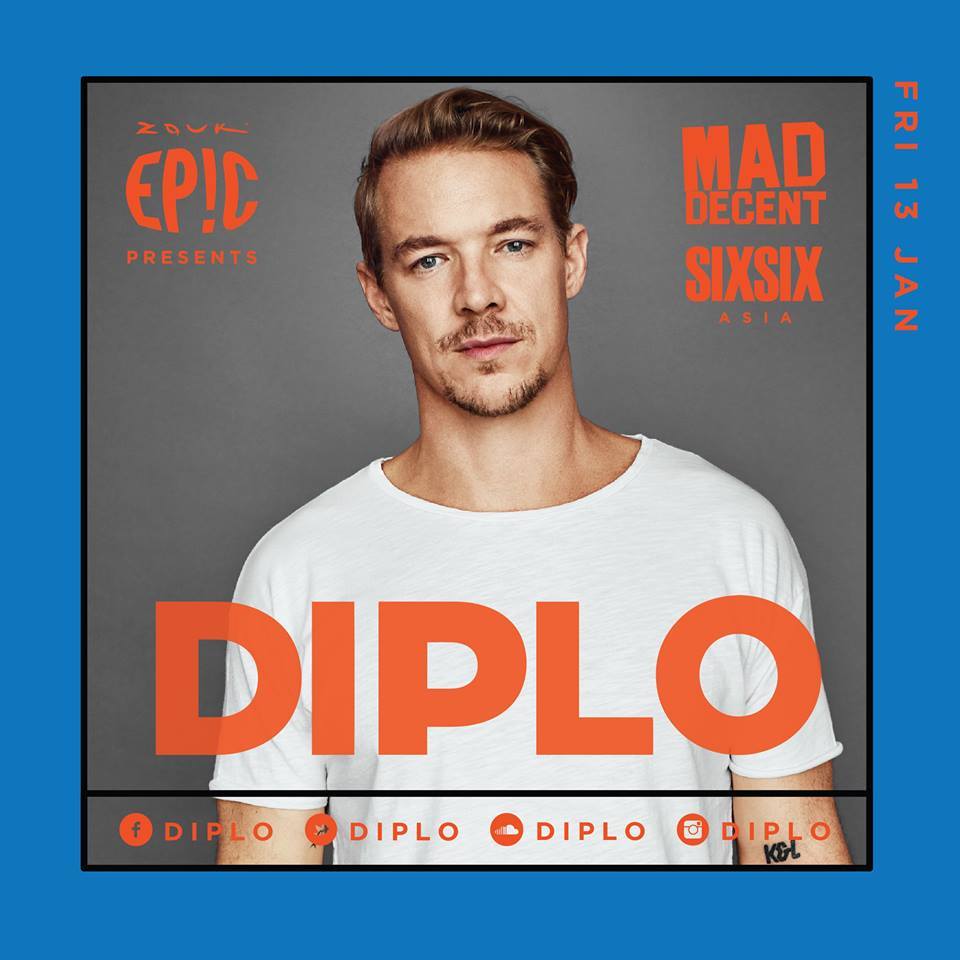