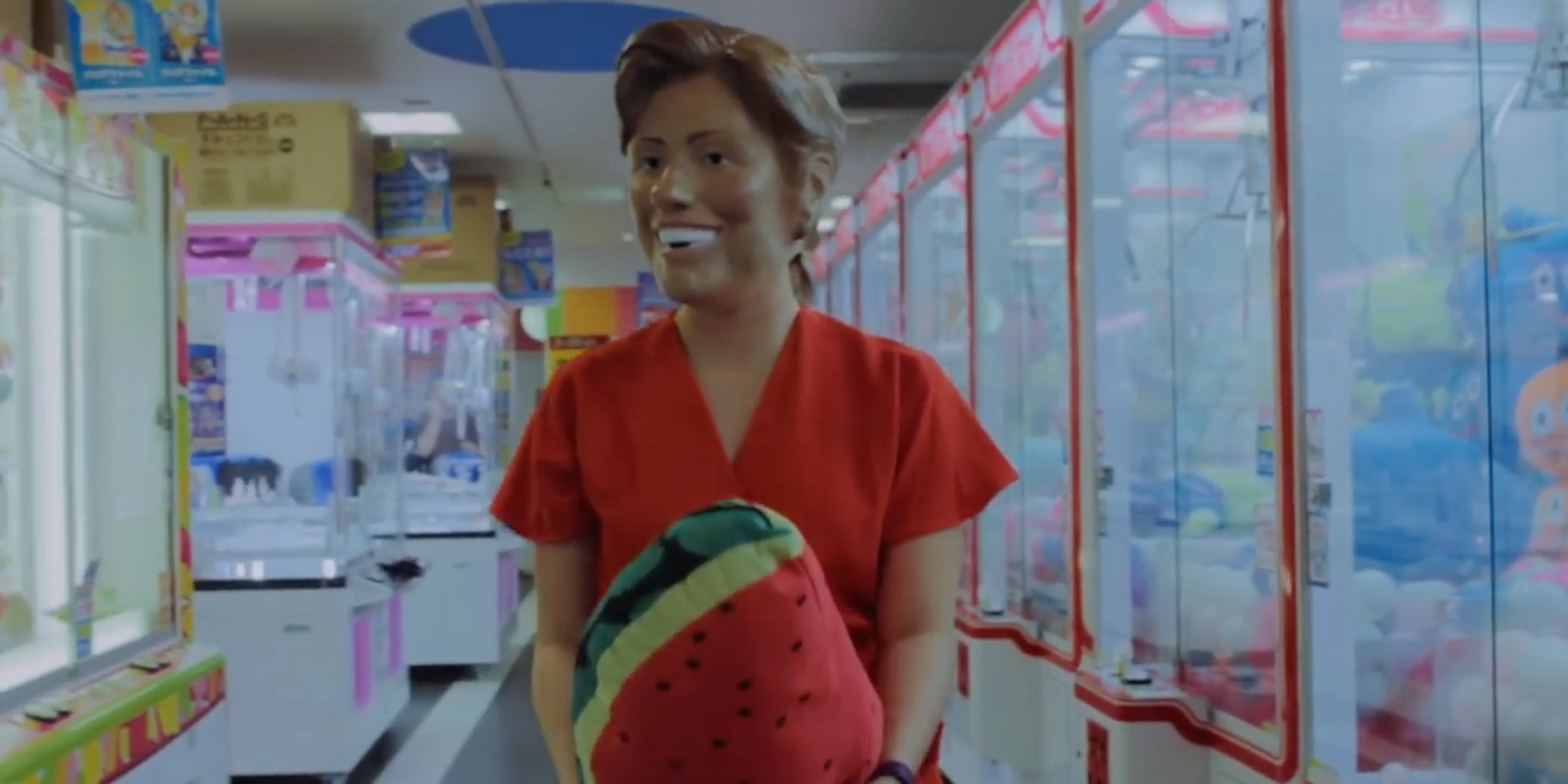 Over a month ago, Cheats surprised listeners by releasing an offbeat track with a matching music video that features a dimmer side of the band.  Best known for its bolstering garage pop tunes and trademark unruliness during live performances, Cheats' latest release serves as foil to the band’s usual. Bandwagon digs deeper and speaks to Director Kyle Quismundo to find out the story behind Ringer’s music video.

The song is penned by Jim Bacarro and Ern Aguila while the video is a collaboration between former Cheats guitarist and Director Kyle Quismundo, and in-house band couple Jim Bacarro and Saab Magalona-Bacarro. Kyle is the band’s former guitarist and he continues to play for Cheats for big events. Jason Caballa, Cheats' guitarist, describes him as “an early member who's a regular session guy, a frequent collaborator, and part of Cheats' extended family.” He says that we can quote him on that, so here we are.

Kyle’s relationship and history with the band serves advantageous in hitting the homerun with the music video. With its entirety shot in Osaka, the city lends an aesthetic that’s allusive of Lost in Translation’s and Chunking Express’ expression of longing and displacement. And as the video came to full fruition, the band decided that it would be best to record the once-demo in Kodama Studios and in the end, producing the first single and music video from Cheats' soon-to-be-released album.

Read on to find out more about the music video: 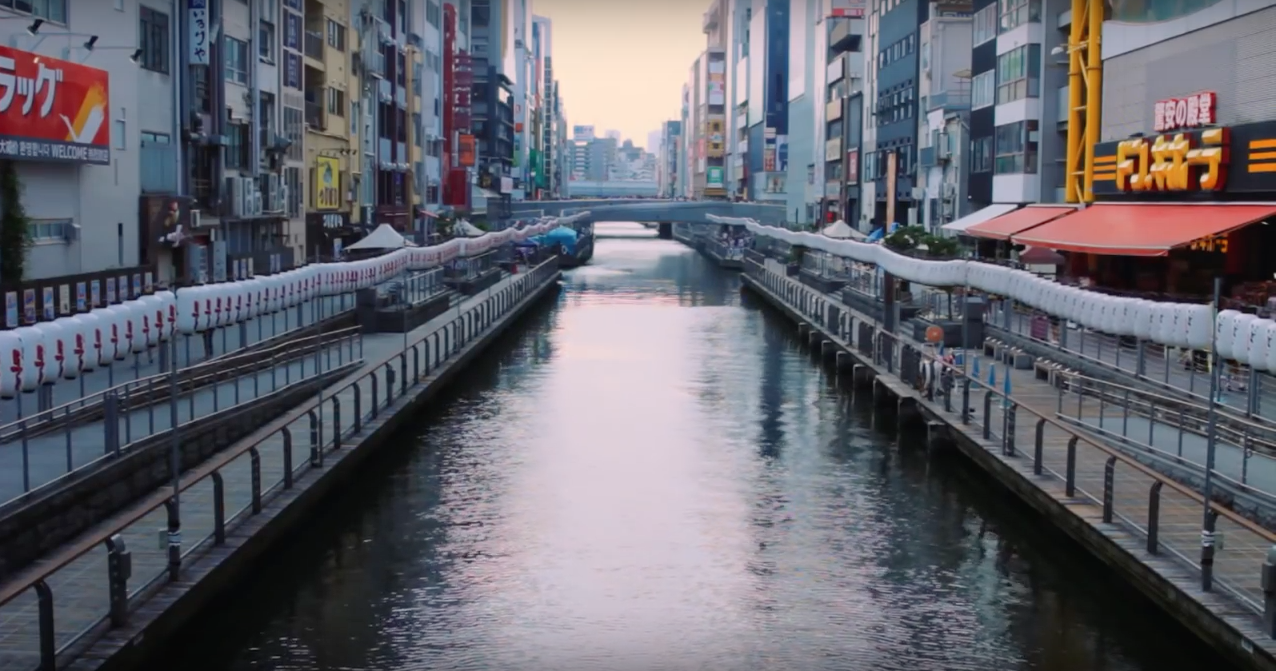 BANDWAGON: Was shooting a music video in Osaka a premeditated idea that you had before the trip or was it the other way around?

KYLE: Jim, Saab, and I had planned on checking out Summer Sonic for the first time since Radiohead was performing! A few days before departure, I told Jim that we should shoot something while we were there. Jim sent me some demos of new Cheats songs before the trip and 'Ringer' resonated with me. That time I told him I wanted to shoot something during the trip. I already had ringer in mind, so everything we shot was in service to that particular song.

BANDWAGON: How did the track 'Ringer' influence the music video? Noting the fact that you singled it out among the demos, what attracted you to it?

KYLE: Personally, I usually gravitate to sad and melancholic songs. I heard 'Ringer' and Cheats is known for their generally fun chaotic sound, so I loved the idea of going a different route with this release. 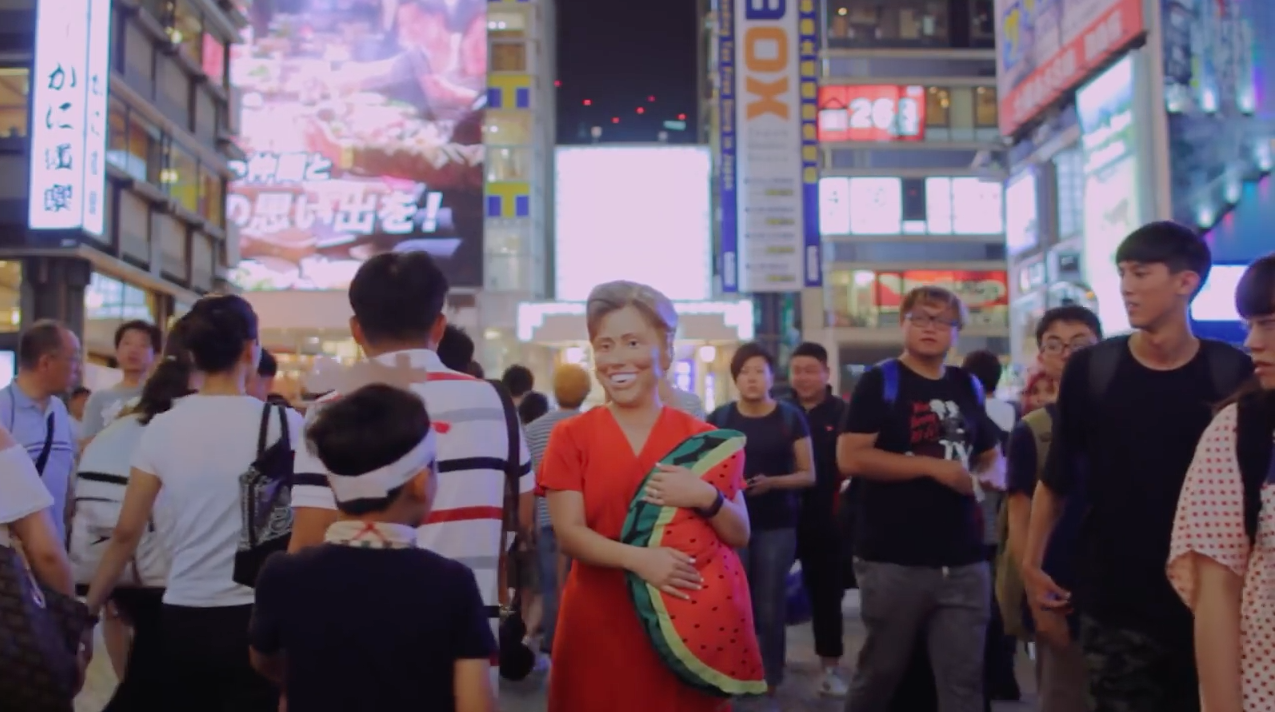 BANDWAGON: Tell us more about how the story panned out. We see a Hillary mask, a watermelon, and a series of random happenstance. How did these all come together?

KYLE: I didn't really have a narrative in mind but I had this mask I wanted to play around with so I brought it along. We were kind of just shooting footage along the way, so a lot of elements in the story were sort of serendipitous, like the watermelon. I wanted some scenes of Saab in an arcade, and she won the watermelon first attempt. From there we decided to make it the center piece of the narrative, something that would be a part of our protagonist and something she would lose and gain back later on.

BANDWAGON: It's interesting to know that a lot of the elements were unplanned. The watermelon was so random but hardly contrived at all.

KYLE: Kudos to Saab for winning at first try because those machines are hard. Off-frame, I could see Jim jumping for joy when she won it. 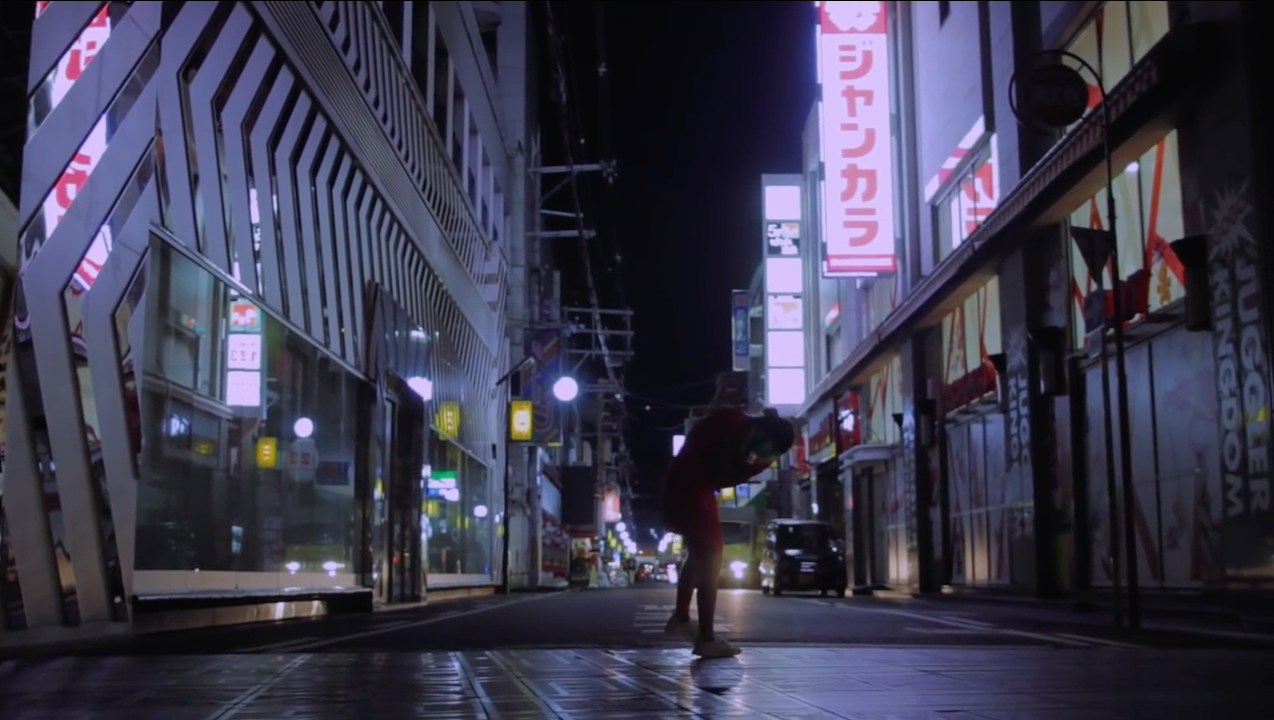 BANDWAGON: How was it like shooting this way- completely random, on the whim, and in a foreign city nonetheless?

KYLE: It was a great collaborative process too knowing that we had a blank canvass in this amazing city. We shot in two days total. We took our time since we were there for a week before we started shooting, we knew there had to be some form of loss for the character - we didn't really know until the arcade.