British publication DJ Mag has long been considered to be the worldwide authority on dance music and nightlife. Which is why establishments everywhere clamor to be ranked favorably on their annual Top 100 Clubs lists.

And as many of you may already know, Singaporean institution Zouk has been a perpetual powerhouse in DJ Mag's eyes over the last decade. In fact, the club has been listed in the top 10 since 2010.

But as well as they've done in previous polls, 2017's spot must have been an extra pleasant surprise, because Zouk managed to climb two spots from last year’s position, to claim a prime #4 position, beating out South Korea's acclaimed Octagon (which landed at #5).

And in more good news for Singapore nightlife, famed Marina Bay Sands nightclub CÉ LA VI also jumped up a whipping 10 places to #80. It goes without saying, these respectable rakings surely bode well for the future of the Singapore nightlife industry. 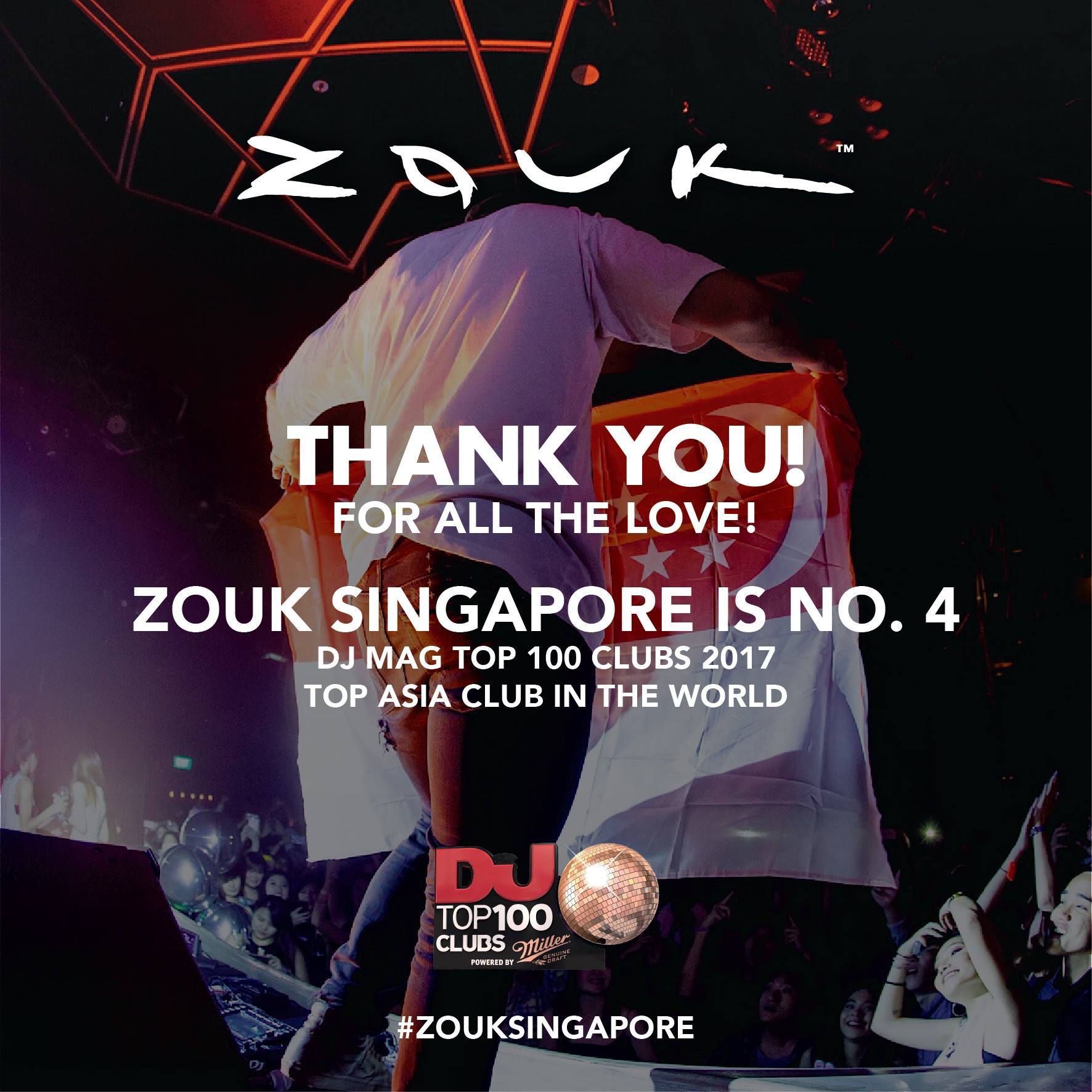