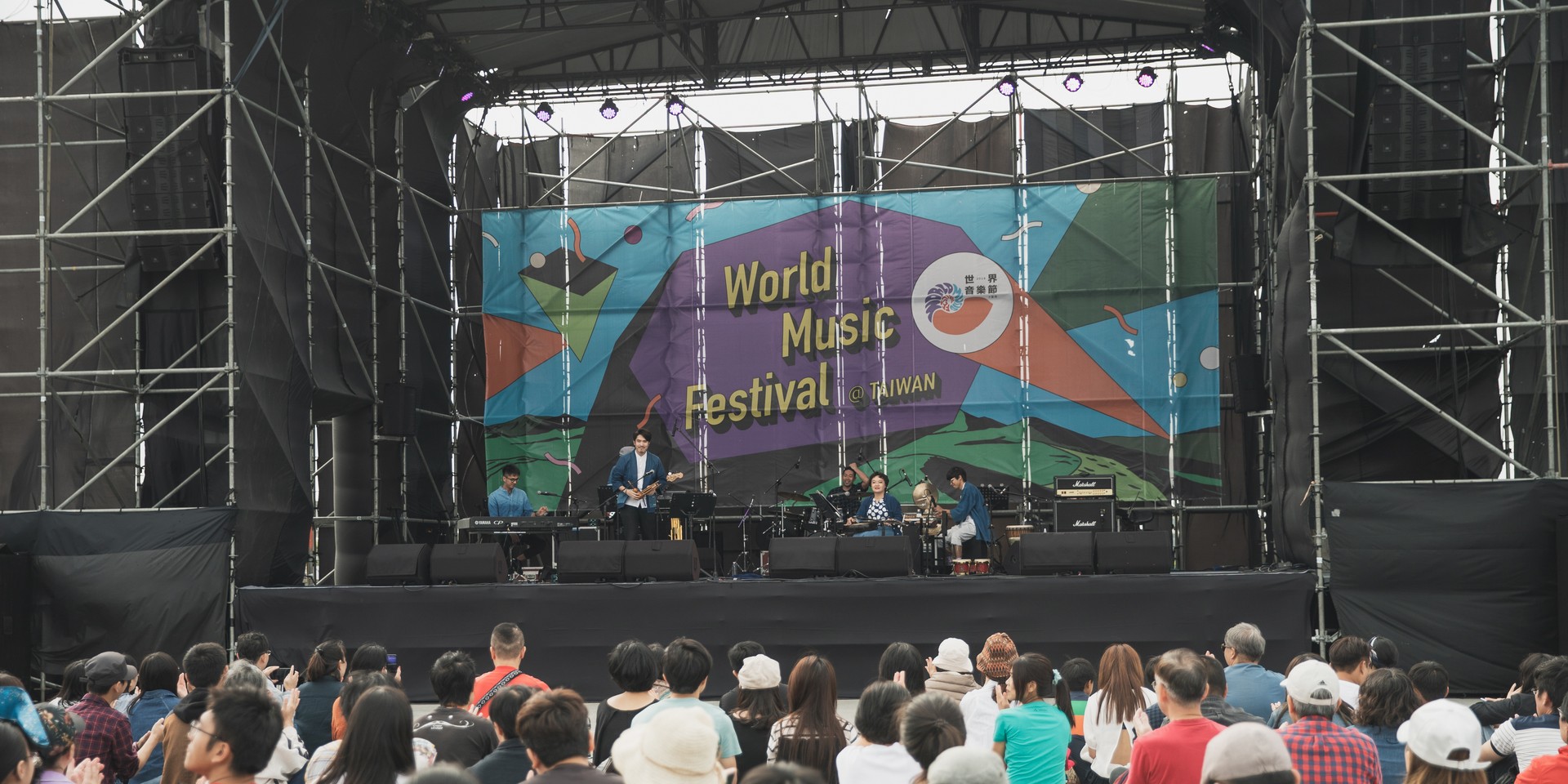 Taiwan's first large-scale international music festival, World Music Festival @ Taiwan, is back this October for its fourth installment, welcoming more international acts to the shores of Taiwan, with musicians hailing from across the globe in countries such as India, Mexico and even Latvia!

The World Music Festival is an annual festival that first began in 2016 and is held every fall in Taipei, where acts from all over the world gather over a three day period. This is a celebration of traditional and cultural music among different nations, with most of the acts specialising in music or instruments native to their own countries. At the festival, many Taiwanese aboriginal acts will also be performing and showcasing the best of Taiwanese native music to the world.

This year's World Music Festival @ Taiwan will be held from October 18 to October 20 at Taipei Dajia Riverside Park, and is expected to attract up to 70,000 attendees around the world. This year's outdoor music event will bring together 11 award-winning Taiwan performer groups and 8 international performer groups to create a unique and colourful music scene.

As the event draws nearer, here are 7 acts at the World Music Festival that you wouldn't want to miss!

Hailing from a small Baltic nation with a population of less than 2 million, award-winning band Auli is synonymous with Latvian folk music. With a unique composition of musicians - 6 bagpipers, 3 drummers and 1 bass player - Auli is bound to attract attention from music lovers wherever they go.

Auli has been nominated for and won several music awards in their home country, including the Annual Latvian Music Recording Award for Folk or World Music Album.

Auli creates unique sounds with their unique instruments with a mixture of both ancient and modern elements, bringing an ethnic twist to the trance music we are familiar with through their own style which they coined "Etnotranss" (Ethnic Trance). Since last year, Auli has gone international, travelling to Mongolian capital Ulaanbaatar to collaborate with Mongolian throat singers and recording new songs in Mongolian with musicians there.

Aljenljeng Tjatjatjuvy, better known to her fans as Abao, is one of the most popular musicians in Taiwan that still performs in her native indigenous language. Hailing from a Paiwan family in Southeastern Taiwan, Abao began as part of a Mandopop duo which was commercially successful, but eventually made the transition in 2016 as a solo artist perfoming indigenous R&B, providing a modern twist to aboriginal music that is often perceived as old-school and traditional.

Abao's music has attracted fans from both indigenous and non-indigenous communities in Taiwan, and she won the Best Indigenous Album and Best Album Producer at the 28th Golden Melody Awards in 2017 with her first indigenous album, Vavayan. Earlier this year, Abao represented Taiwan on the international stage at Taiwanese Waves, a Taiwanese music concert held in New York.

Raghu Dixit is a renowned Indian singer-songwriter that has been hailed as "India's biggest cultural and musical export", with his amalgamation of traditional Indian music and contemporary global sounds. His band, The Raghu Dixit Project, has performed in some of the biggest music festivals around the world, including at a Diamond Jubilee Pageant in 2012 marking 60 years of Queen Elizabeth II's ascension to the throne.

The Raghu Dixit Project is best known for incorporating ancient Kannada poetry in their music and presenting it around the world with a contemporary twist, providing a unique take on India's cultural heritage in an increasingly modernised India.

Son de Madera is a son jarocho (a regional folk musical style of Mexican music that traces back around 400 years to the eclectic cultural influences and traditions of coastal Veracruz) band based in Mexico.

Founded in 1992, the band is at the forefront of a musical revival for the traditional son jarocho, drawing inspiration from this more obscure music genre and incorporating new sounds and styles for a modern audience.

The band's musicians vary widely, playing traditional Mexican instruments like the jarana and the guitarra de son alongside a modern electric bass. The band even has a member that specialises in traditional jarocho dance, providing a percussive cadence to the band's music with her footwork.

Bazaar Mideast Jazz is a Taiwan-based jazz band made up of members hailing from Malaysia, France and Taiwan, all of whom share a common love for the musical cultures of the Middle East.

Besides the traditional Middle Eastern instrument oud, the rest of the instruments used by the band are typical modern instruments, like the keyboard, flute and jazz drums. Through their music, Bazaar Mideast Jazz hopes to showcase a modern twist to traditional Middle Eastern music inspired by the culture they so love. With a variety of members hailing from different regions around the world, these musicians come together at this 'bazaar' to ply their trade every time they perform.

Trad.Attack! is an Estonian folk band formed in 2013 with the goal of performing their traditionally-informed music in every country around the world. They have since performed at many prestigious festivals, such as the Strawberry Festival in China, Eurosonic in the Netherlands, Folk Alliance in the US and the Woodford Folk Festival in Australia.

Trad.Attack! works to revive traditional Estonian songs and music through reimaginations. Some of their songs begin with scratchy recordings of long-vanished village voices, and are brought back to life with the addition of pulsating rhythmic structures created from instruments such as an acoustic 12-string guitar, drums and an array of whistles, bagpipes and jew's harps.

In 2018, the band won the "Golden Album 2018" award at Estonian Pop Music Awards for being the most sold band CD of the year and most sold vinyl record of the year in Estonia.

Mathias Duplessy is a renowned guitarist and composer from France, who has since moved on to world music, learning to play traditional instruments from all over the world.

In his side project Mathias Duplessy and The Violins of the World, Duplessy collaborates with three master musicians hailing from China, Mongolia and Sweden, who respectively play their native culture's own rendition of the violin. For example, Chinese musician Guo Gan plays the two-stringed erhu, an iconic and widely-recognised Chinese string instrument, while Mongolia's version of the violin is represented by the morin khuur, a traditional Mongolian bowed string instrument that is considered a symbol of the Mongolian nation.

On a stage that gathers the best of traditional and folk music from around the world in a huge cultural exchange, no group can better illustrate the true meaning of world music than Mathias Duplessy and The Violins of the World.

Besides these seven acts, fans of world music can look forward to seeing many more unforgettable performances from around the world, as well as curation of the best of Taiwanese folk and aboriginal music.

On the international front, the full line-up also includes acts such as SOTALI (Sweden), Delehei (Inner Mongolia) and 巡~MeguRee~ (Japan), while other Taiwanese acts to watch include seasoned folk musicians Dakanow and Hsieh Ming Yo.

Presale tickets for World Music Festival @ Taiwan held from 18 to 20 October are going at 640NTD (S$28) for a one-day pass to 1470NTD (S$65) for a three-day pass. Fans who may be interested in buying tickets may click here for more information.