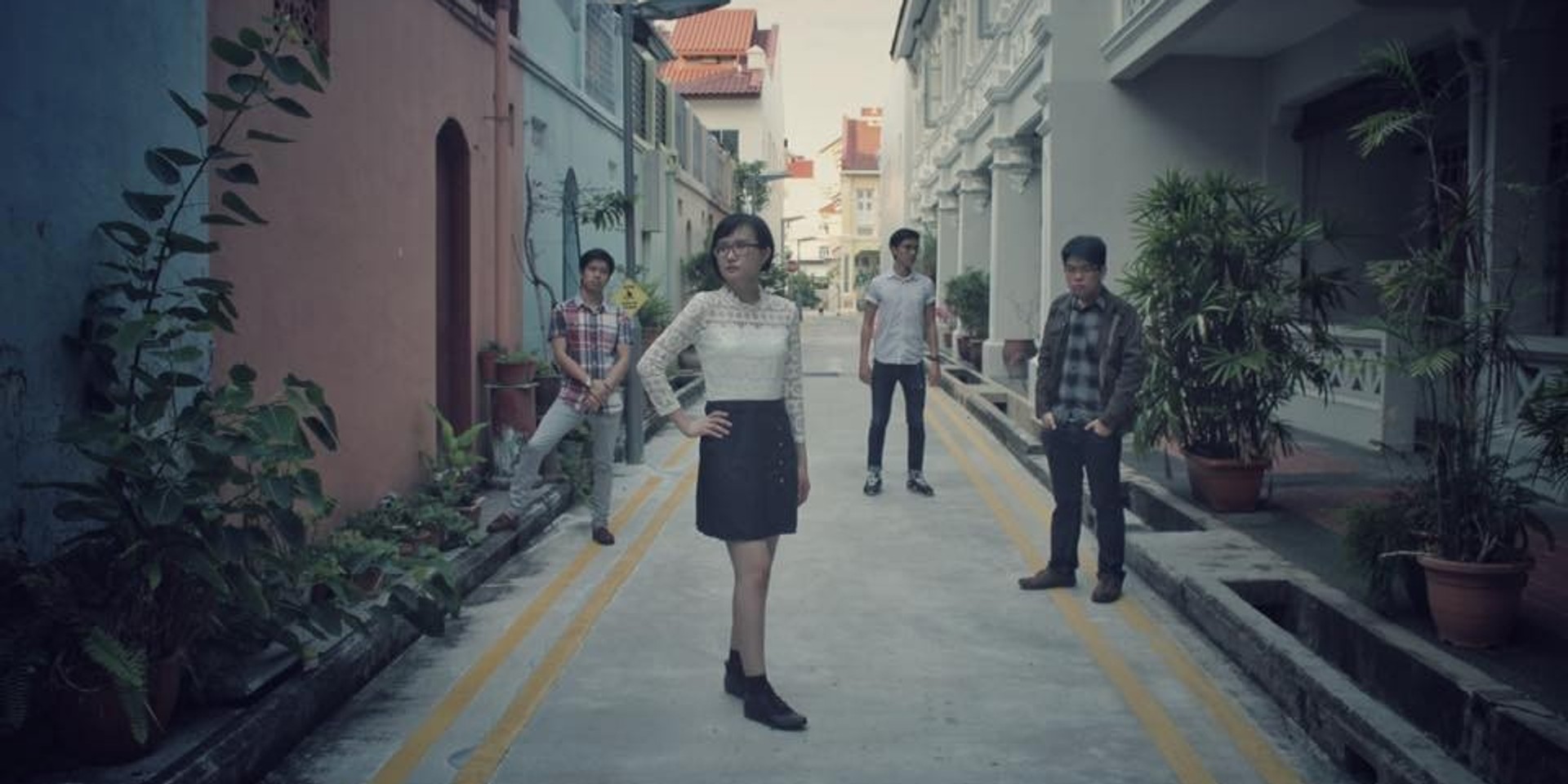 With high-profile showcases at NOISE Music Festival and Singapore Night Festival under their belts, the music of burgeoning Singaporean band Strangerfox is certainly no stranger to us.

Drawing inspiration from the likes of Portishead, BadBadNotGood, Bat for Lashes and Radiohead, the band's moody mix of trip-hop, new wave and R&B definitely makes them one of the more unique outfits within the scene.

And wonderfully enough, all those hallmarks were present when the band presented their freshman EP entitled Beyond Lies The Web at the Barber Shop by Timbre last Saturday.

Despite half of the band being ill on launch day, the beaming quartet still described their show as “one of the best experiences we've ever had as a band.”

Together with dreamy instrumentals by Ben on keyboards/synth, David on guitar/bass and Ming on drums - Jo’s wholesome and mysterious voice presents lyrical, yet dark, themes from post-apocalyptic worlds to the paths of love and loss.

While the music might bring you to a world of broodiness, the stay will be immensely pleasurable thanks to their intensely lush atmospherics.

Find out more about them here and check out their songs below.

Watch one of their music videos below too: