Outside, the orderly queue outside TAB saw many black band t-shirts. Ah, the black band t-shirt; a sure sign of a metal fan. That night there’ll not only be one, but two metalcore acts – Blessthefall and August Burns Red. Inside the sleek, stylish establishment, fans were all over the place. A true indicator to a metal gig.

As usual there was waiting. Most of the crowd were at the front, pumped and ready for the concert to start, there were the less adventurous few who retreated to the plush seats at the back. Some were at the bar, and a handful at the merchandise booth to get mandatory black t-shirts. 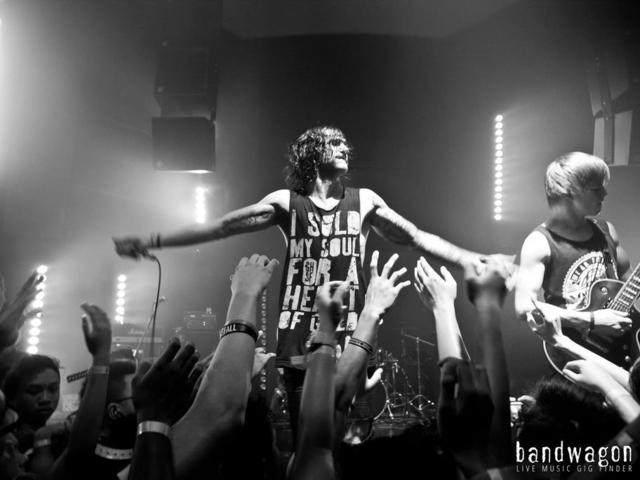 Finally, their wait was over. Blessthefall stormed the stage, guns blazing (well, more like water bottles). Lead singer Beau Bokan instantaneously sprayed water all over the audience from his water bottle and threw it in the air which conveniently landed right beside me. They wasted no time and started with their first song of the night, ‘Awakening’. The crowd was ecstatic and fans were constantly moving and jumping. Song after song, the band did not let down with their high-octane antics. It felt like it was one big party inside, coupled with the blinding lights and a crazy moshpit. Bear in mind, August Burns Red had yet to play but Blessthefall were already giving them a run for their money. However, the party ran its course rather quickly as BTF finished after about 7 songs. The crowd wanted more but sadly the band did not return to the stage for an encore.

A handful of the crowd left the venue to catch a breather after Blessthefall’s intense set while some lingered on inside, hoping to secure a spot at the front. Surprisingly there were still more fans gathering near the merchandise booth, with stock depleting by the second. The wait for August Burns Red caused the fans to chant ‘ABR!’ until they finally came out. 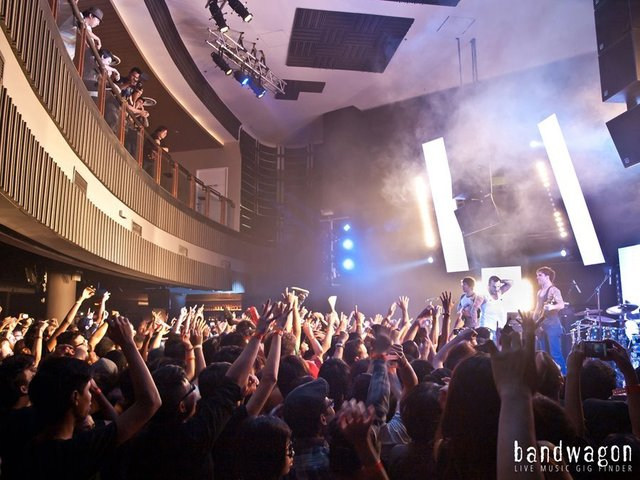 The drummer, Matt Greiner, was the first to come on stage. He unleashed a pummeling drum solo to the unsuspecting audience. You would’ve been hard-pressed to find anyone there who wasn’t impressed by his abilities. As the rest of the band made their entrance, the crowd went nuts. Vocalist Jake Luhrs had an unbelievable commanding presence on stage. The crowd was more than eager to listen to his every word, pulling off impressive ‘wall of deaths’ and circle pits when he told them to. Even during the song ‘Internal Cannon’, which features a segment of salsa music, he encouraged the crowd to pick someone and dance. Surprisingly the crowd did not look at each other with bewilderment, but instead they managed to turn the moshpit into a dancefloor (well, sort of). It weirdly did not feel out of place. For someone who has been at many metalcore gigs, it was really cool to see how open-minded and carefree the fans were. Props to them!

He proclaimed how grateful he and the band was to be playing in Singapore in front of their fans, and was quick to say that their Singapore stop has been one of the best on their tour so far. That obviously gave a reason for the fans to make even more noise. Carefully selecting from their seven-year-old discography, they pleased the crowd with favourites such as ‘Meddler’, ‘Indonesia’, and ‘Marianas Trench’, among others. However, what got the crowd going was when they picked an audience member to take over the bass player to play the last song of the night, ‘Composure’. He was all smiles when he happily played alongside the guitarists, while the crowd cheered on. 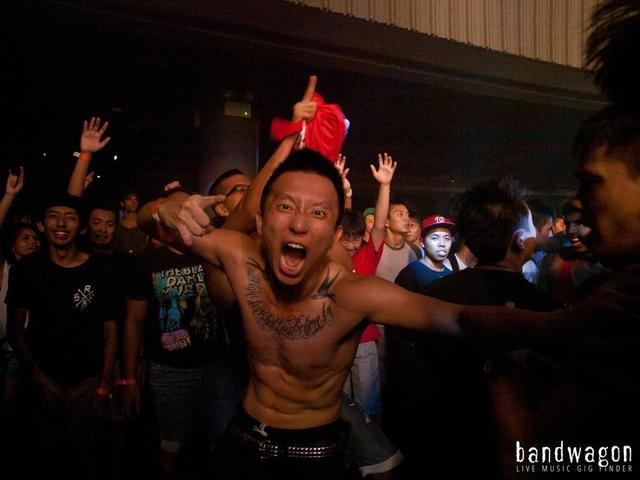 August Burns Red proved to Singapore why they’re one of the biggest bands in the modern metal scene and Blessthefall showed that they were formidable forces as well. The fans were a testament to this, it was clear that they had a blast, I know I did. 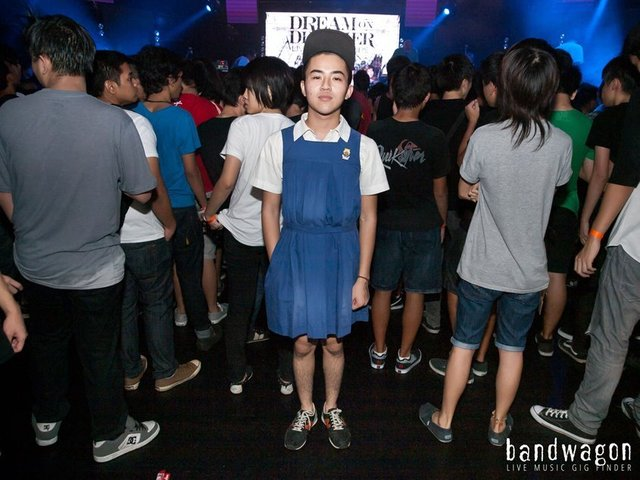 Bandwagon's contest winner who agreed to don on a uniform to the gig if he won. Kudos for being true to his word! More info here.