Words by Olivia Griselda
Photography by Rueven Tan
The Drums come up with seriously infectious tunes. With easy-to-follow lyrics and random hooks, the indie pop band’s recent performance in *SCAPE Warehouse inevitably drew enthusiastic response from their fans. Sing, clap, holler – those were the orders of the night.


It was the Brooklyn outfit’s third appearance in our sunny island (two more than Malaysia, as they pointed out). They had been gracing Singapore every year since 2011. With the minimal stage layout, it was left to the band’s devices to entertain the crowd of 300 that consisted primarily of teenagers and 20 -somethings. Not that they have any troubles with that

What ensued was a powerpop-powered 1-hour set made up of tunes from their two studio albums The Drums and Portamento. The crowd’s voices and hand motions were up from the get-go with first song “What You Were”. The enthusiasm only grew when crowd favourites such as “Money”, “Days” and “Best Friend” came onto play. Never mind that the last song is about a dead best friend. Then, there were the more melancholic tunes such as “How It Ended” and “If He Likes it, Let Him Do It”. 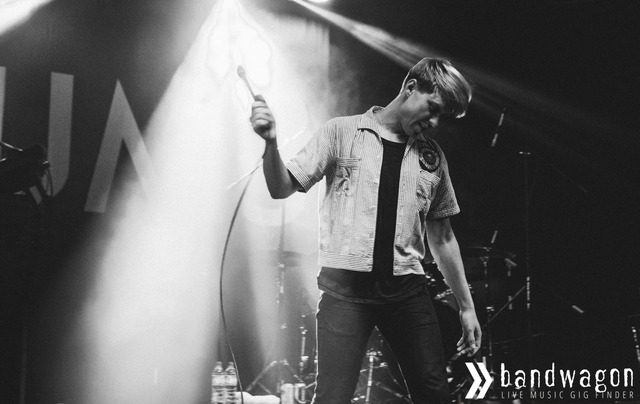 Vocalist Jonathan Pierce likes to dance. Swinging his innocent blond hair occasionally, Jonny danced in a manner best described as dorky-Hawaiian-bedroom, if there is ever a genre. One of the two remaining original members of the band, Jonny was also cheekily tapping on his wrist while singing “I Need a Doctor”. Meanwhile, touring lead guitarist Johnny Danger likes Mickey Mouse, as evident through his Mickey-Mouse-backed jacket. Jonny and Johnny were accompanied by bassist Charles Narwold, drummer Danny Lee Allen and another original member Jacob Graham, who was spot-on on his synthesizers.

Before launching into “I Felt Stupid”, Jonny reminisced over how he wrote the song with Jacob back in 2008 in Florida.  They had no idea of the success they would eventually achieve. While due to start work on The Drums’ third studio album soon, both Jonny and Jacob are also set to launch their respective debut solo album at the end of this year. 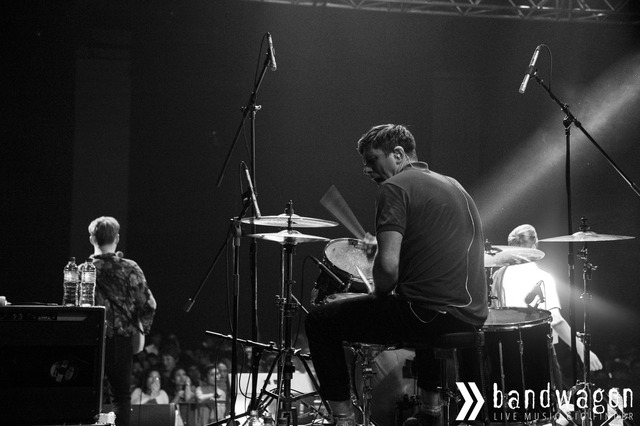 It will be quite a while before the Drums return to Singapore (next year, you sure?). Nevertheless, the band managed to end their Singapore concert on a high note. Whistle-friendly “Let’s Go Surfing” had closed the first 15-songs set. Yet, they had to return after the crowd demanded an encore, chanting the lyrics of “Down By The Water” aloud. The song was an apt, sweet conclusion to a night filled with sing-alongs, clap-alongs, and lots of fun.