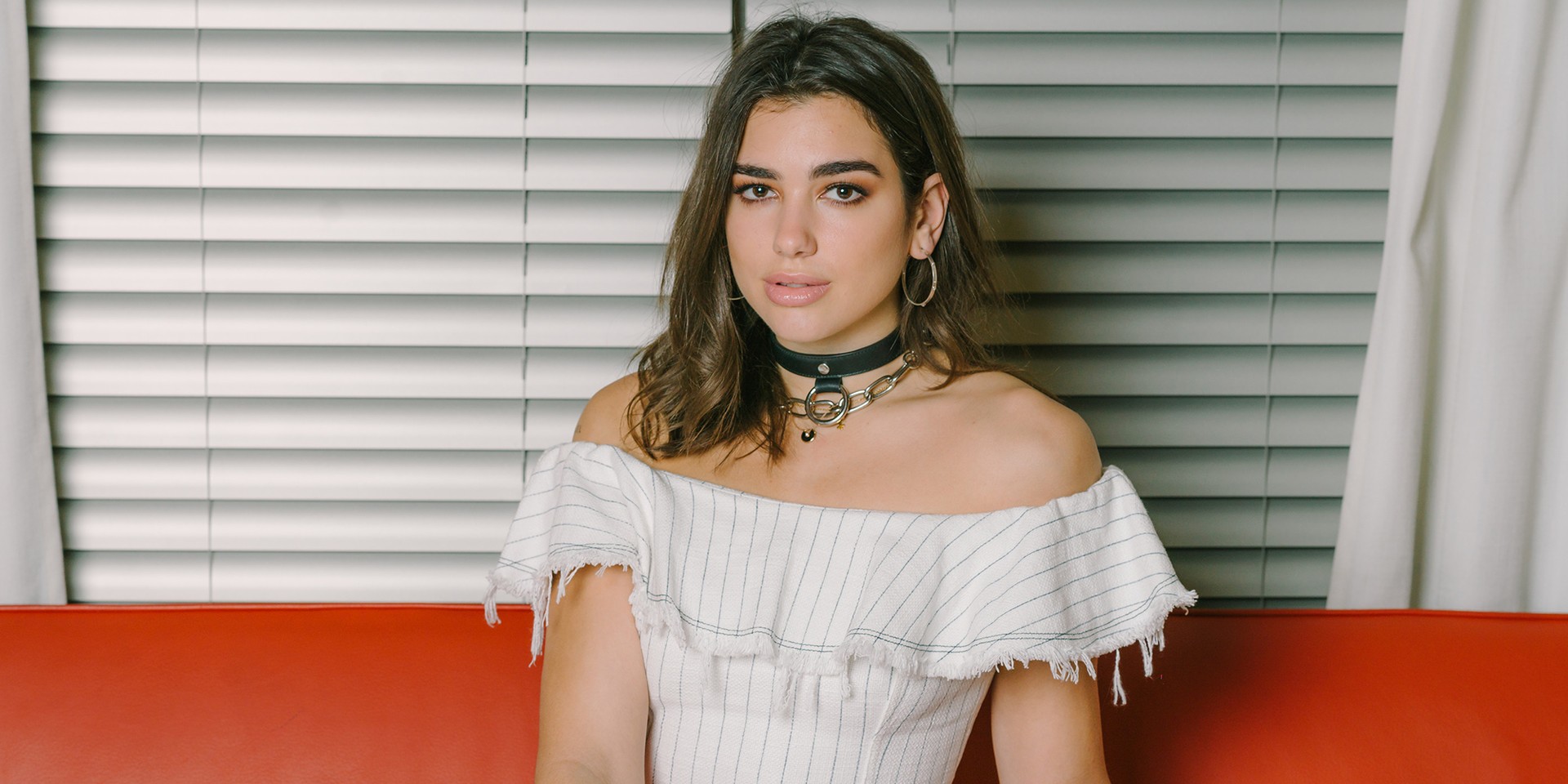 As of yet, not much is known about self-proclaimed dark pop powerhouse Dua Lipa.

So far, her enticing blend of pop music has dominated radio waves from country to country, starting from her country of origin, the United Kingdom. In fact, she's already become fairly prolific even before an official album release, with six singles off her debut self-titled album – an interesting feat considering Dua Lipa consists of 12 tracks, discounting her deluxe edition bonus tracks.

Dua explains that it takes "a lot to break a new artist and introduce them to the world" – it’s the main reason for the long run-up. Her first single off the album, ‘New Love’, was released in August 2015.

May 2017 – one month away from the release of the album on June 2nd – is the first time Dua has had the chance to come to Southeast Asia to promote her album.

Regardless of the resultant hype, she’s unfazed by the pressure that artists usually feel in the run-up to an album release – the pressure "makes [her] work", and this long run-up has only helped her feel even prouder of her debut effort. "I can’t wait for everyone to hear it. It’s been a long time coming," she says. "I’m really excited." 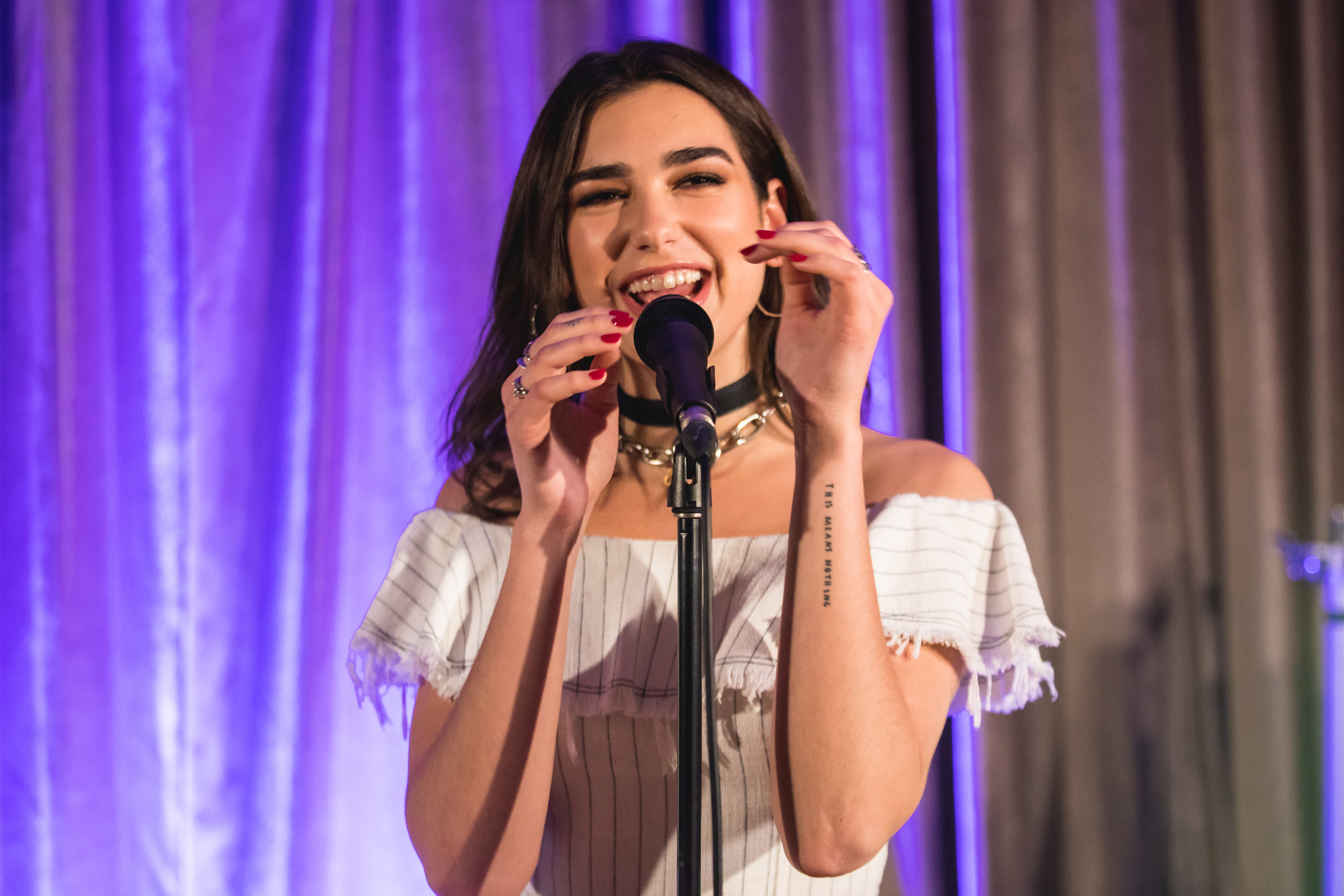 A quick glance through her discography would tell anyone that she's been hard at work in the lead up to the album — working with dozens of producers and artists ranging from EDM stalwarts Martin Garrix and Major Lazer to pop mavericks like Miguel and Coldplay frontman Chris Martin.

The resulting song with Garrix? 'Scared To Be Lonely', a brooding but typically uplifting track, but her solo single 'Blow Your Mind (Mwah)' is a lot more buoyant and assertive where Lipa's personality shine through, especially with its music video.

Dua Lipa – only 21 this year – is humble about this: "I absolutely love collaborating with new artists," she says. "I find so much inspiration from them, it’s exciting to get to experience different genres but still make them my own and I love being able to kind of branch out." The workhorse also admits that she "already [has] a few songs" for her second album.

What is heartening is that despite collaborating with so many artists, her musical identity remains firm. It is important for her ‘to get out who [she is] as an artist’ – which is why she’s also been incredibly careful with who she’s collaborated with. "I wanted people to get a really clear idea of what I do," she says.

The induction of six new singles prior to the album's release hints at that — Dua Lipa is certain each song represents a facet to her work that she wants people to understand before she dives headfirst into the world. 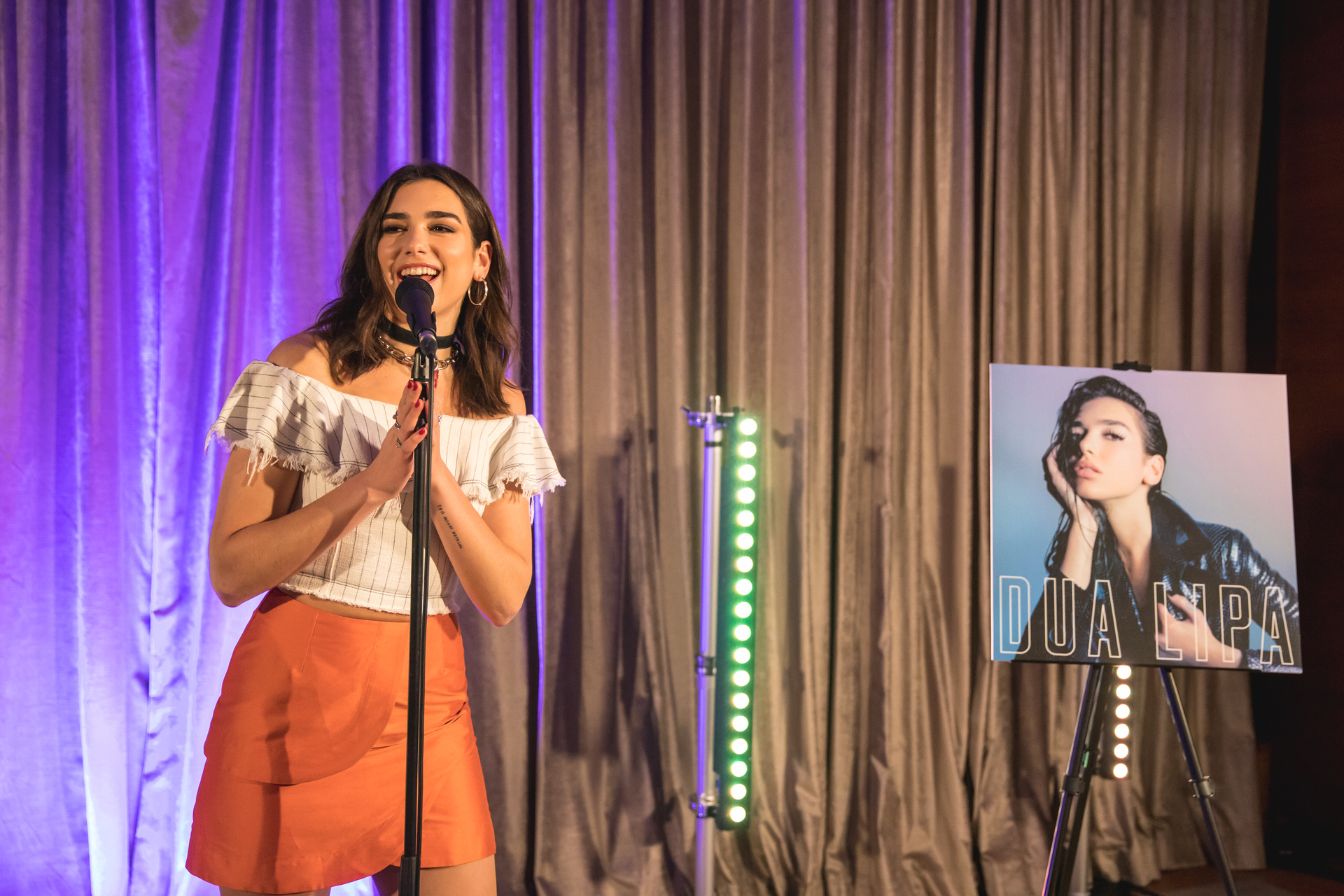 This was proven to us at her private showcase within the confines of JW Marriott Hotel Singapore South Beach – where a small army of raucous Dua Lipa fans had gathered after winning a host of contests online and on radio.

Not only did they show up and cheer at the top of their lungs, they knew all the lyrics to Dua’s songs. At one point, one fan screamed "WE LOVE YOU DUA", a staple audience cry at any pop concert, all the more inviting in an intimate function room.

Perhaps the long lead time to her album has generated sufficient hype after all. It’s allowed Dua to solidify her musical identity — which she’s very confident in — and build a loyal, loud, and proud fanbase that spans the globe.

Even if Singapore will have to wait for a while before we see her in our sunny island state again — it won't be surprising if she ends up on Neon Lights or Laneway line-up in the future — Southeast Asia will host her swift return later this year when she plays We The Fest in Jakarta and Good Vibes Festival in Malaysia.

Whatever it is, Singapore is ready to welcome Dua back with open arms – that night’s showcase was an excellent indication of that. 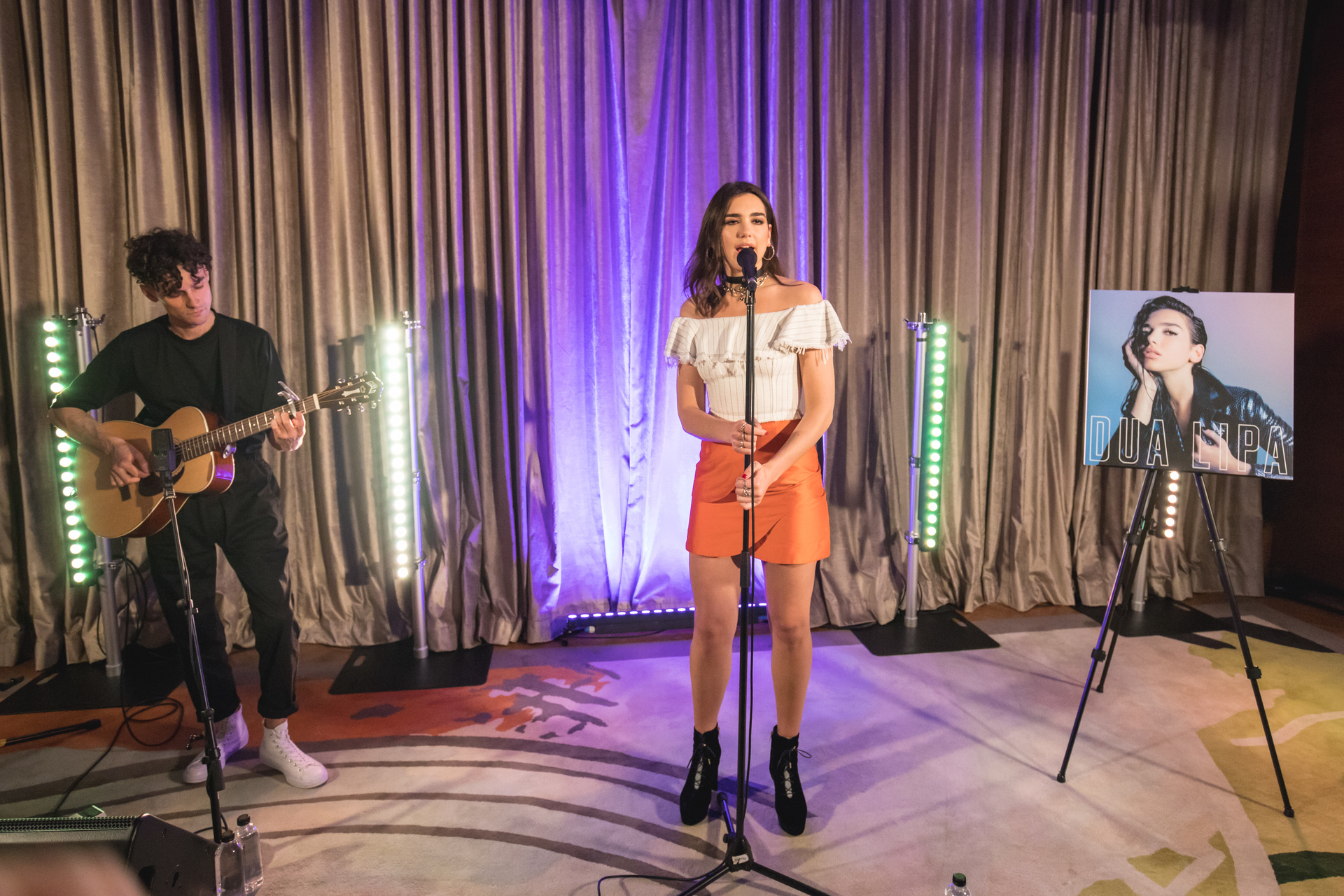 Here's a playlist from her to hype you up for the impending release of her self-titled debut, Dua Lipa:

Special thanks to Warner Music Singapore for setting up the interview.