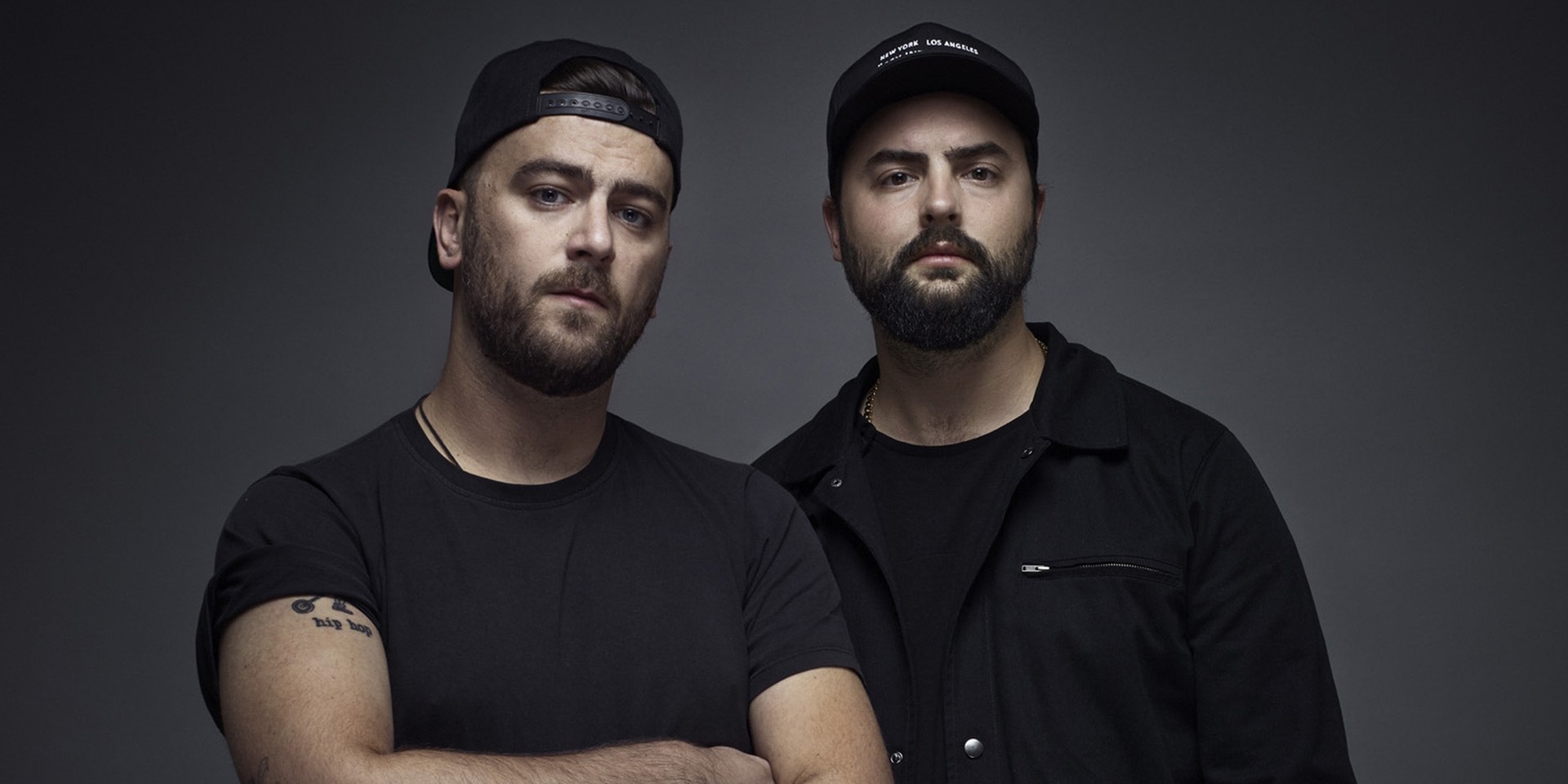 Bandwagon was given an opportunity to talk to Max Oude Weernink and Danny Groenenboom of Dirtcaps before their set at It's The Ship 2017. The Dutch trap-house duo kicked off their very own label, KLASH, in 2016, and have been on a tear ever since, with collaborations on the Barong Family album, a single with Afrojack and more. Find out what the guys had to say about their sound, their label and their future plans below.

Who were your musical influences growing up?

Danny: I used to listen to a lot of rock, punk, ska, but I also listened to a lot of hip-hop since I was young. In my teenage years it was a lot of Blink-182, The Offspring, that kind of stuff. For hip-hop, it was Tupac, The Notorious B.I.G and also the music my parents listened to.

Last year, you started your own label, KLASH. How has that been so far?

Max: To be honest, it’s been a really good experience. We were a bit fed up with the bigger companies telling us when and where and how to release our music. Now, creative-wise, we’re totally free to do whatever we want. We don’t like to think in genres as much as other artists do, so if we want to release a track that’s more poppy, we can also release it next to a track that’s more hard, like harder genre.

Your music has been described as a fusion of hardstyle, festival trap, big room house and subground. How did that mixture come about?

Danny: I think it’s that way because we started off opening for American style DJs, where they play every genre and we had long set times playing in local clubs so we really experienced how to DJ before anything else. Nowadays, there are a lot of artists who blow up because they produced one hit song and then they’re invited to play at big festivals, but they’ve never really played a gig in their lives before.

We had a lot of experience so we thought that in order to stand out, we had to find ways in our sets and our music to accomplish that. That’s why at a Dirtcaps show, you can hear a Notorious B.I.G vocal set against a trap drop. We try to switch things up a bit. I think our sound is mainly trap-house and everything else is little tidbits, sprinkle in a little bit of everything.

Danny: Oh yeah, for sure. We never left Barong Family. It’s hard to leave your family because we started this thing as a group of friends and a lot of them have either gone their own ways or only releasing music exclusively on Barong. We wanted to be more than just one thing, so that's why we also started KLASH.

We have a song that was released on Barong in December, it was on Wiwek’s EP, so that’s definitely something we really had fun with. At this moment we don't know if we’re going to release an EP on Barong but we’re definitely very much still a part of it and we’ll always love them. Family is everything.

What was it like working on the Barong Family album?

Max: That was really fun because we were with all of our friends. Basically, we started almost seven years ago, and we started as nothing. It started off with us and Yellow Claw, and they didn’t even have their own studio at the time so we brought them over to ours and we started producing from there.

Then all these different people from all these different genres came in. People like Moksi, Mike Cervello, Wiwek, Lny Tnz, The Galaxy and all that. It was really fun to be with everyone and just focus on producing the music we love, as a family. We never aimed to make hit songs, we just made what we wanted to make.

How was the rest of your Asia tour?

Danny: It was amazing. I think traveling is hard in general, I don’t know anyone who loves the travelling aspect of touring, like being in flights all the time and getting delayed and all that. But Max and I are such food freaks that when it comes to Asian food, we’re just so excited and we don’t mind the traveling.

Max: I think another thing that makes it easier is that we love history and Asia has some of the richest history in the world. We always try to go to ancient temples and churches and all that kind of stuff wherever we go. That’s one of the perks of being a DJ.

Danny:  Music-wise, we’ve got a song with Afrojack that just came out called 'Bad Company'. We also released an EP very recently, where we released it track by track every week, and at the end of the fourth week, we released the EP as a whole. There's a lot more new music coming, we're just not going to stop anytime soon. It’s gonna be good stuff.

Check out Dirtcaps' 'Warrior' below.