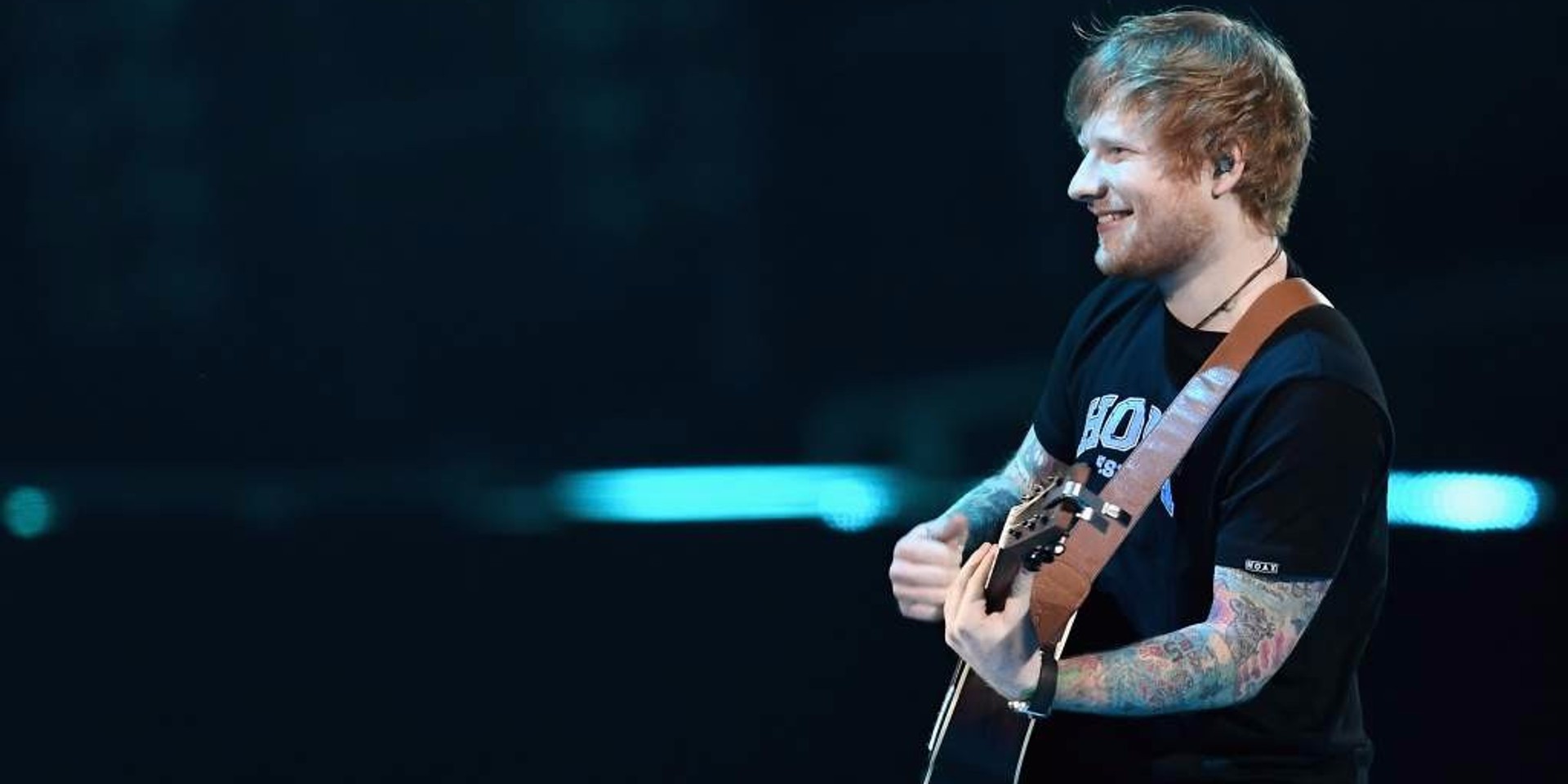 Ed Sheeran has sustained an injury on his right arm. The singer-songwriter was hit by a car while riding his bicycle in the streets of London.

In a post on Instagram, Sheeran informed fans that he was "currently waiting on some medical advice", but that the injury could affect some of his upcoming shows, forewarning the possibility of a cancellation or postponement of the tour. 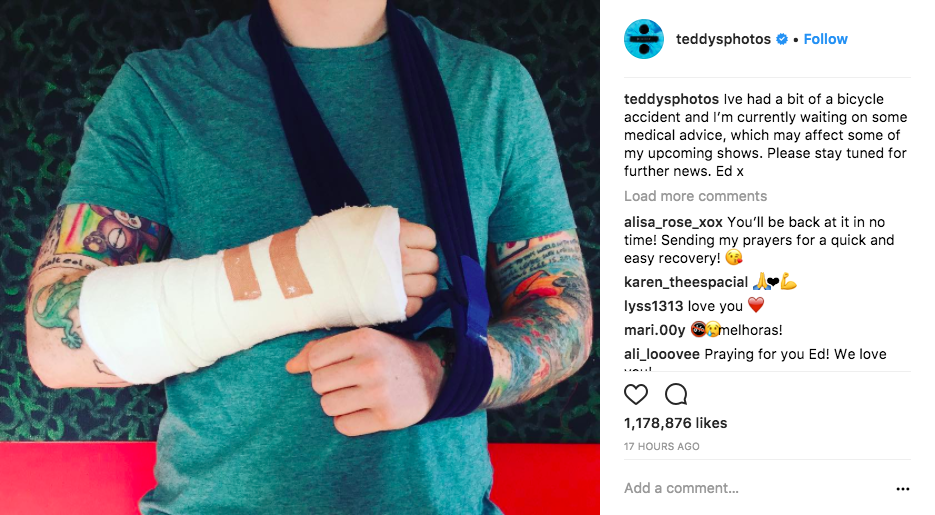 Sheeran is currently on a break from his world tour, which is scheduled to resume in Taipei on October 22nd.

The Taipei gig marks the first show of the Asian leg of the tour, which runs through November, with two sold-out shows in Singapore, along with dates in Manila, Kuala Lumpur, Bangkok, India, Japan, South Korea and Hong Kong.