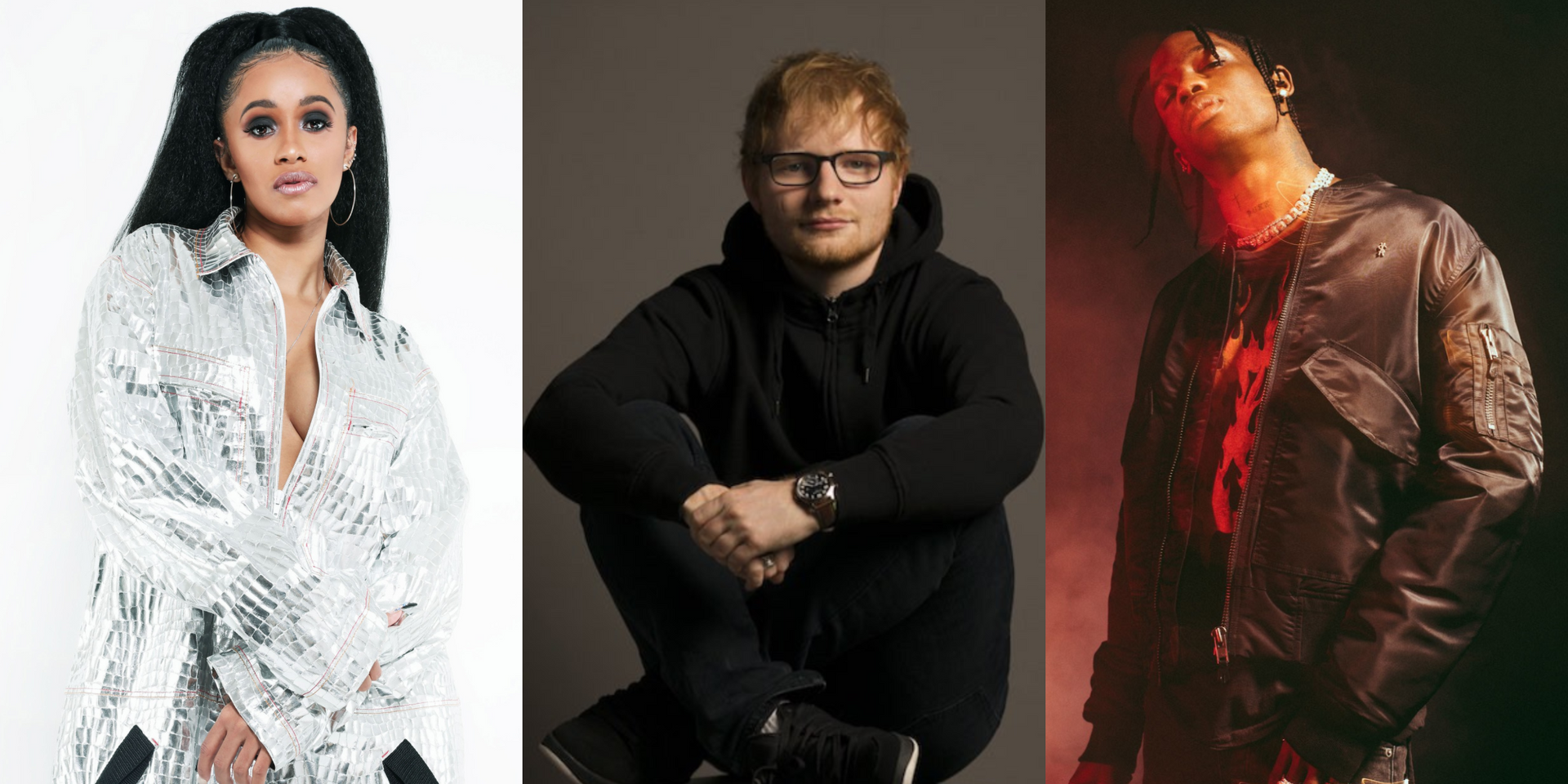 Two of the songs that are being featured on the album, 'Cross Me' with Chance the Rapper and 'I Don't Care' with Justin Bieber have already been released. Now, Sheeran has unveiled the album's track listing, as well as the features set to appear on the record, which will be released on 12 July.

The 15-track album will feature the likes of Cardi B, Travis Scott, Skrillex, Bruno Mars, Eminem, H.E.R, Stromzy, Khalid, Ella Mai and more. Check out the complete track listing below. 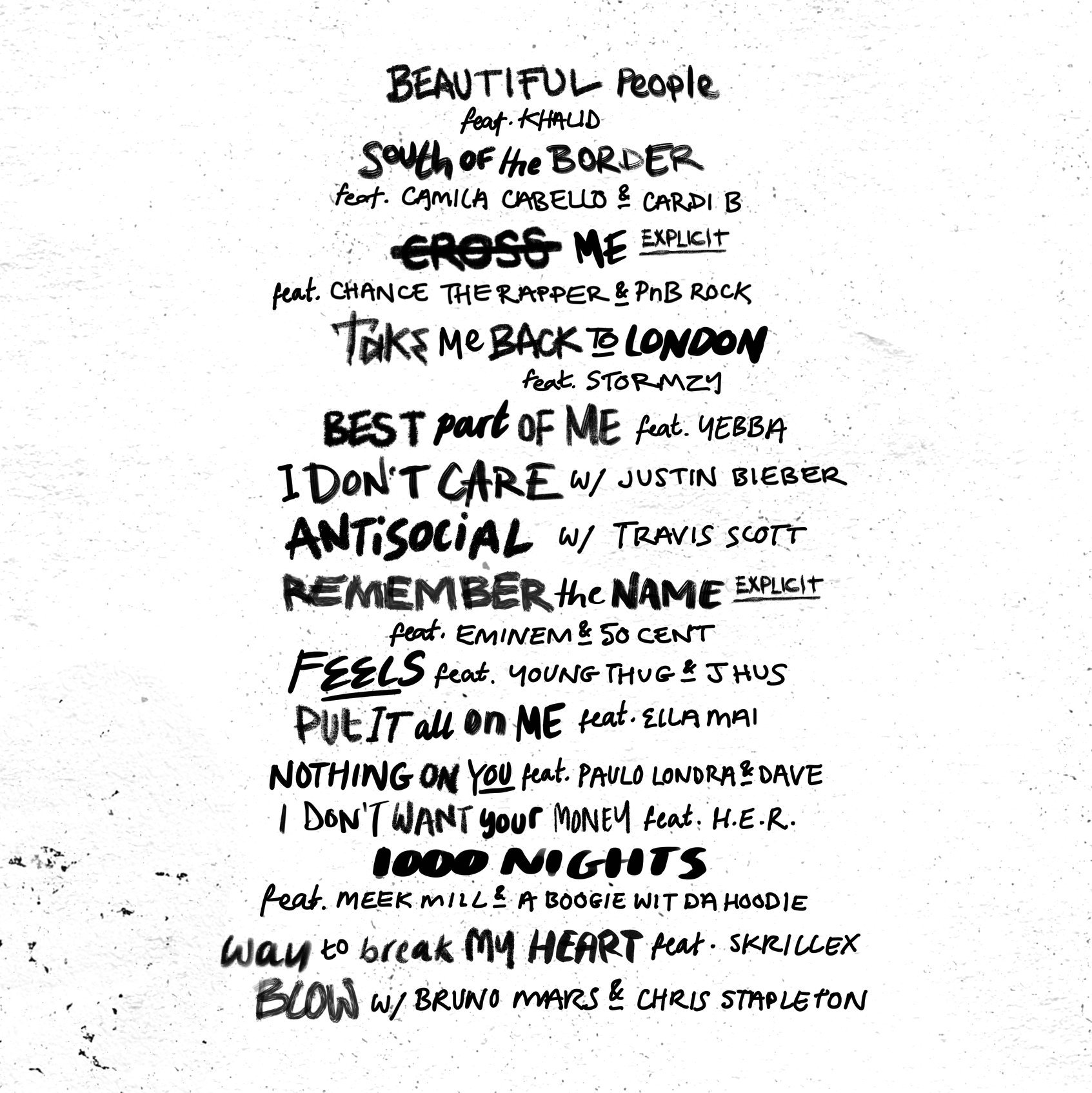