In what may appear to be a bold move after the unfortunate events that followed the cancelled Future Music Festival 2015, the people behind Ultra Music Festival have recently revealed that they've expanded to Singapore for their next instalment.

Best known for their elaborate stages and top-tier lineups, Ultra Music Festival made the grand announcement at its main event at Miami, Florida in the US according to Billboard — just minutes before producer Skrillex's set. While no other details have been revealed, a Facebook page has already been set up although it has yet to be confirmed if the organizers are behind the page, which is reaching 500 likes as of 4pm (UTC+08:00). Ultra Music Festival has also expanded to Croatia and Japan in recent years.

As we wait for more details, check out Hardwell's set at this year's edition to get a feel of what we might just have next year. Hardwell will also be playing at Gardens by the Bay on May 9.

UPDATE: It appears that Ultra has finally landed here. Announcing Road to Ultra Singapore, it will be happening at the Marina Bay Convention Centre on September 19 — which also happens to be the same weekend as the F1 festivities. The line-up is confirmed to be US dubstep crusader Skrillex, Swedish DJ Alesso and Dutch producer Alesso. Support will come from emerging producer Mija. Tickets can be purchased here. 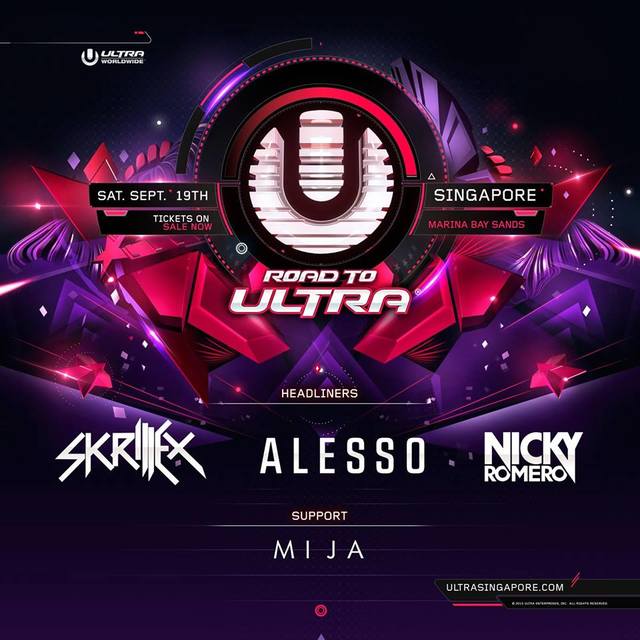