Words by Delfina Utomo
Photography by Dominic Phua for The Gathering

Equal bits electronic soul and electronic pop, the project of Mike Milosh and Robin Hannibal, Rhye, debuted their record ‘Woman’ in 2013, it piqued the interest of many - jazz inclined instrumentations, soul-infused pop, the clicking beats, with saxophones and strings even - it was a superb collision of genres and of course, it was going to be interesting to see how it would be executed live.

And of course they impressed on that night at TAB. Intimate dim lights, the lulling smoke machines which only seem to accentuate the performance, the audience was already in the mood for love. Milosh was effortless in his delivery, and his band was intuitive, adept and definitely the standout of the night. You’d get a good chunk of musical education with the subtle electronic tones, jazz improvisations and even post-rock stylings all in one set. If you’re looking to watch an exact recreation of the recording, you’re looking at it wrong. 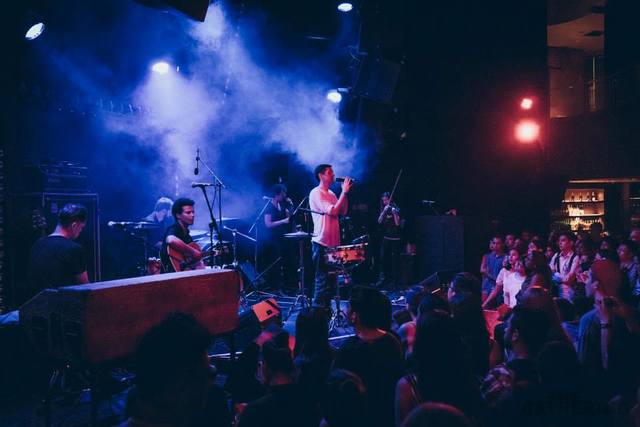 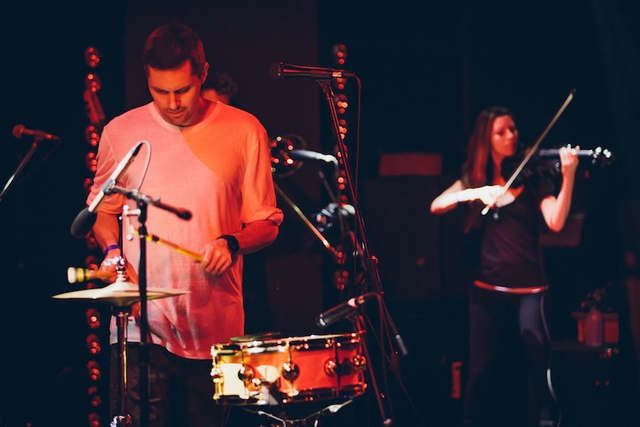 It’s not like it was the first time we saw an electronic band pull that off live. British electronic producer Simon Green, or Bonobo  embarked on a much lauded world tour, showcasing his majestic album The North Borders. The North Borders world tour was a monumental and extensive project, with various singers and musicians involved. There’s string arrangements, sparse synthesized sounds, jazzy vocals that anchors and energises a track - truly an opulent effort.

And then in our playground itself, we witnessed Caribou, also thanks to The Gathering, who pretty much executed the cosiest dance party of the year. Drum, bass, guitar, and synths, it all seemed to come together in that set. Dan Snaith and his band gave an energetic live performance to the live renditions of his songs. It was seamless and each track segued most delightfully to the next track - as it would if you’re listening to a record but it was all real and recreated live in front of our eyes.

As the electronic music evolves and grows, bands and acts are bridging the gap between the boards and knobs set-up and the full live band layout. Artists like the aforementioned Bonobo, Caribou and even local electronic acts such as .gif and Intriguant have begun to include live instruments for their performance, giving their songs a dynamism for audiences who what to hear more that the recorded version of the track in a live setting.

Today the idea of live electronic music is no longer a new concept to most people - in fact, electronic music has never been so accessible. From the Calvin Harrises to the Shigetos, it’s given us new genres, new ideas, new possibilities, new experiences, and new listening for us to do.

And while we’re at it, here’s Trance stalwarts Above & Beyond taking it well, above and beyond by performing their first ever acoustic show (complete with harp), instead of the strobe lights, helming-the-decks setting you’re more accustomed to.