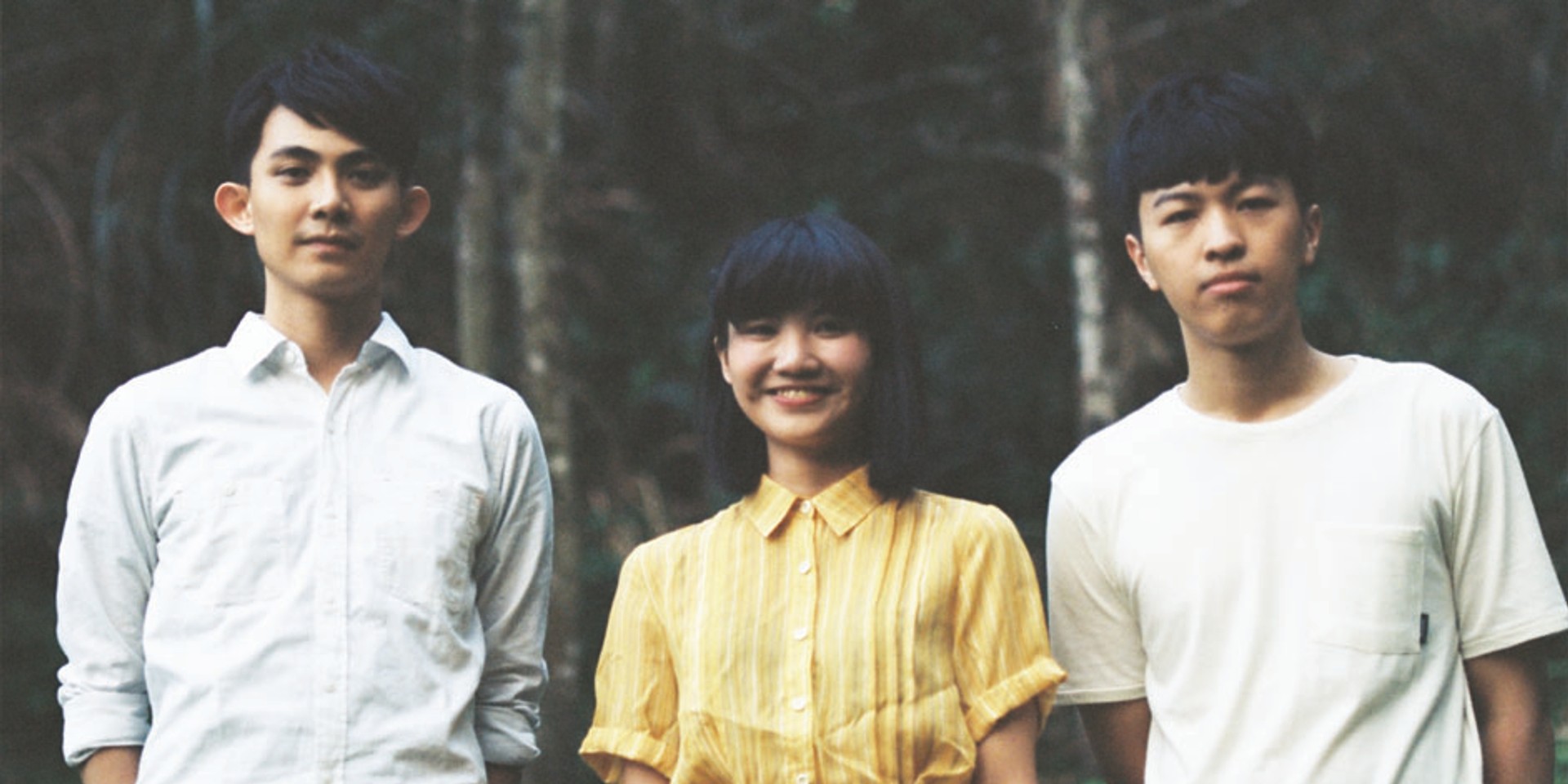 It takes a fair bit for any band to rise above the constant white noise of new music, but Taiwanese three-piece math rock collective Elephant Gym did just that.

And more astonishingly, they have garnered a large, devoted following in both Eastern and Western spheres of the globe, with less than an hours worth of recorded music to their name through their five years of existence.

Yet, for all their associations with it, math rock may not be a descriptor entirely suitable for their music — where most bands in the genre prioritize shape-shifting time signatures above accessible songwriting, Elephant Gym integrates them seamlessly while still maintaining the restlessness and energy that is now their gleaming hallmark.

Songwriting prowess aside, the three members of Elephant Gym have also made a name for themselves for the uncommon decision to utilize the bass as the leading instrument, as opposed to the traditional choice of guitar. It was a conscious choice by the group, and is represented in its name, the ‘Elephant’ being the bass, and the Gym being a short-form for gymnastics — musical gymnastics that revolve around KT’s basslines.

Ever-active and melodious, bounding in arpeggios and other odd intervals, featuring infrequently-seen techniques like tapping, it's easy to see why the band have been able to stand out early in their career. "We noticed that there weren’t many bassists like KT, both in Asia and worldwide, so we thought that featuring the bass would make us special," explained Tu.

But despite their prized instrumental quality, they have since toned down the use of bass in their latest EP Work (工作), released in October 2016. "It’s still there, but not as obvious," said Tell, "We do want to have different layers and textures to our music, so if the bass is leading all the time, it gets boring."

But in addition to that, the group also allowed new influences take the forefront of their music. Following the release of their second EP Angle (角度) in 2014 and a successful regional tour, the band went on hiatus while Tell and Tu finished their mandatory 12 months of military service.

During that time, KT kept busy by helping to form Taiwanese indie supergroup Felix Felicis. Tell listened to Japanese city pop in his downtime, while Tu gravitated towards the informally-named genre of future R&B, citing Hiatus Kayote in particular. Those are not exactly worlds away from the common ground of math-rock and post-rock that brought them together in their university days in 2012, but they were sufficiently different to tug at their tried-and-true formula.

"We ended up adding more jazz-influenced parts on the EP as a result, and some extra instruments like piano parts and solos," said KT. The relaxed nature of city pop seems to have made its way onto the EP too, with the punk-like angularity of their pre-hiatus sound polished with a breezy, dance-focused edge.

The recording of the EP was relatively drama-free, something that the band agreed was due to greater awareness of the kind of working environment that best suited each member — Tell comedically recounted getting into a massive argument with KT during the recording of Angle in late 2013/ early 2014, while Tu and their recording engineer (and friend) hid in the other room — and mastering to ability to work within limited studio time.

The turnover from writing to release of the EP was swift too — Elephant Gym only reconvened in July 2016, when Tu finally completed his military obligations (Tell had finished three months earlier, in April), and wrapped up recording two months before its October release. 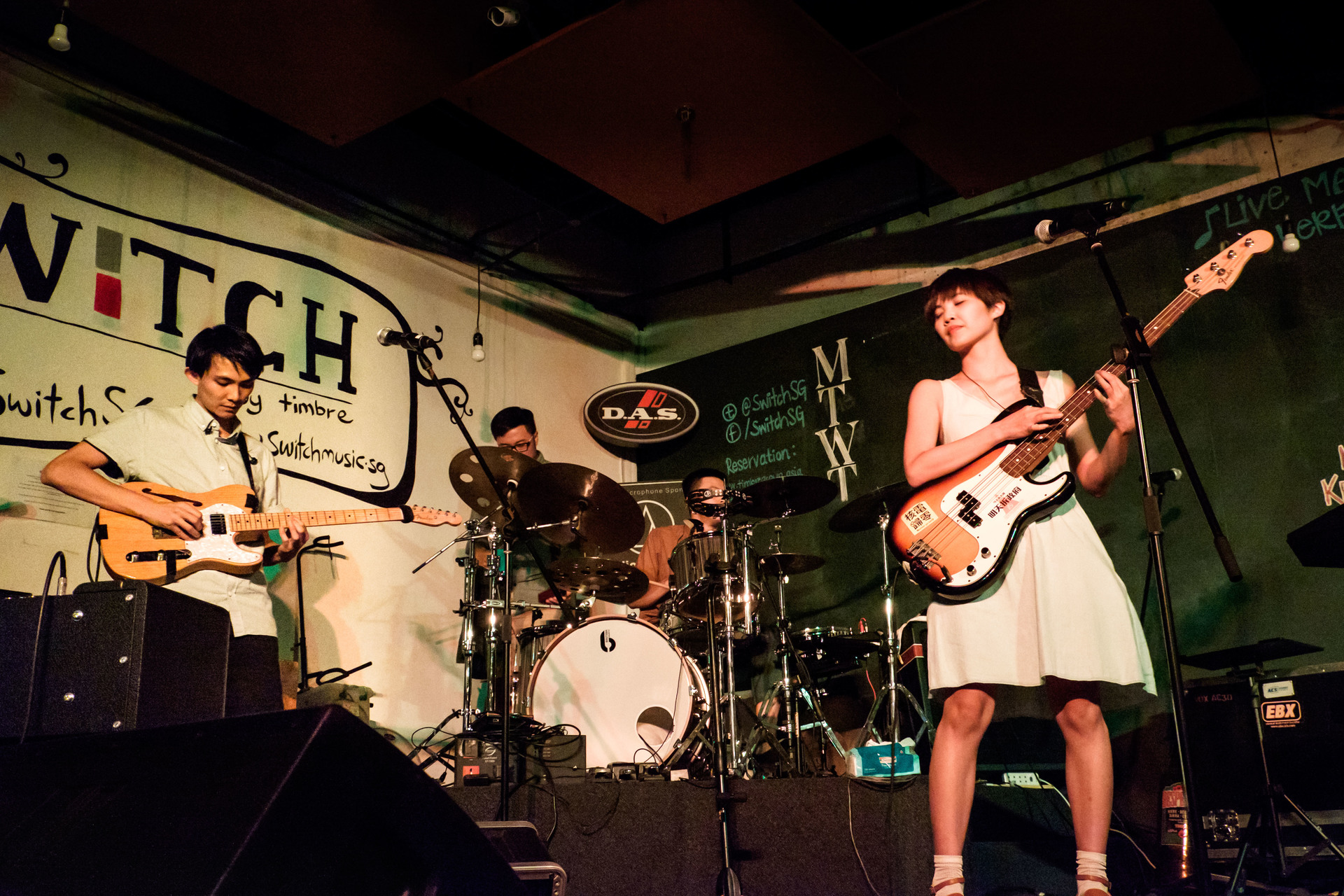 The band have since kept active on the creative front since the release too — besides regular concerts in the region, they also organised a multidisciplinary extravaganza of theater and dance centered around their music, known as the ‘Bridge’ Auditorium Tour, in Taiwan. It's their most ambitious extension of the incubating creative freedom blooming within the band, whether if it was a collaboration with Mandopop singer Yoga Lin or an incorporation of Taiwanese folk music.

This open-mindedness, combined with their unique take on math rock, relentless work ethic and constant engagement with their fans — their YouTube channel, while now dormant, features montages and live performances — probably explains their rise over the years, not the least in a niche genre.

The three-piece band are taking small but self-assured steps towards making Elephant Gym a full-time commitment, no small feat in a climate where all but the biggest bands hold jobs on the side to supplement their art.

In the meantime, they currently live frugally back in their hometown of Kaohsiung while quietly writing their first full-length album, which they are currently aiming for an early release this year.

For now, they've earned a slot on the roster of US record label Topshelf Records. Concerning themselves primarily with indie rock, math rock, post-hardcore and screamo bands, they've kept an eye on Asia over the past few years, roping in celebrated bands such as Toe, LITE, and Mouse On The Keys. In February, all three existing releases by Elephant Gym will be issued on vinyl for the first time in the band's career, along with digital distribution.

Some fans have heralded Elephant Gym as the "next Toe", if not just for their similar approach to math rock that favours clean instrumental work and fascinating, yet accessible, song structures.

It is a comparison that, understandably, the band laughs off. "We think our music is very different," says KT, "We don’t think there is any part of our music that sounds like Toe."

"They are our idols," added Tell, "And we are very honoured to be compared to them." But there is no pressure whatsoever to live up to that comparison, the band asserted.

On the last night of their three-show run in Singapore, at Switch by Timbre for Music Matters 2017, the bar-restaurant was packed, with a group of seat-less patrons crowded near the back to catch a glimpse of the three-piece on stage.

Certainly not all of them were here just to see Elephant Gym — it was a roster of celebrated Taiwanese music — but the turnout was impressive considering that they had already played two concerts in the preceding days. Tu locked into a steady, spacious drum groove as Tell layered joyful guitar riffs, a stark contrast to KT’s bold and corporeal basslines. "I have something to tell you, I am very drunk!" KT animatedly yells into the mic, a line that fits in well with her sardonic sense of humour that fills the stage in between songs.

And with each release, Elephant Gym achieve a step closer towards any tangible goal they might have — but, on any live stage, the band evidently enjoys every minute of the process.