Words by Brandon Tanoto
Photography by Nor Asyraf

And indeed, it seems the biggest takeaway from an Ellie Goulding show is that you can always be certain to expect a delightful surprise from the English songstress. And that's what I was generously regaled with at the Esplanade Concert Hall on Tuesday. From flaunting her instrumentation expertise to presenting unexpected acoustic renditions of her hit tracks. Goulding had a colourful grab bag of aural treats for the 2000 strong crowd.

So here's the thing about Goulding that makes her such a joy to watch. It's the fact that with such heavy and intricate electronic production laced all over her tracks - mind you we're talking about massive layers of vocal samples here - she still harbors that striking ability to fill the entire establishment with her presence.

And the lassie’s weapon of choice is none other than her trademark coarse and trembling voice that pierces through the mélange of synthetic “wahs”, “woahs”, whooshes and whirrs. This comes on the back of her enthusiastic pounding of a floor tom and her kitten-like cuteness - best displayed when she expresses her appreciation or engages in little banters. 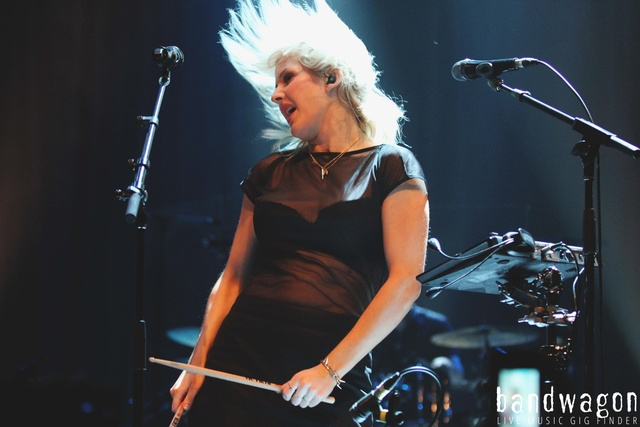 Let the photos do the talking - it's absurd how you wouldn't feel all warm and fuzzy inside when you're greeted with an endearing smile like that. It certainly comes with no surprise that the 26-year old ended up soundtracking the White House Christmas Tree light up, serenading Nobel Peace Prize winners, and singing for Prince William and Kate's royal wedding.

Although the 90 minute set started on a relatively flat note with the slower-paced Halcyon opener 'Don’t Say A Word', the singer-songwriter managed to provide sufficient variety to send devoted fans wild with little or no provocation. Pulling tunes from her sophomore release and her widely-received debut full length Lights, crowd favourites like 'Salt Skin' and 'Anything Could Happen' saw Goulding's gritty stage confidence at its finest.

Meanwhile, a stripped performance of 'Guns and Horses' and a cover of Elton John's 'Your Song' boasted her spectacular vocal gymnastics - summoning a chorus of sing-along voices. To top it all off, dubstep-infected hits like 'Under The Sheets' and 'Starry Eyed' worked its crowd-pumping magic effortlessly.

When I say anything could happen – I really meant it! Goulding dropped the bomb on the crowd when she tailored in the familiar Bassnectar dubstep remix at the end of her much awaited encore track 'Lights'. Believe me when I say it sent shockwaves throughout the venue.

However, the Lyonshall musician still has work to do to prove herself as the kind of star she’d hope to be. And it’s pretty unclear if Goulding’s masterpieces will be around for decades – like that Elton John classic – but on that night, it was indubitably built to last. 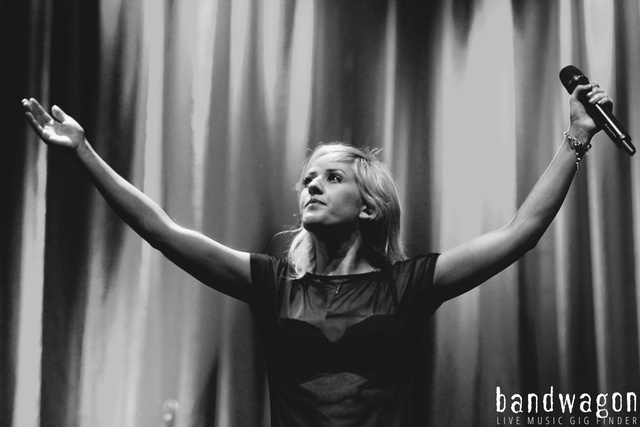