I play guitar in a band you may have heard of called Ellipsis. As of this writing, we have been longlisted into the Baybeats 2014 Auditions, and we are preparing for the first round of auditions to be held this weekend at a secret location. We have 15 minutes to set up, play 2 songs, and tear down to make way for the next band.

If you think that's fast, you've never been in a Battle of The Bands run by Singaporeans.

This isn't our first go-around with such contests - Earlier in the year, we also submitted ourselves to a competition to be the opening band for The Fray when Guinness invited them here to play for their annual Arthur's Day celebrations. Going up against other more experienced bands like Tim Koh, and Stopgap (fellow Baybeats auditionees). Still, we were selected by The Fray to open for them. We've also submitted packets to Lush 99.5FM and SGMUSO for inclusion in their playlists (Lush) and regional compilations (SGMUSO).

For us, being a relatively young band of almost 2 years, such contests and submissions are things that we have to do in order for us to be able to spread the word around. However, one thing has been on the back of my mind ever since we submitted our Baybeats packet - When the call for bands was announced, I Am David Sparkle tweeted:

Even as I was prepping to send in the band materials for consideration, I thought about that tweet and realised that on some artistic level, they were right. We don't "audition" overseas bands before they play our stages - we simply invite them. Why not just invite a local band to open for an international band? Why doesn't the Baybeats committee just pick the local bands to play? Why the need for all the spectacle, all the drawn-out processes of sifting through hundreds of applicants, drafting the longlist, going through all the logistics of finding an audition space, then whittling that list even further down to just 8 to 10 bands who end playing the worst set times of each day? 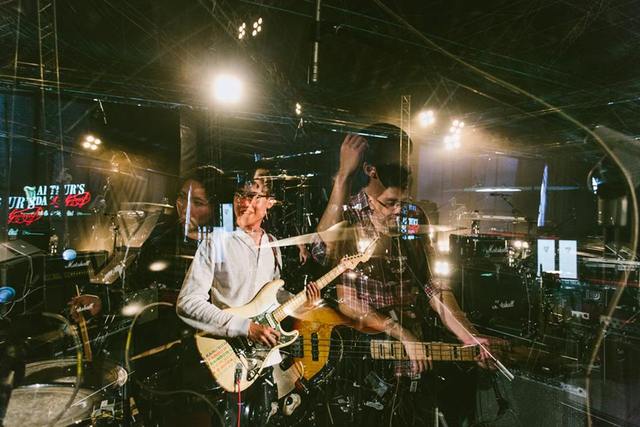 But thinking deeper, I realised that in this day and age just playing music in itself is not enough. This is an environment where having a strong online presence on Facebook and Twitter is almost as important as good songwriting and putting on good shows. And similarly, as much as I would for the band to be 'discovered' the old school way, with label scouts coming to our shows and finding us backstage with an attractive recording contract, the reality is the local scene has neither the size nor the touring infrastructure of America or the UK to make such things possible. Faced with this, how else can a Singaporean band hope to spread their name within our boundaries, never mind beyond?

We recorded our debut single Padawan huddled over laptops, recording instruments through practise amps and dodgy microphones, calling in favours to have it mixed, the cover art produced, and even to have a venue to play our release show. We sent that song to so many places we've lost count. And some of it has worked out. We made some money selling the single on Bandcamp and at our shows, we opened for The Fray (and earned a little cash doing it), we've played some pretty big gigs, and we somehow even managed to gain the attention of a campus radio director over in Rochester, NY. But sadly we've discovered all these to be short-term gains. Even with something as publicised as opening for The Fray in front of 1, 800 people, there's really no long-term benefit that we can see from playing that show. No additional digital sales income, no increase in social media, nothing. It was a blip on the social calendar that faded just as soon as it appeared. 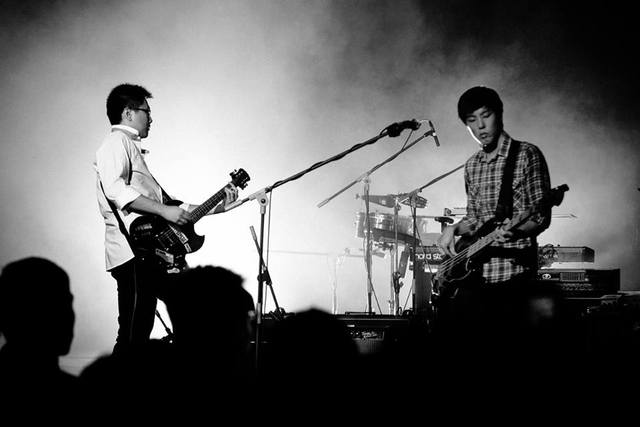 So what do we do? If these 'contests' do nothing more than to boost the social profile of these music events and generate earnings for only the organisers and not the bands, what is the use of local bands even joining in the first place? What's the incentive?

To find the answer to go forward, I looked back to my past.

Early in my introduction to the local music scene, I had the good fortune to work at the Wake Me Up shop, the storefront for the label of the same name that used to be host to many to local music's old guards, including Plainsunset and Vertical Rush. Back then they didn't have any such competitions or answered any calls to submit songs to radio, they just played the music. If good things happened it was a blessing, and if nothing happened they kept trucking on. And it was there that I found my foundation: keep playing.

So for as long as Ellipsis is around, we'll keep playing. We'll want to continue sending packets and presskits, of course. For every nine that miss, we'll hit one, and we'll consider that one good thing instead of the nine other nothings. We'll keep playing shows at Identite for as long as Identite will have us. We'll keep doing 15-minute auditions for festival slots. We'll keep recording and releasing music. We'll maintain our Facebook and Twitter accounts. And maybe one day, we'll receive that phone call asking us to play a festival instead. South By Southwest would be nice. 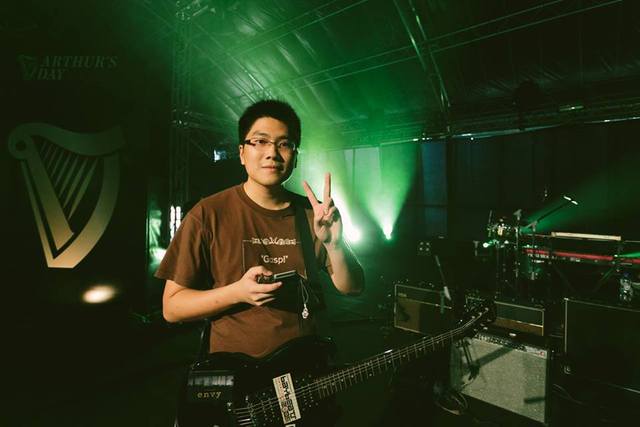