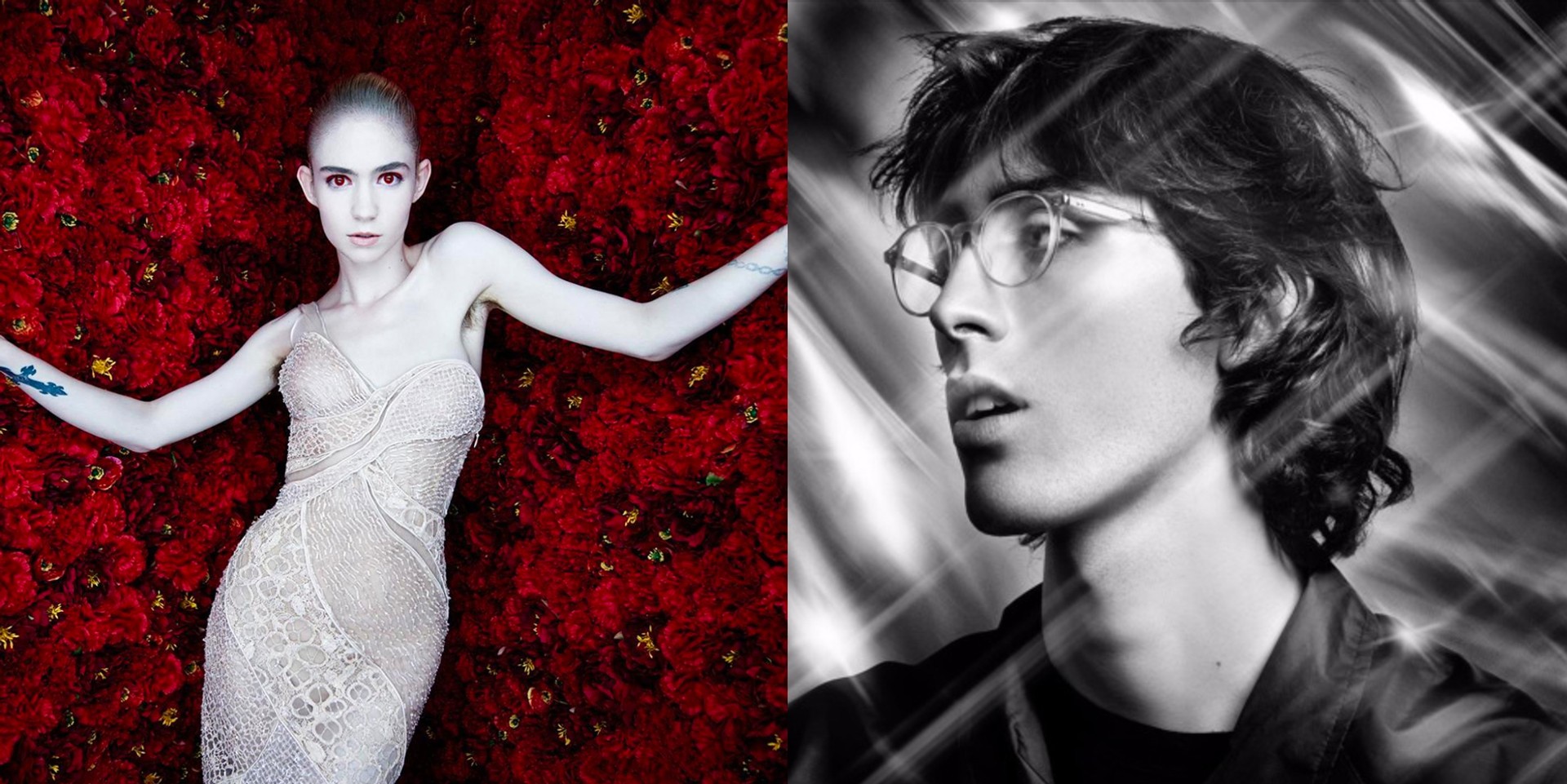 Over the past few days, news that Tesla founder and billionaire Elon Musk and electronic musician Grimes (pictured, left) are now a couple has spread across the internet like wildfire.

From the photos of them stepping out together at the Met Gala, to rumours that Grimes now has herself a spot on Musk's spaceship to Mars, to both Musk's and Grimes' tweets coyly acknowledging their relationship, to all the memes about this new indie tabloid couple, It's been almost too much. We don't blame you if you haven't been keeping up.

And now A.G. Cook (pictured, right), a prominent member of the controversial PC Music collective and close collaborator of SOPHIE and Charli XCX, has remixed 'Flesh Without Blood' from Grimes' critically acclaimed 2015 album Art Angels, naming it – of course – 'Flesh Without Musk.'

The remix appears on a mix Cook has named Hollywood Ambient, and is characteristic of Cook's work – high-pitched, sped-up, metallic and defiantly artificial.

If you take anything away from this entire Musk-Grimes saga, let it be an introduction to the work of A.G. Cook. Listen to the remix below, at the 49:20 mark.

Here's another remix by A.G. Cook, of 'Repeat Pleasure' by How To Dress Well: