In regards to the state of melodic and hard-hitting metalcore, aka the de-facto genre for misunderstood teens in the mid-00s and beyond, it has begun shifting away from its days of Hot Topic-centered goth fashion or basketball jerseys. With that shift comes with new directions in sound for many bands. Bring Me the Horizon ditched the pursuit of heaviness to embrace maturer melodies while tinkering with synths. The Devil Wears Prada has grown to be unashamedly brutal. Asking Alexandria has taken on the mantle of sleazy 90s hard rock. Enter Shikari, on the other hand, have always remained to be the dance-crazed weirdos we’ve always known and loved them to be.

Made up of frontman Rou Reynolds, guitarist Rory Clewlow, bassist Chris Batten and drummer Rob Rolfe, the group broke the Internet pretty quickly due to their quirky and creative use of electronic sounds in their realm of energetic metalcore and post-hardcore. Their demos and EPs had spread around like wildfire in the age of pre-Facebook, hype intensified every month which culminated into a sold-out headline show at the London Astoria in the UK as a band without a major label backing. Of course, with such feats, they got the attention of the industry and soon enough they got the attention of international distributors to help release their debut album Take to the Skies worldwide, which broke the UK Album Charts at No. 4.

Four albums into their career and they remain faithful to their own independent imprint Ambush Reality, while still maintaining popularity by setting up crazy high-octane shows and progressively writing songs that are fiercely critical of various political and social issues. What has never left is their ability to fuse their love for dance music with their roots in the hardcore scene into one synergetic sound. They’ve kept up with the evolution of dance music over the years and it has shown in their music, especially their dubstep-heavy third album A Flash Flood of Colour. “All of us have been into dance and when dubstep first came out, that was just something that inspired us to take our music into somewhere we’ve never gone to before.” says drummer Rob Rolfe. “We’ve always been inspired by house, dnb, electronica, we’ve never been afraid to go to new places. We let our inspiration to come through our new music, and our love for all these genres. Our background is very much embedded in the punk and hardcore scenes but we’ve taken on so much from the dance world that it’s impossible to hide it really.”

“As a band, we just do our best to push their music forward and not use genres as any kind of restrictions.”

Now with their fourth upcoming effort The Mindsweep, it showcases an even more developed sound based on ideas the band has had kept logged for a while. “For a very long time, we’ve had an arsenal of ideas and inspiration for guitar and electronic riffs that we’ve had sitting in our laptops.” says Rolfe. “We went back to these files and they gave us some inspiration for new stuff. One of the songs on the new album was actually a song we wrote before we formed Enter Shikari, about 12 or 13 years ago.” Being a band embracing starkly different elements outside of their primary genre may seem gimmicky but they’ve paid no mind to what a certain band of a genre should sound like. “We see genres as restrictions and boundaries and we rebel against that as much as possible.” Rolfe states. “As a band, we just do our best to push their music forward and not use genres as any kind of restrictions.”

With their seamless and all-inclusive take on heavy music, they’ve been indiscriminate on their sources of inspiration. “There’s so much new music being produced all over the world that we’re taking inspiration from, whether we know it or not but also we have such open minds that we’re constantly listening to old music now.” Rob explains. “Rou (frontman) has been listening to some classical music, for example. We’re just constantly taking inspiration from everything around us.” They aren’t so hard up on the music they listen to on the road either. In fact, the lesser the better. “We try to ease ourselves of music so it’s nice to have some peace and quiet on the road.” Rolfe admits. “Touring around the UK years ago, we had only two albums that we just listened to round and round. Not because we liked it but because those were the only two records in the van.” When asked what those records were, he remembers a Beatles record and the other, “a Katy Perry one or something". 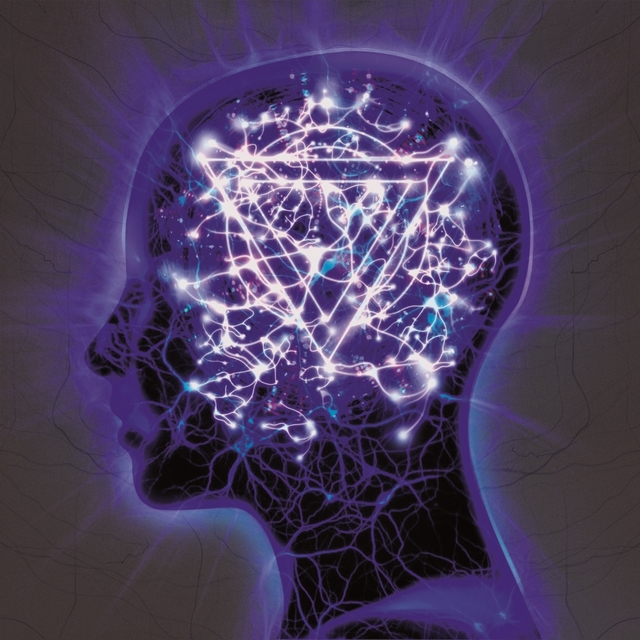 Beginning as a three-piece project named Hybryd, they renamed themselves Enter Shikari after being joined by guitarist Clewlow and they’ve remained tight ever since. “We’ve all grown up together. I think we’re at the position where whether we love or hate each other, we’ll always be together we got a brotherly love for each other.” Rolfe muses. “We’ve known each other since 5 years old. It’s difficult to imagine our lives without each other. Especially when we’re in the studio, we work off and inspire each other. At the same time, we’re not afraid to tell each other if an idea is shit.” Their camaraderie and hard-working ethics have definitely bled into the way they interact with their fans. They’ve been known to be approachable and frontman Rou has even gone out to lambast the amount of bands offering “VIP meet-and-greet” packages. Firmly stating, “If your band is part of alternative culture, offer kids the alternative, don’t offer them the values of greed, offer them the values of gratitude.”

Their growth and maturity in sound, along with tackling serious issues, may suggest the band might’ve ‘straighten’ themselves as adults but when asked about any crazy tour stories, Rob readily admits “I couldn’t tell you. I’d get arrested.”

The Mindsweep will be out on 19 January.