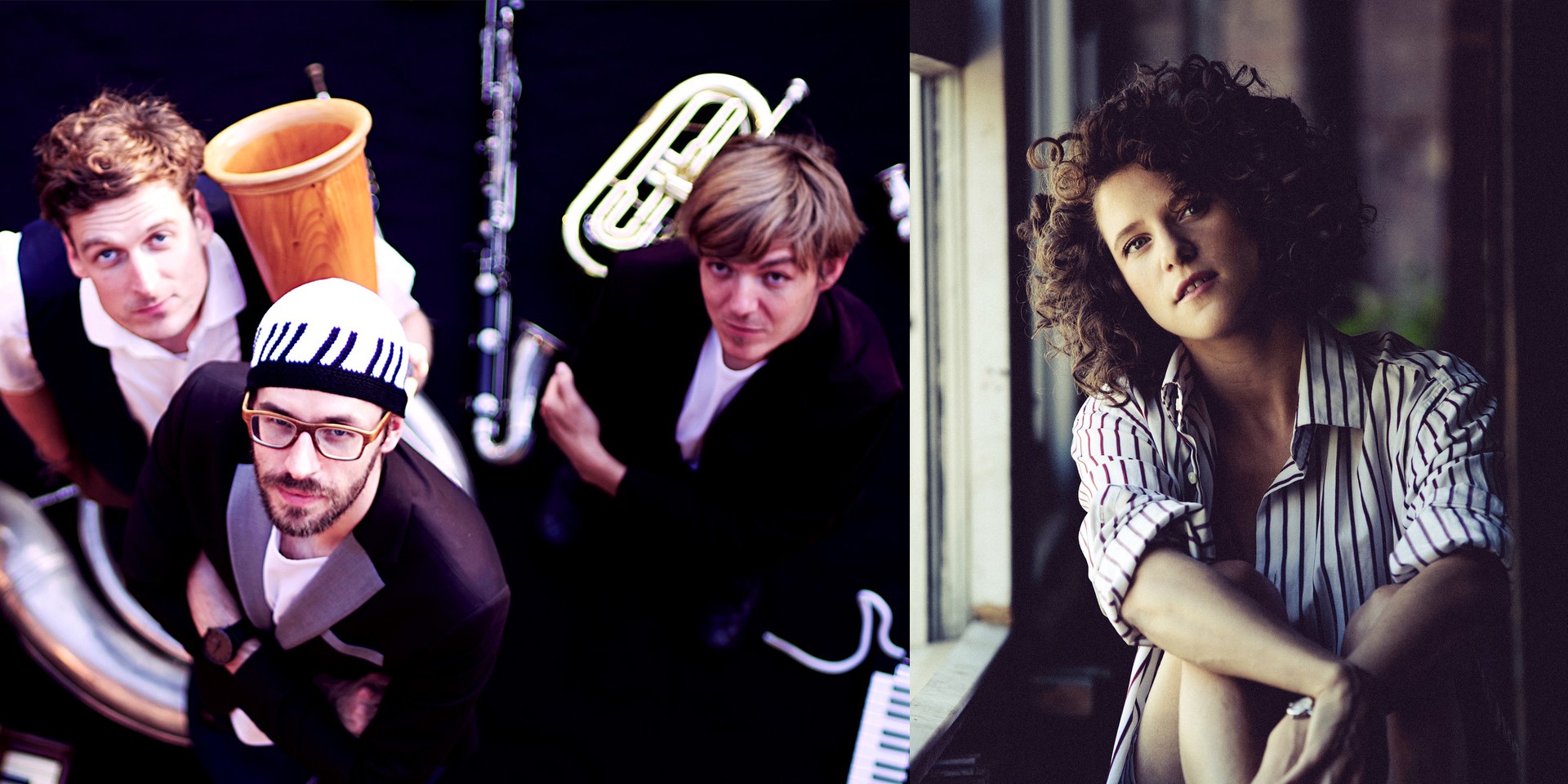 Presented by the Esplanade – Theatres on the Bay

Next month, Jazz in July returns to the Esplanade for the 11th time, with some incredible musicians from here and abroad in tow. Every year the Esplanade takes a month to celebrate the deep, brilliant but often misunderstood well of music that is jazz, inviting maestros of different disciplines and philosophies to entertain and thrill audiences.

Here's our guide to the four unique artists – including David Helbock's Random/Control and Cyrille Aimée, both pictured above – who you shouldn't miss at the Esplanade next month! 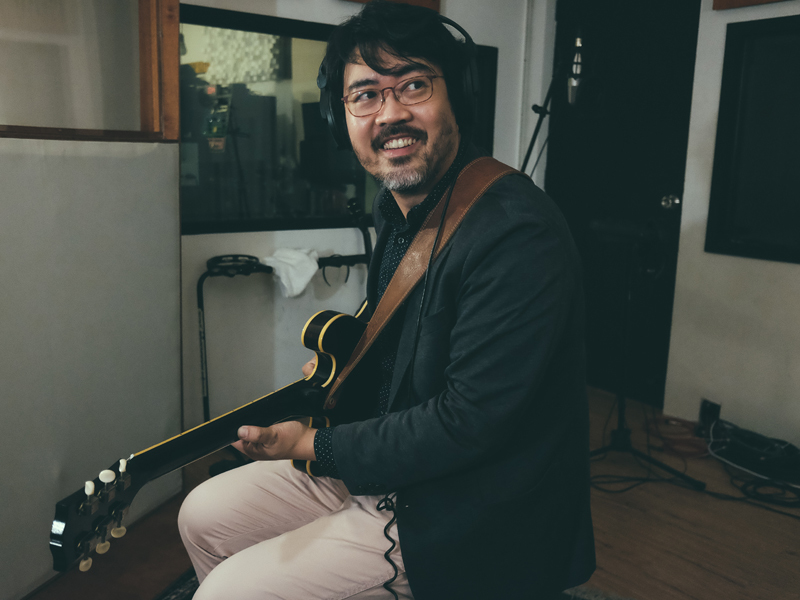 If you've seen Chok Kerong, The Steve McQueens or Rani Singam live, there's a good chance you're already acquainted with Andrew Lim, a guitarist who's been active in Singapore's jazz scene since 2001 and lent his considerable skill to his fellow musicians on stage.

Now it's Lim's time to step to the forefront as bandleader for a show that will explore his relationship with music, which might be hinted at by the intriguing title of the concert: Artless State. It's certainly a bold title for an artist's "debut" show as a bandleader, though Lim is certainly no greenhorn, having lived in New York for some years and played at hallowed venues like Blue Note, Jazz at Lincoln Centre, and Dizzy’s, to name a few.

For Artless State, Lim will be backed up by some of his own favourite musicians in Singapore's jazz scene: Tan Weixiang (piano), Benjamin Poh (bass) and Aaron James Lee (drums).

Andrew Lim will perform on Saturday, 7 July at the Esplanade Recital Studio. For more info about the show, click here. 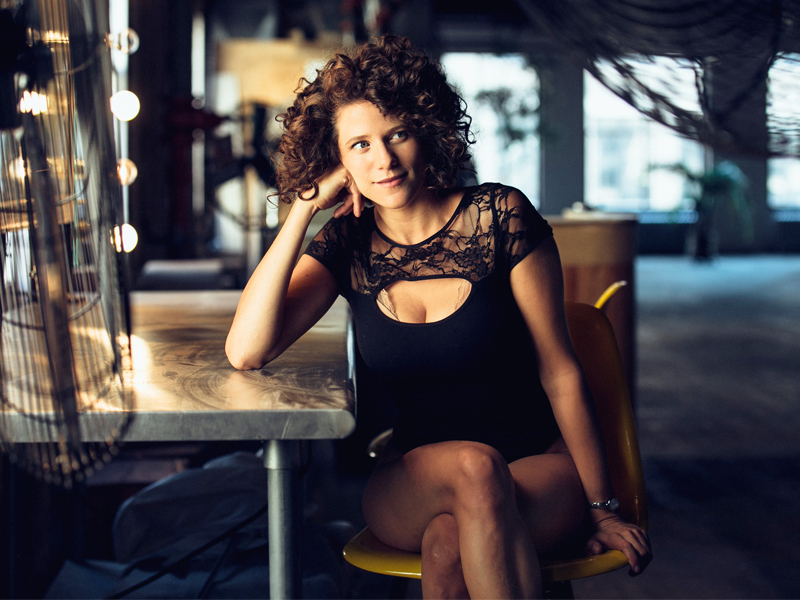 A singer with a beautiful, almost crystalline voice, who can transition to energetic scatting without blinking an eye – if that sounds like your kind of jazz vocalist, Cyrille Aimée is someone you should know.

Aimée's journey through jazz has been marked by adventure. Raised in France by French and Dominican parents, Aimée discovered gypsy jazz (or jazz manouche) when she wandered into Romani encampments in the commune of Samois-sur-Seine. She went on to sing on street corners around Europe, and kickstarted her jazz career after winning first place in the vocal category at the Montreux Jazz Festival in 2007.

She's since been decorated at many a jazz competition, been warmly welcomed around the globe – she'll be coming to Singapore fresh off a three-week residency in Shanghai – and even given a TED Talk. A versatile performer indeed.

Cyrille Aimée will perform on Sunday, 8 July at the Esplanade Recital Studio. For more info about the show, click here. 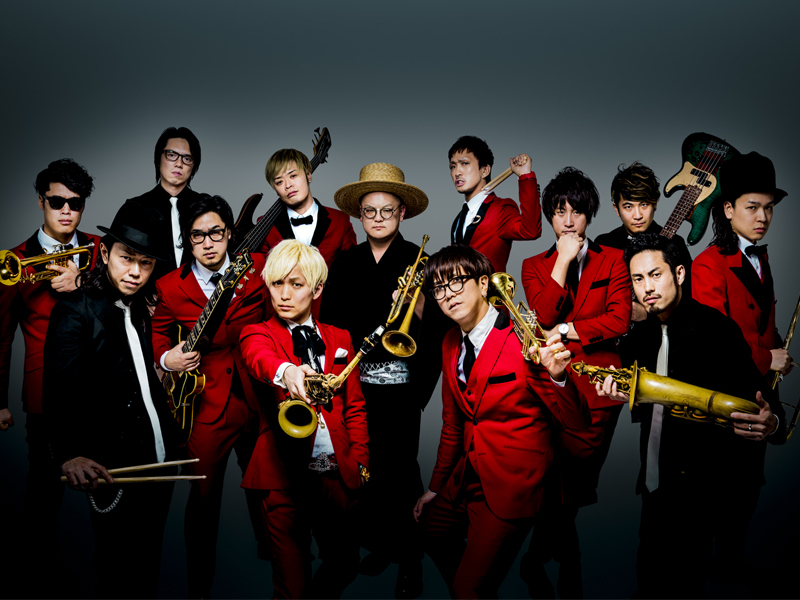 Now this is a concert to bring your dancing shoes to. TRI4TH and Calmera are two outrageously dapper – the former favouring all-black ensembles and the latter eye-catching maroon – and stunningly talented Japanese jazz bands who love nothing more than turning the energy in a room all the way up to 11 with zany improvisation and indelible groove.

Both TRI4TH and Calmera have been kicking it for more than a decade and have become jazz favourites in Japan, especially in live houses and outdoor festivals – where the parties are at, essentially. And last year, both groups joined forces for a collaborative release titled Horns Riot, a brassy raucous collision of two of the best in live Japanese jazz, in five tracks that leave any listener hankering for more.

Their show here will be a double-bill, so Singaporeans will get to dance their fill to both groups and the mind-blowing jazzy explosions they're so good at producing.

The Japanese Jazz Party – Horns Riot with TRI4TH and Calmera will take place Friday, 20 July at the Esplanade Annexe Studio. For more info about the show, click here. 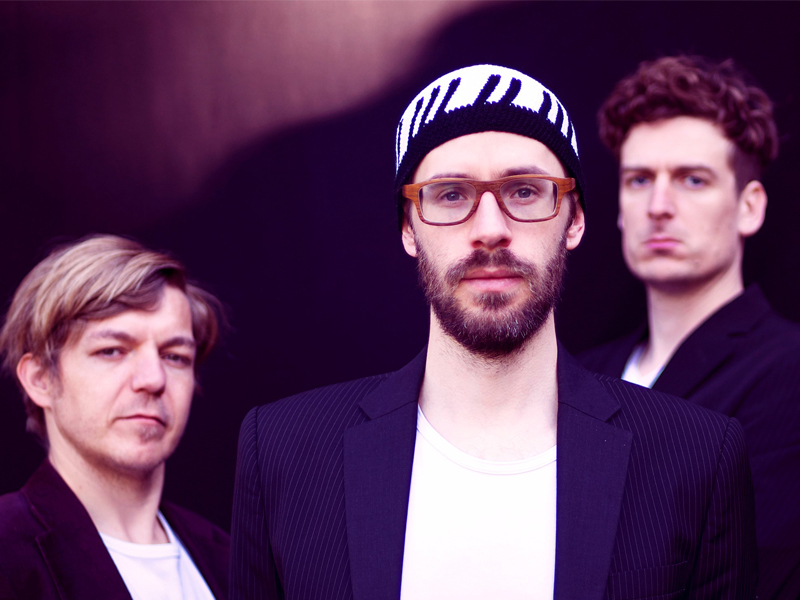 Besides performing solo, Austrian jazz pianist David Helbock also performs in a trio called Random/Control, who've been hailed for doing exactly what it says on the label: a paradoxically masterful command of free-flowing improvisation. And don't let the somewhat clinical moniker fool you: Random/Control are more than adept at seamlessly sliding between different emotional shades and moods.

Johannes Bär – who handles the brass – and Andreas Broger – who handles the winds – round out Random/Control, who will appear in Singapore with a cornucopia of 20 or so instruments (!) to pay tribute to inspirations who've come before them, like Herbie Hancock, Keith Jarrett, Cedar Walton and others.

Before the show, Helbock and his band will also be conducting a free workshop where they explain their approaches to arrangement and composition, so there's that to look forward to as well!

David Helbock's Random/Control will perform Sunday, 22 July at the Esplanade Recital Studio. For more info about the show, click here.

And here are a few bonus acts whose free performances you shouldn't miss... 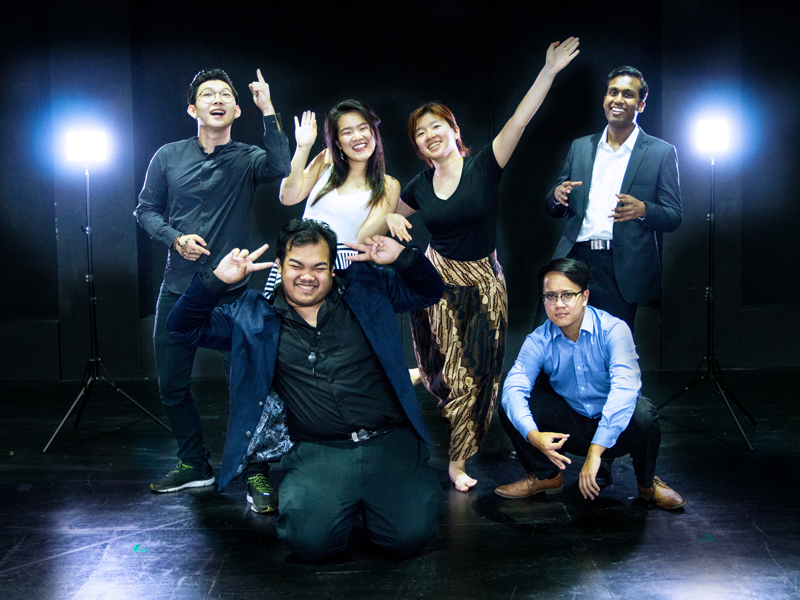 And last but certainly not least, there's Blue Ramen, six young homegrown jazz talents who love nothing more than to entertain – though they do also love all things blue, and they do love ramen, which explains their unique moniker.

These musicians met through this year's Esplanade's Mosaic Jazz Fellows programme, where they underwent 10 weeks of mentorship by established artists like Andrew Lim (remember him?), Chok Kerong, Joshua Wan and Dr. Tony Makarome. These six musicians – and guest bassist Jase Sng – will perform classic jazz standards reminiscent of Sarah Vaughan, Paul Desmond, Charlie Parker and more. And what's more: their performances are free. No better way to chill out on a weekday night, if you ask us.

Blue Ramen will perform Wednesday, 18 July and Thursday, 19 July at the Esplanade Concourse. 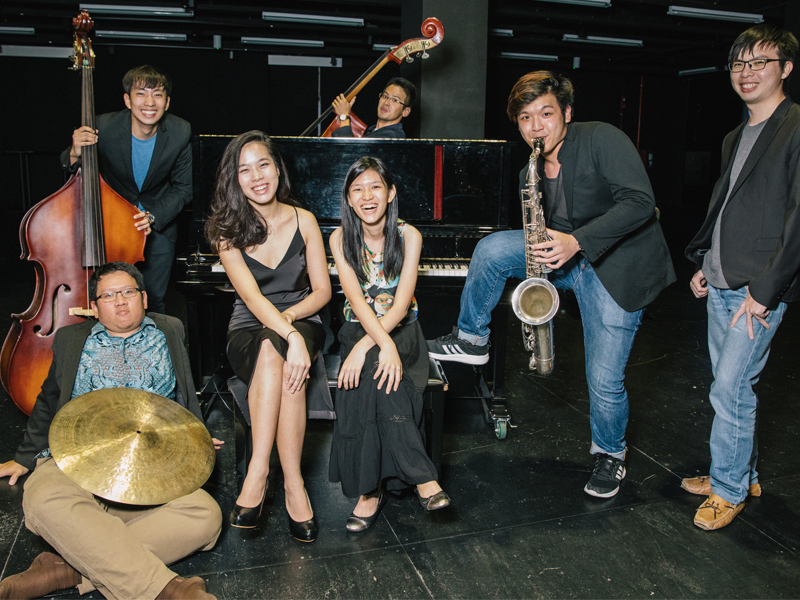 To Sarah, From Sarah by Bopcats

Do you love the music of the one and only Sarah Vaughan? If so, you'll be pleased to know that the Bopcats – alumni of the Esplanade's Mosaic Jazz Fellows programme and in that sense the seniors of Blue Ramen – will be paying tribute to the Divine One, performing all-time classics like 'Shulie a Bop' and ''Send in the Clowns'.

The Bopcats will perform To Sarah, From Sarah on Monday, 30 July at the Esplanade Concourse.