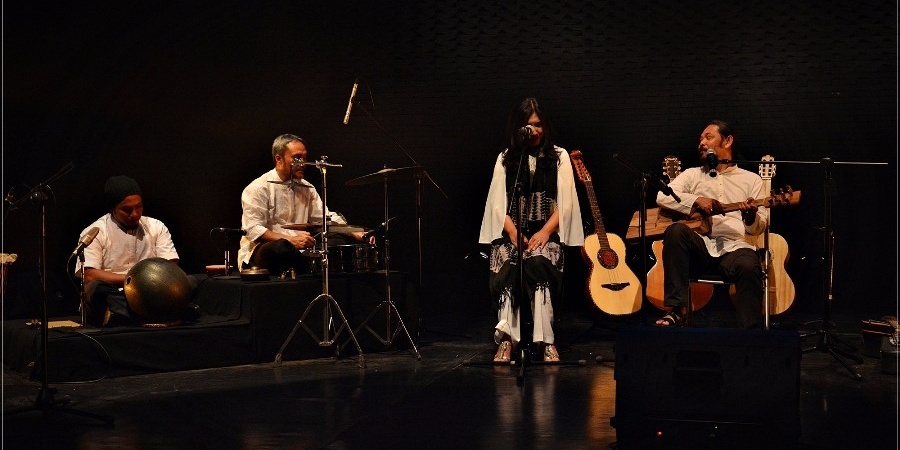 The first thing to know about the music of Indonesia — Southeast Asia’s biggest economy — is that it owes as much to authenticity as it does to its more popular, somewhat domineering influences.

In 1965, as the young country was looking to weed out any traces of Western culture, the legendary pop group Koes Bersaudara were arrested for performing a cover of The Beatles’ ‘I Saw Her Standing There.’ After a three-month prison stint, they put out To the So Called the Guilties, an LP of 10 mopey dirges about a time spent not knowing what other surprises their fates had for them.

In retrospect, The Guilties wasn’t really a confrontational up-yours to the malevolent hands that got them in the slammer — comparing it to, say, Bob Dylan's The Times They Are a-Changin’ or D'Angelo's Black Messiah, The Guilties is pretty benign.

But if you want to look at it the other way, it’s fine, too because: a) It sounds a hell lot like The Beatles and b) it’s defined by its release date and the subsequent narrative it produced (i.e. prison record).

Sometimes I wonder if this trope – one that beleaguers countries who have been through enough with cultural oppression and all that jazz – may intrigue us more than the, you know, music. In some cases, the stature of albums like, say, To the So Called the Guilties holds up not because of retrospective analysis (I have a hunch I’ll be writing one next year, but we’ll see), but because of its fate as a collectors’ item.

So when in 2011, Seattle-based label Sublime Frequencies put out The Guilties and its companion LP Djadikan Aku Dombamu, it’s easy to land on the conclusion that some Indonesian music generates extraneous interest behind the at-times rudimentary music. Not that the music’s – that kaleidoscopic, veritable music – is bad or that an Indonesian LP would make a great VH1 Behind the Music episode, but the varying aspects of Indonesian music emphazise its variety and, thus, its appeal.

Okay, lest I bore you with more backstory, I’ve compiled six essential Indonesian recordings that were released by foreign labels. Who knows? Maybe you’ll find something in this pot of gold.

Tapped by Drag City by way of the alt.country mainstay Will Oldham, the husband-wife folk duo of Suarasama from Medan, North Sumatra play meditative, religious music that incorporates a buckload of instruments: from a shruti box, an udu, a jembe, a duff, cymbals, a tabla, a traditional fretless Malay gambus, a nylon-stringed acoustic guitar, a mandolin to a Turkish saz-guitar. Also noteworthy: This song (whose title translates to Dawn Over Clouds) is included in the 20th volume of American ethnomusicologist Philip Yampolsky’s compilations Music of Indonesia for Smithsonian Folkways.

Senyawa are a band I’d recommend with my eyes closed. They’re not making the most polite music in the world, but sky’s the limit for this experimental metal duo. Now about that custom instrument bambuwukir….

Koes Bersaudara’s imprisonment is just an early, important note on a career stacked by them—they became Koes Plus, after all. It’s not hard to peg this band from Tuban, East Java as Indonesia’s Beatles  (top that off with the freewheeling psychedelic phase they went through at some point, although a song about an old car was their Rubber Soul), but their sunny pop music has been a national treasure for as long as we can remember—or at least, as long as my parents would memorize the words to this song.

Another contemporary group who plays retro-leaning, 70s pop music, Jakarta-based White Shoes & The Couples Company are one of Indonesia’s most idiosyncratic bands solely on the grounds that they stick to exactly this sound their entire career without using it as a lazy excuse for lack of growth. White Shoes’ music is  too malleable to be considered feel-good music.

Long before Sleater-Kinney became “the greatest rock band,” the oft-cited all-female modifier loosely belonged to Dara Puspita from Surabaya, East Java, one of Indonesia’s most important bands in the garage rock credo. At the time when riffs and stylings were nicked from, say, The Rolling Stones, what separates Dara Puspita from their peers is the cultural force they brought and, of course, the taboos they broke.