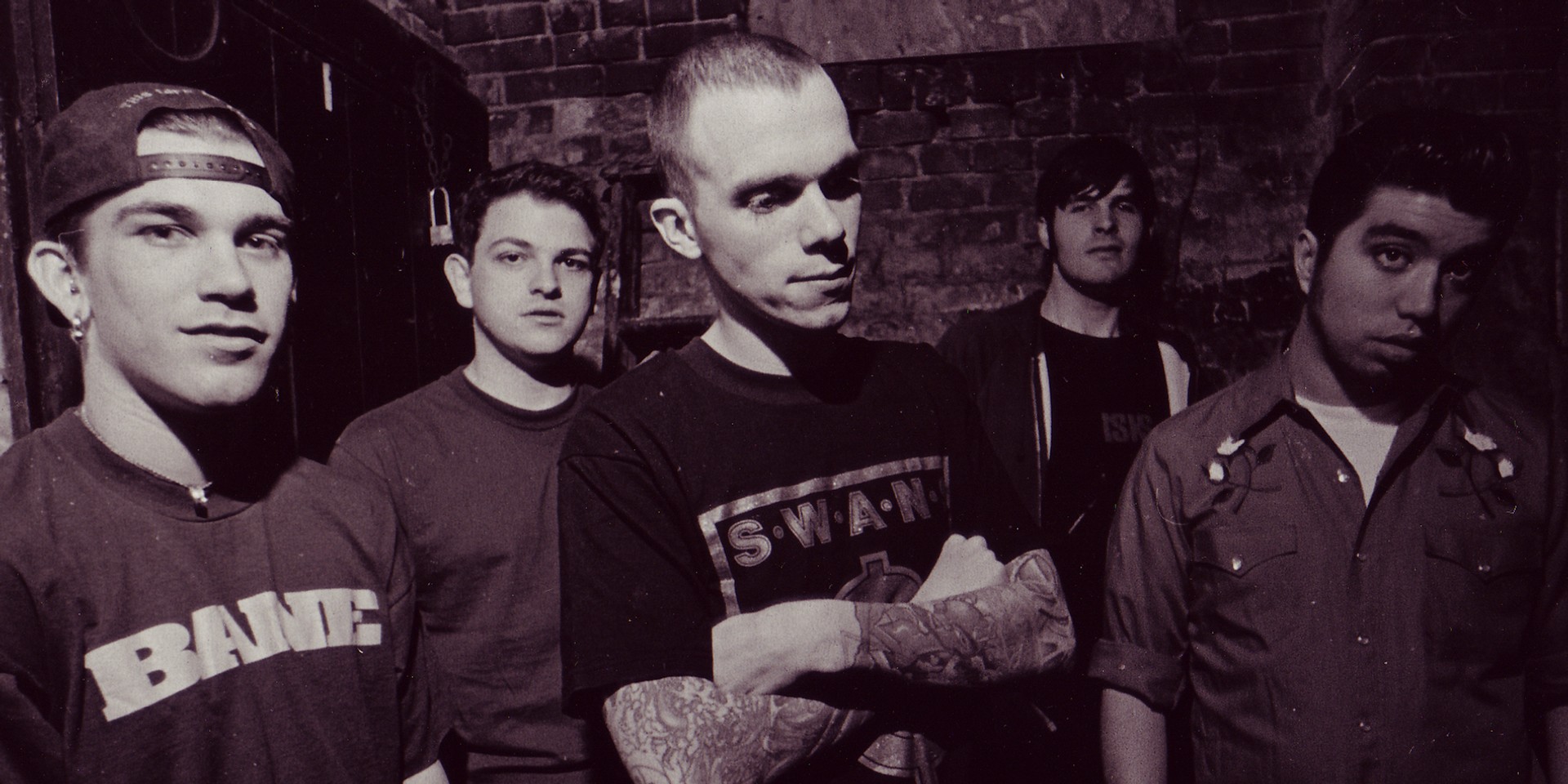 It wouldn't be far-fetched to say that the lines that separate hardcore and metal music can blur, at least in the perspective of the uninitiated. Ask your non-metal listening friends (or hell, your parents) and they'll stick with the one general similarity that has become almost a misnomer to both genres — aggressive, angry, violent, evil etc.

But enter Salem, Massachusetts band Converge. While they personify all the things we've come to love out of decades of metal and hardcore bands, the way the band has thrown out the rule book time and time again has made them an iconic force in extreme music, and no other album has exemplified the band's mastery of their craft — and disregard for tradition — as they have done in Jane Doe.

Not only did they eradicate those lines in a way unforeseen since Black Flag incorporated Sabbath-ian riffs in My War, they also embraced every stereotype both genres people could throw to extremes, at the same time confronting themes of bitter internal struggles with understated grace, instead of inexplicable fury.

See, Jane Doe represents the best of modern extreme music, but it — along with the band's legacy — also remains an iconoclast in a sea of belligerent breakdowns.

Converge began in 1990, founded by vocalist Jake Bannon and guitarist Kurt Ballou, both of whom have since been the ultimate overseers of the band's sound and vision. Originally starting out the band performing covers of songs they love, holding the Misfits in equal regard as Slayer, they soon recorded demos of original work that turned into their debut record, Halo in a Haystack, a passable — if not, contrived — debut that has since gone out-of-print.

Their following two efforts, Petitioning the Empty Sky and When Forever Comes Crashing, displays the blueprints of the band's metallic-riffs-meets-punk-energy habit, but still, nothing could prepare anyone for the rhythmic and lyrical complexity that personifies Jane Doe. 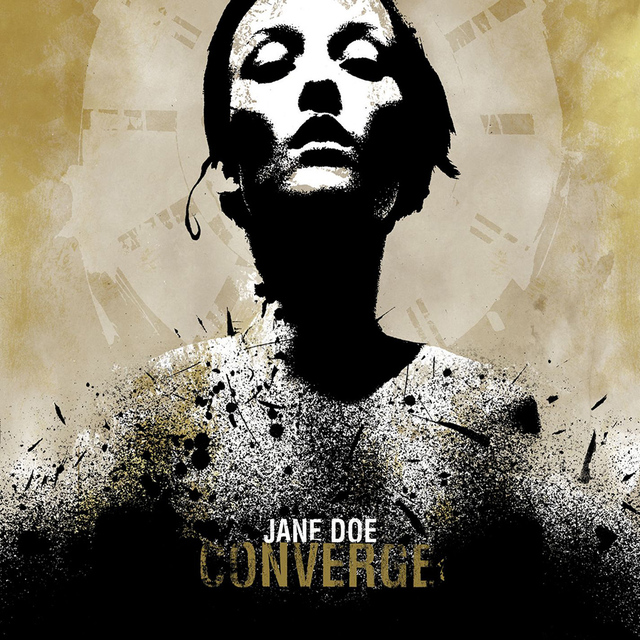 "The world Jane Doe paints is bleak, unforgiving, and relentlessly anguished, but it's also breathtakingly dense and mature, littered with sharp sonic turns that avoid predictability and textbook aggression..."

Lyrically, the beauty of Jane Doe lies in its complete refusal of ham-fisted rhetoric — the music may be earth-shatteringly aggressive, but it also steers clear of the toxic masculinity and awkward sentimentalism that occasionally plagues hardcore music.

Jane Doe is essentially a break up album, and frontman Bannon tackles difficult emotions with expressive lines like “As tired and worn as it is / I’ll take my love to the grave” and “These floods of you are unforgiving / Pushing past me, spilling through the banks / And I fall”. The confrontation doesn't end in blood, but rather acceptance.

He weaves poetry that would otherwise be unintelligible when performed — he's not writing words that would sound good, something that Meshuggah's Jens Lekman has famously applied to great effect — but the crushing intensity of his growls and screams convey more than enough. And sometimes, the written lyrics don't even match the recorded performance.

Jane Doe disregards any preconceived notion of a relationship between words and volume. Heartbreak is heavy, and so can the music. And it still plays well with the variation displayed in the album — 'Hell to Pay' is unnervingly tense and atmospheric, while 'Phoenix in Flight' hints at how it'll sound if the band ever attempted to cover My Bloody Valentine. 'Phoenix in Flames'? It sounds like the last few seconds of the end of the world.

The world Jane Doe paints is bleak, unforgiving, and relentlessly anguished, but it's also breathtakingly dense and mature, littered with sharp sonic turns that avoid predictability and textbook aggression — it speaks the language of heavy music, but its expansive vocabulary made the band stand out in 2001, and still does today. Chunky grooves are laid out sparingly, partnered with volatile rhythmic patterns, while still maintaining a sense of structure — one that keeps the album stunningly cohesive and dynamic throughout. Drummer Ben Koller, having joined the band just before recording the album, added layers of chaos to the aggression, and his frenzied drumming style has since been a signature of the unit.

It was the first time Converge put out a complete package — visually, the album art and its peripherals are stunning, and began an impenetrable relationship between the band's uncompromising music and their artwork. The mysterious female figure emblazoned on the cover art has been made the band's unofficial symbol, and Jane Doe represents a watershed moment in the band's career and in modern extreme music.

“The album’s lyrical themes were born out of a dissolving relationship and the emotional fallout from that experience,” he says in an interview. “Visually, I just wanted to capture that disillusionment with relationships and channel the negatives I felt. I did this in hopes of creating some sort of positive out of all the negative I was experiencing.”

Jane Doe's core sound also forged a strong identity for a band — this was, and is, unmistakably Converge. Bassist Nate Newton and drummer Ben Koller made their recorded debut with Jane Doe, and the line-up has since been constant — with the exception of guitarist Aaron Dalbec's departure.

Converge has nothing to prove as a band at this point, but they're still actively touring around the world and writing new music. Their follow-up albums have been held in high esteem — 2012's All We Love We Leave Behind might just be their most sprawling and ambitious work yet. Their innovative blend of metal and hardcore punk reverberated throughout bands that followed, giving birth to metalcore alongside other important pieces of work (Cave In's Until Your Heart Stops and Botch's We Are The Romans come incredibly close).

Jane Doe, however, captures a band toiling in the woodwork, eventually emerging with a game-changing piece of art that checks all the rule-books for greatness — thematic consistency, passionate delivery, lyrical and musical complexity — but eternally it stands tall as a defiant, honest statement on its own.

If you like this, you'll also like: Botch's We Are The Romans, The Dillinger Escape Plan's Miss Machine, Cave In's Until Your Heart Stops.