The first album in our essential series is the groundbreaking, genre-blurring album Zombie by revolutionary Nigerian figure Fela Kuti.

Renaissance man and political provocateur, Fela Kuti, is truly one of the most important figures in musical history. Born in Nigeria, the multi-instrumentalist visionary is largely credited as the forefather of Afrobeat in the 1960s, as well as the genre’s most visible trailblazer throughout the 70s and 80s, right up till his passing on 3rd August 1997.

Inspired by his hometown sound and his travels around the world, Afrobeat combined elements of Ghanian highlife, hard-bop jazz, alongside traditional African percussion and vocal call-and-response styles to form a genre that's become known for its complex polyrhythms.

After studying at Trinity College of Music in the 1958, Fela actually spent much of his time in 60s playing and recording in California (also check out The '69 Los Angeles Sessions), where he got swept up in the burgeoning Black Power Movement. Upon returning to Lagos, Fela brought along his political activism and human rights ideals with him, and proceeded to craft several influential records criticizing the oppressive Nigerian regime.

Beyond the music, Fela's socially conscious message found widespread resonance throughout Africa. And amongst his multitude of master works, his 1976 album, Zombie, is probably his most crucial. 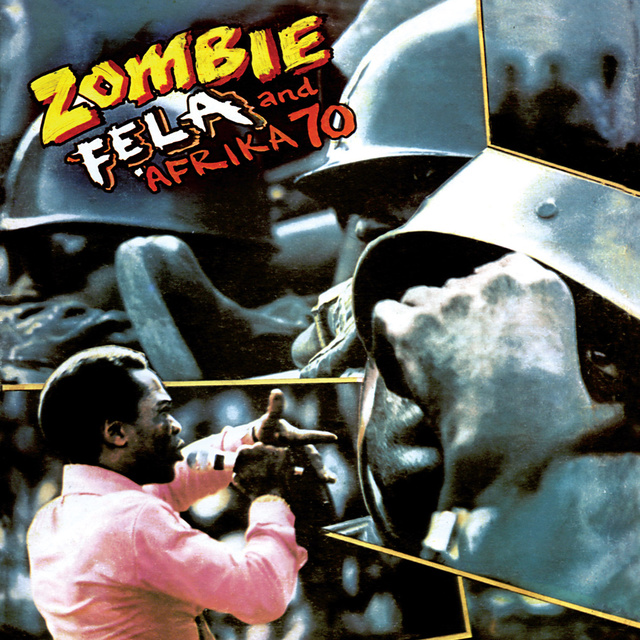 "Featuring Fela at the peak of his powers, he crafted a four-song, 50-minute opus that's come to define all the funk-fusion wizardry that Afrobeat is so celebrated for."

Featuring his backing band Afrika '70, Zombie was a scathing attack on his country's military regime in lyric and metaphor, with Fela comparing Nigerian soldiers to zombies. The implication was that they were mindless puppets being controlled by their greedy, bloodthirsty overlords. This infuriated the government and for many in power, this latest critique was the last straw.

One thousand Nigerian soldiers raided Fela's commune, the Kalakuta Republic, where they burnt his residences to the ground, destroyed his instruments and master tapes and viciously beat him to within an inch of his life. And worst of all, the soldiers actually murdered Fela's elderly mother by throwing her out of a window.

The brutal nature of the reprisal and the album's political context is the back story that gave Zombie its legend, but in truth, the album would have become seminal anyway, just based the incredible musicianship alone. Featuring Fela at the peak of his powers, he crafted a four-song, 50-minute opus that's come to define all the funk-fusion wizardry that Afrobeat is so celebrated for. Its title track and 'Mister Follow Follow' are certifiable jazz classics with supremely contagious grooves, dynamic chants and masterful drumwork from Tony Allen, while 'Observation Is No Crime' and 'Mistake' (featured on the CD reissue) are virtuoso live renditions recorded during his infamous gig at the 1978 Berlin Jazz Festival.