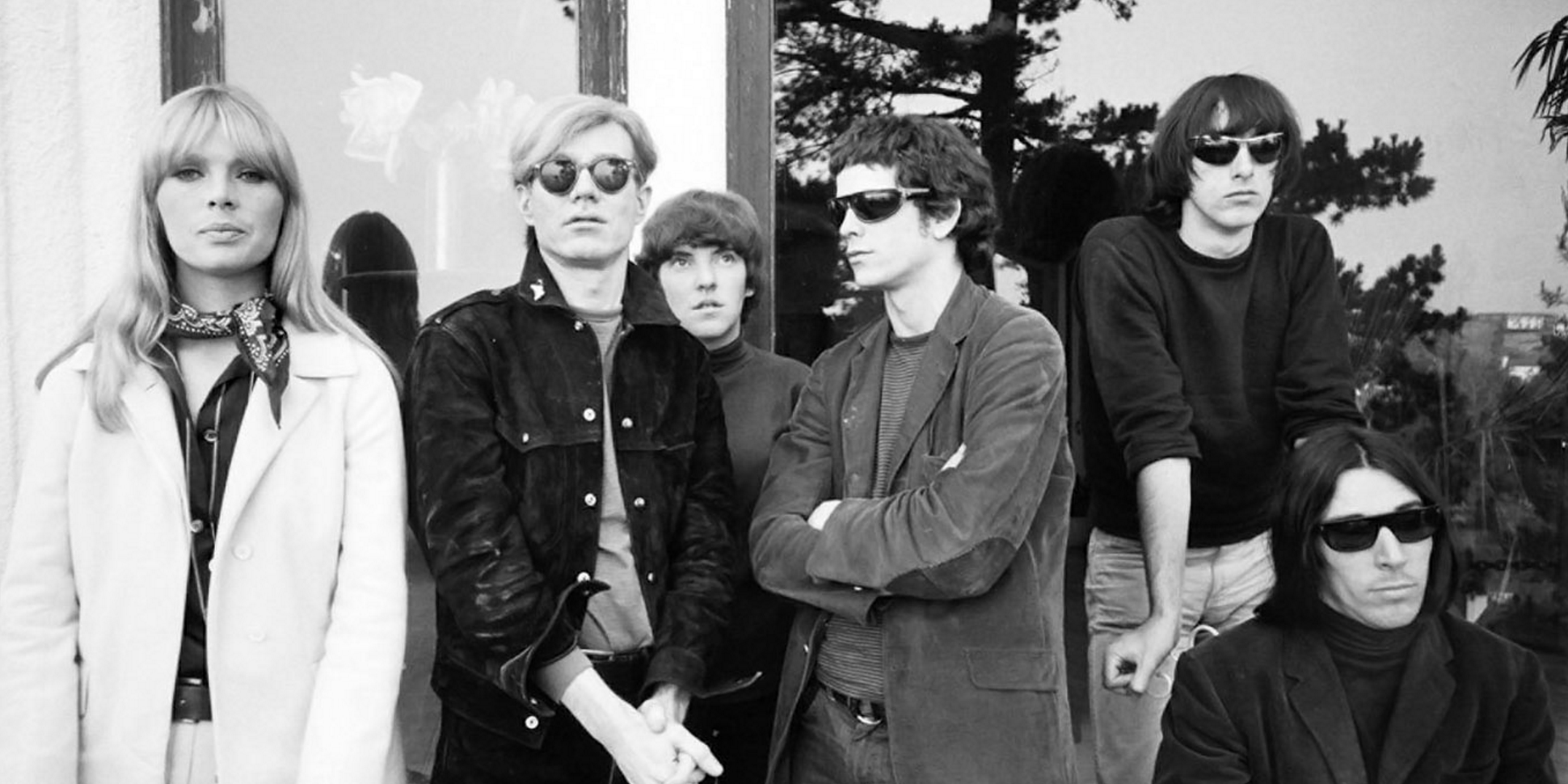 The year is 1967. Newly painted taxicabs in yellow whisked around the busy streets of Manhattan as office workers dressed in sports coats and skimmers held up umbrellas to battle the rain. Unrest over the Vietnam War is repeated on the radio and filled in newspapers. The year would prove to be an important one in American rock history with The Beatles putting out Sgt. Pepper’s Lonely Hearts Club Band and Jimi Hendrix with Are You Experienced?.

Elsewhere, a rock band, curiously brought under the wing of artist Andy Warhol, were pressing to finally release their album after a series of complications.

The Velvet Underground were not only able to find a balance between dark subject matter and affable poeticism, but were able to define song structure on their own terms, with some pretty bold instrumentation for it’s time — mixing raucous rock n roll with drone and experimental elements, all while still including some intimate and pretty beautiful pop ballads on the record.

Shunned upon release, the album cover is now splattered all around the internet popping up as bootleg merch, tote bags, shirts and even in the form of necklaces. Almost 50 years on, the record’s monumental influence on rock and alternative music is undeniable. It launched a number of genres and sub genres and traversed across boundaries as it pushed for an establishment of individuality in the art form.

The record opens with a gorgeous celesta melody on 'Sunday Morning' and is replete with John Cale’s overdubbed violas that transcend the track into an ethereal high. The instrumentation is perfectly accompanied by Lou Reed’s lyrics of nostalgia are evocative and vivid: “It’s just these wasted years / so close behind.” It feels like you’re really up close with Reed at six in the morning, with the sunlight creeping in after a dark and depressing night of substance abuse. 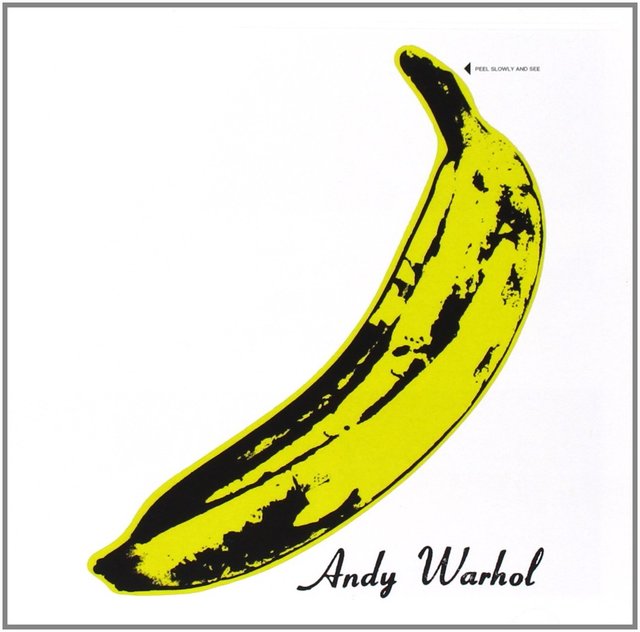 "It’s simply inconceivable to push forth a rhetoric listing anything even close to the complete influence of the record. But even as you remove its endless influence on decades of music, it remains a spellbinding and harrowing piece of rock music."

The tone and mood of the album does a 180 instantaneously with 'I’m Waiting for the Man', a rock tune in it’s truest sense that details an anxious wait off Lexington Avenue for a drug dealer. This urgency is backed by rambunctious rhythm guitar and deadpan vocal delivery. As the song pans out with banging pianos and drums, Lou sings the lyric “I’m waiting for my man” again, suggesting the procedure a repeated occurrence.

Initially a commercial decision, it was Andy Warhol who suggested including German fashion model and actress Nico as a second lead vocalist, much to the reluctance of the other band members. Regardless, it brought a needed vocal diversity and personality to the album that we can’t imagine the iconic album not having.

Her first lead vocal performance is on the next track 'Femme Fatale', a ballad about a woman who finds pleasure in toying with her prey’s emotions. “You’re written in the book / you’re number thirty-seven have a look” Nico’s unique singing voice (further perpetuated by her thick Teutonic accent), the soft guitar arpeggios, drum brushed snare hits and walking bass lines work together so naturally yet masterfully that it sounds like heaven.

'Venus in Furs' displays a mastery of tension that never quit eases down – Reed’s ostrich tuned (a guitar which has all its strings tuned to the same note) guitar, Cale’s scintillating viola and Maureen Tucker’s booming drums and tambourine morph the track into an unstoppable god-level juggernaut.

'Run Run Run' is alarmingly infectious and exciting with it’s Dylan-esque guitar melody, 'All Tomorrow’s Parties' has rich experimental instrumentation (prepared piano: with a chain of paper clips interlaced with the piano strings) but “Heroin” contains every bit of ambition and length that could make it the album's centrepiece.

The 7-minute experiment is triumphant, grandiose and gut wrenchingly noisy. Unlike 'Venus in Furs', there are clear builds and rests – the tension leaps out and attacks, no less as it’s written from the narrator’s standpoint about the thrills and conscious lows that come with drug abuse. Cacophonous and harrowing, Cale’s violas are sinister and hectic while Sterling Morrison’s guitar playing can get relaxed and tranquil at some moments.

Reed’s lyrics are passionately poetic, descriptive and are adorned with vivid imagery. On 'All Tomorrow’s Parties', he borrows elements from the nursery rhyme Monday’s Child, and fuses analogies on the passage of time with feelings of apprehension and premonition that a young person could face growing up.

On 'I’ll Be Your Mirror', Reed connects these metaphors: of mirrors, door lights, the natural imagery of the wind, rain and not discounting the sun with a romanticism that aligns with the narrative of the track so earnestly. “When you think the night has seen your mind / that inside you’re twisted and unkind / let me stand to show that you are blind / please put down your hands / because I see you.”

The album's overall iconoclastic volatility might've stemmed from the album's tense recording sessions. Dissatisfied with Nico’s vocals on the track — which grew more aggressive with each take — her bandmates made her record the song again and again. As she was left on the verge of tears, they suggested doing one more take and said that they’d scrap the song if she didn’t get it right.

And she did, or to the bandmates at least. For as all-encompassing as the album is however, it isn’t without its flaws. In spite of an ending of sorts “You’d better say so long / your clown’s bid you goodbye”, the garbled instrumental might have been a little abrupt and could have benefited from a more conclusive finish.

There’s just about a great number of ways to interpret this benchmark of a record. There’s even a detailed and reasoned fan theory on Reddit detailing the entire album about a man’s volatile romance with his drug dealer, with a narrative that flows throughout the tracks on the album.

But maybe the most tangible and enduring ways this record was transpired as were in the “benchmark” genre defining albums and sounds that came to be in the next half-century. Would David Bowie’s glam and art rock heavy Hunky Dory and The Rise and Fall Of Ziggy Stardust And The Spiders From Mars sound different in a world without this record? Would there be The Ramones, Sonic Youth or even Black Flag? The record’s influence isn’t just limited to the confines of art and punk rock, where would shoegaze bands like the Jesus and Mary Chain, My Bloody Valentine, or Ride even be?

It’s simply inconceivable to push forth a rhetoric listing anything even close to the complete influence of the record. But even as you remove its endless influence on decades of music, it remains a spellbinding and harrowing piece of rock music.

If you like this, you'll also like: The United States of America's self-titled, The Mothers of Invention's Freak Out!, Nico's Chelsea Girl.