While many essential lists of jazz would allude to the great works of Coltrane, Mingus, Rollins, or Davis (which we did), along with many other iconic names, an album that continues to enlighten the young and old is a soundtrack to a Peanuts cartoon — one that was commissioned by Coca-Cola, no less.

A Charlie Brown Christmas, a half-hour TV special featuring characters of the eminent comic strip, features all the familiar traits that make a quintessential heartwarming story with Charlie Brown, Snoopy and his band of merry misfits. This special was conceived at the height of the comic's popularity in the 60s. Even though the comic strip was culturally impactful, even quickly inspiring a documentary based on its success in 1963, its characters had yet to venture fully into an animated story.

Television producer Lee Mendelson had an idea to get them onscreen, working alongside Peanuts creator Charles Schulz and director Bill Melendez, after being commissioned by Coca-Cola to create a Christmas special featuring the characters. Faced with a tight deadline to conceive and animate the show, it was a chance encounter with the music of jazz pianist Vince Guaraldi a few years back, playing over the radio, that convinced Mendelson he knew the right person to compose the special's soundtrack. 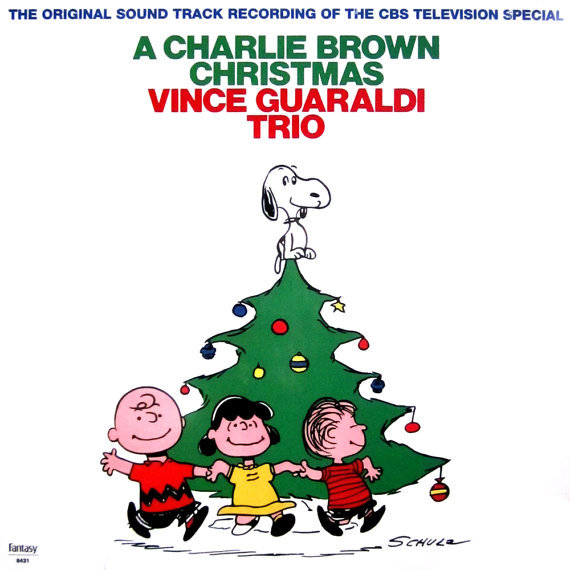 "Its moody and melancholic take on Christmas songs, a creative marriage of timeless festive melodies and an enigmatic appeal of West Coast jazz, added to a striking emotional resonance that was unusual for a TV special — let alone a cartoon."

Struck by Guaraldi's simultaneously playful and sophisticated songwriting, the pianist was signed on and quickly gathered a group of musicians that would be forever immortalized as the Vince Guaraldi Trio — even though more musicians have been reported to be involved in the recording sessions.

A mixture of traditional Christmas songs and original compositions, including the iconic 'Linus and Lucy', Vince Guaraldi Trio steered clear from the trappings of excessive sentimental holiday music, resulting in a warm, enveloping jazz album that utilizes rich percussive textures led by exuberant piano lines, a children's choir and enveloping drum patterns. The recording process complemented the quick turnaround of the cartoon's tight schedule. "We went in and did it in three hours," said drummer Jerry Granelli. "That's just the way jazz records were recorded. I think we even went to work in a club that night." 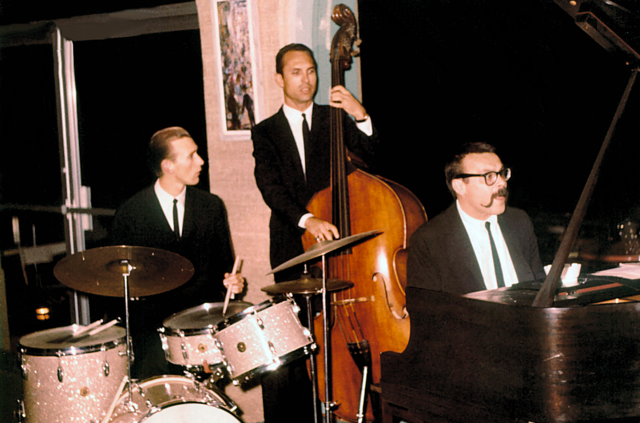 The Vince Guaraldi Trio, which disbanded after Guaraldi's untimely death in 1976, at the age of 47.

The team behind the special were unsure about the cartoon's public appeal, with its anti-consumerist message and sombre jazz soundtrack, but the special won the public over when it was aired on December 9, 1965 and has continued to touch generations of viewers. The soundtrack, too, found itself an astonished audience, and remains a best-selling holiday album for decades, along with being a timeless gateway jazz album for many listeners. It was able to bring jazz to a mass audience far greater than most jazz musicians could at that time, and it's now a staple for the holidays.

Its moody and melancholic take on Christmas songs, a creative marriage of timeless festive melodies and an enigmatic appeal of West Coast jazz, added to a striking emotional resonance that was unusual for a TV special — let alone a cartoon. There's time for toys and time for cheers, but A Charlie Brown Christmas unearthed layers of sadness and anxiety that come with that time of year, and the stark, piano-driven soundtrack encapsulates that perfectly. The show brought the jolly and the jaded together, and the music has kept them there ever since.