Breakups, heartbreak and toxic relationships are, unfortunately, among the many obstacles of life. When such circumstances befall an individual, one can experience an array of emotions – hurt, sadness, anger, indignation and emptiness. It is that painful experience upon which Estelle Fly’s latest single, ‘Love Like This’, is based. The single was released on Friday, 12 July, via Zendyll Records, alongside an accompanying music video which sees Estelle battling with several emotions as she comes to terms with her misfortunes in love.

Estelle was also recently signed to Zendyll Records, and it is with the label that she birthed her new song. Prior to the official release of ‘Love Like This’, we had the opportunity to speak with Estelle about the single, her dance background, her time in Japan with the Japanese idol group SEA*A, and her journey in music thus far.

Check out what Estelle had to say below.

Congratulations on your single, 'Love Like This'! How does it feel to have the song out in the world?

It means a lot to me, because it's been a long time coming. I've been working on many other songs but they never really seemed to make the cut. And when 'Love Like This' was something that Zendyll felt really strongly about, I was so excited to work on it because I couldn't wait to come out with something that was done to represent me and the kind of music and dance that I like.

When Zendyll said that we were going to release it in July, I was just like, "Oh my god, I cannot wait!", and when they had a listening party for it, it felt so surreal because I have the people I am closest to and the people who've supported me come to watch me play. It's something that I'll definitely never forget, and now that it's in the world, it's a milestone and I'll never forget it.

Can you share with us the story behind ‘Love Like This’? What headspace were you when you wrote it?

When I first wrote the song, in its earlier versions, it sounded completely different, but the concept of the song always stayed the same – I wanted to write something about a toxic love, simply because I felt like people could relate to that and I've been through something like that, as well. The lyrics talk about a guy with a third party, and a girl who clearly cannot get over somebody and it's killing her. A lot of times, even when people tell you that it's okay, you usually don't feel that way – you usually just drown in the sadness. [Laughs]

So yeah, that song is pretty much the epitome of that situation. As I was writing it, I had a couple of other people some on board to help me with the writing process as well. I had Homeground Studios – shouts out Jason Gelchen! I also had YAØ, Axel Brizzy and Sam Rui to help me out. I had met so many people along the way who supported me. So I'm just really appreciative of them and yeah, that was pretty much the process.

The music video for 'Love Like This' essentially portrays three different stages of your journey to finding the strength within yourself. What went behind the conceptualisation and production of the video?

Before the video even started, I really wanted to incorporate dancers. The dancers were wearing different colours – I wanted to show that after a breakup, we are always at this point where we're like the most naive, hurt and innocent. So when you see the dancers appear, you're at the stage where you have to face the different emotions – which is why every colour represents something.

I wanted to really give the dancers a different identity, because a lot of times when dancers are in a video, they're just there to decorate the background. Which is why, when I did the MV, I wanted them to have a purpose. And dance is a huge part of of me, which is why I needed it to be a huge part of the video.

I basically wanted the emotions to be in different places. It's like the emotions are just running wild, and I was in this vast dark blue forest wearing a red costume; y'know how red is a very turbulent colour – it signifies all the emotions coming together and me having to face all of them. So everybody is red, even though they have the colours on their face, all I can see is red. The last part is like a mood ring – I'm so consumed by all the emotions, everything had turned completely black. That was, by far, my favourite scene. 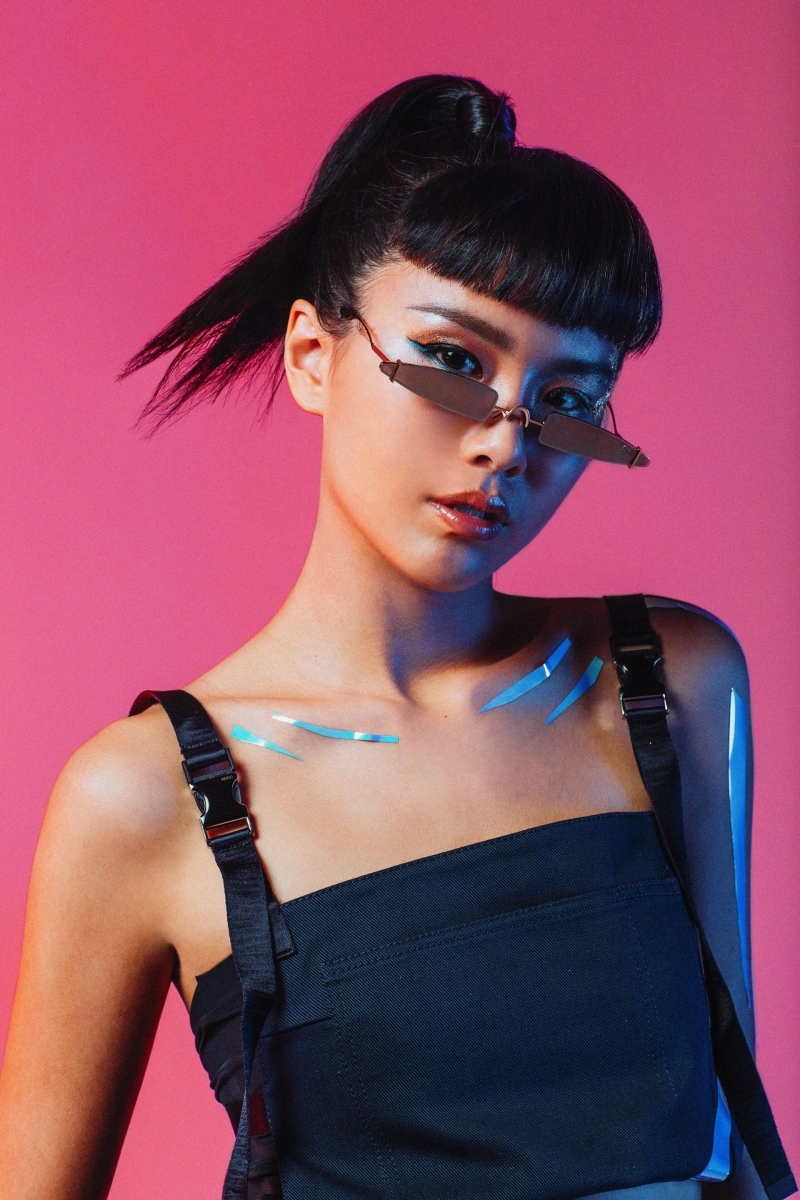 You've been in the Singaporean dance scene for a while, now. What are some parallels between dance and music for you?

The similarities are that they both are forms of expression. But, I've been in dance for so long, I'm very used to expressing myself in dance. When it comes to music, I feel that there's not a lot of platforms or outlet, I suppose, for people to be very out there about it. You see, there are dancers at *SCAPE – people can just go there to dance and go for dance classes. It's not very common when people say, "I'm going for singing classes", you don't hear that a lot – you don't go to *SCAPE and see people like belting or something! [laughs] So in that sense, because of this, I feel that my journey towards music is a lot different.

It's different because it's slower. There was more fear in that when I started doing music, because a lot of times, I feel that it's easy for people to judge me because I don't have as much practice. When it came to singing, when I was supposed to write songs about how I feel, I didn't really know how to express myself emotionally in words. When it comes to dance, I don't have to talk; I just use my body to express how I feel.

It was very interesting because that's when I realised that music was this really difficult, beautiful thing because you have to be articulate in a way that people can still relate to. That was like a whole new form of art where I just had to really pick up. Which is why I met Vanessa Fernandez and Nathan Hartono, and they taught me how to do that. So, in that sense, I wish that dance and music are parallels for me, but they are totally different.

Moving on to your recent signing with Zendyll Records, why did you decide to sign with them?

It's funny because last year, I auditioned for SHINE Fest, and Jon Chua was one of the mentors in the programme. I actually got through the first round of auditions, which was like an online audition, but then at the time I was supposed to film and it clashed with the rest of the auditions. Someone offered me a different date and time to audition, but, still, I said no. [laughs]

Fast forward a year later, Jon meets Jason, and at the time I was working with Jason on something and he was talking to Jon about it. So that's when Jon and I met, and when we were talking, he said that he saw potential in my song 'Blue'. He suggested that Zendyll can groom me as an artist, as a singer-songwriter. That has never happened to me before. In Japan, I was like a product; all the artists are products – we don't create our own things, we just sing what people are giving us to sing and we wear the personalities that people tell us to be.

When Zendyll told me that I could be who I was, I could express my music, and they can groom me to write my own music, as a person who wants to be a musician, naturally, I wanted those things. I wanted to sign to a place where they believe in me.

You also talked about your time in Japan, during which you were in the group SEA*A. How has the experience shaped you at all?

One thing I can say, if you go overseas, they question your confidence every single time. Which is good and bad – it messes with you because we were so young at the time, but it also sieves out the people who can survive the industry and the people who can't. It's a very big thing in the entertainment industry where your confidence is questioned every single moment you're doing something. That was when I learnt the hard way, when I was in Japan.

So now, I know how to manage my confidence on stage, at least. I also learned how to carry myself in interviews – it was so important.

Japan has shaped me to reevaluate myself all the time, which is very important as a musician; to always stay grounded, stay humble. Because I've seen what goes on behind-the-scenes, I know what I'm getting myself into – it's definitely a challenging career. That really prepped me to know how it's going to be like – you're not going to sleep as much, you're going to have to do things that I'm not comfortable with, but you're still going to grow at the end of the day. I guess I owe a lot of that to SEA*A. 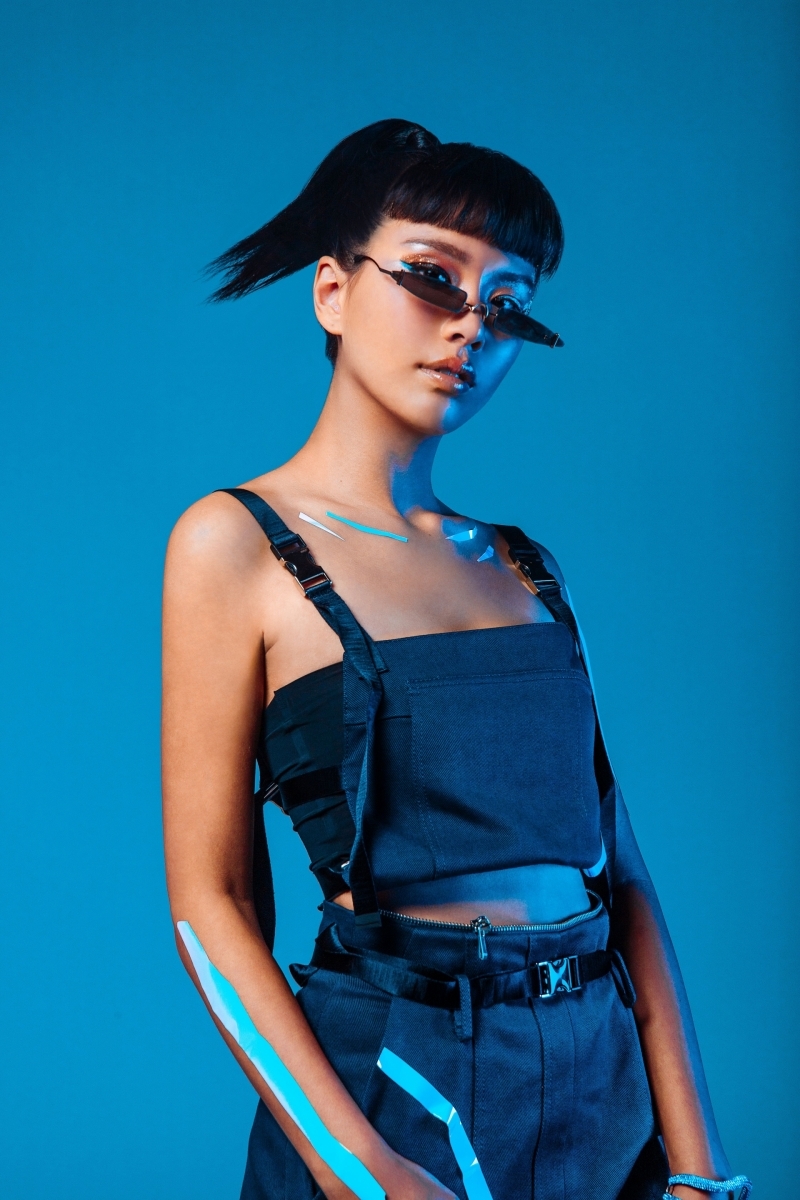 Finally, will you be releasing an EP or a full-length album soon? What are your plans for the rest of the year?

I mean, obviously, I would like to aim for that, but I wouldn't want to rush out music for the sake of an EP or album. I'm working on doing SHINE this year, so there's that! [laughs] I'm planning to do a couple more songs through the programme – eventually, I could come up with an EP. But I also wouldn't want an EP with songs that you guys have already heard, so I actually have a couple of other tracks that are featuring other interesting people in the music scene, and they dance as well. So I really hope that when the EP comes out, it's going to be a combination of the two art forms that I have so much passion in.