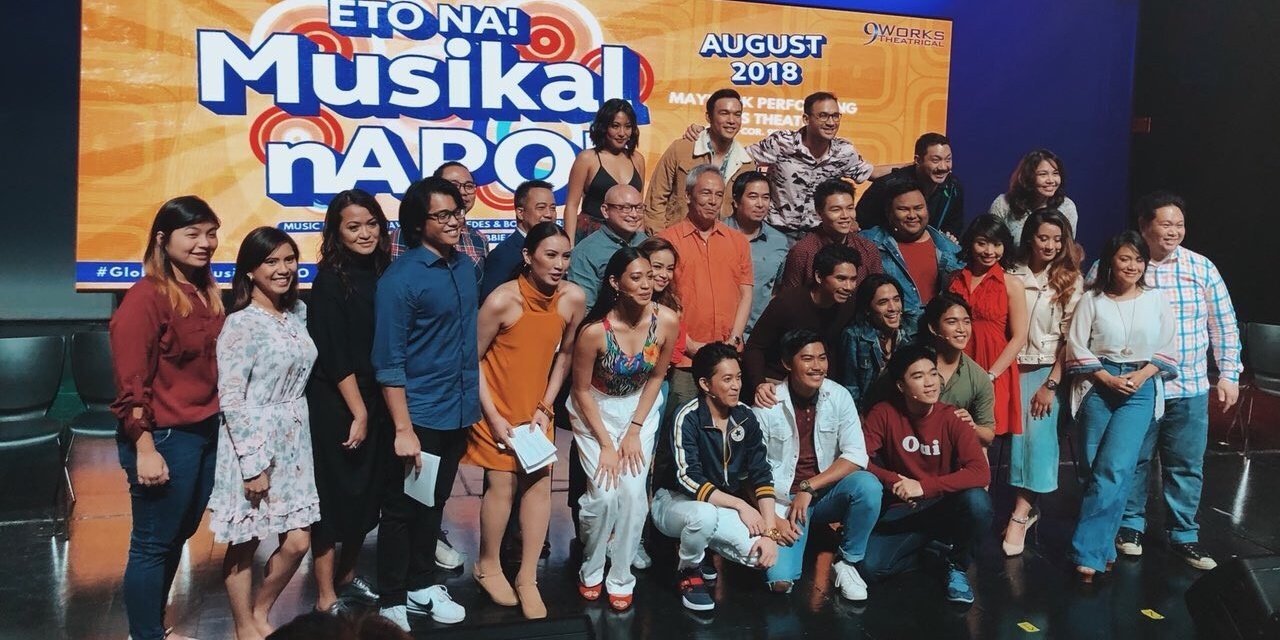 The musical comedy Eto Na! Musikal nAPO! is finally making it to the stage.

Presented by 9 Works Theatrical and Globe Live, Eto na! Musikal nAPO! will premiere at the Globe Theater in Maybank Performing Arts Theater, Bonifacio Global City on August 3 (Friday). The musical, which stars Mark Bautista and Rita Daniela, is set to run until August 26.

The musical focuses on a group of friends who take part in a singing and songwriting competition. Set in the Philippines under Martial Law, the group must create the perfect song as they each face personal issues that revolve around love and family.

Writer and director Robbie Guevarra revealed at today's press conference held at Maybank Performing Arts Theater that he wrote the script in two weeks, adding that he'd begun outlining prior to Boboy Garovillo's suggestion to turn Apo Hiking Society songs into a musical. “At that point I actually already had an outline,” said Guevarra, who had been part of a political comedy show called Electile Dysfunction with Garovillo in 2003. At least 15 songs including “Panalangin,” “Blue Jeans,” and “Batang-Bata Ka Pa” will be part of the musical, according to Guevarra. 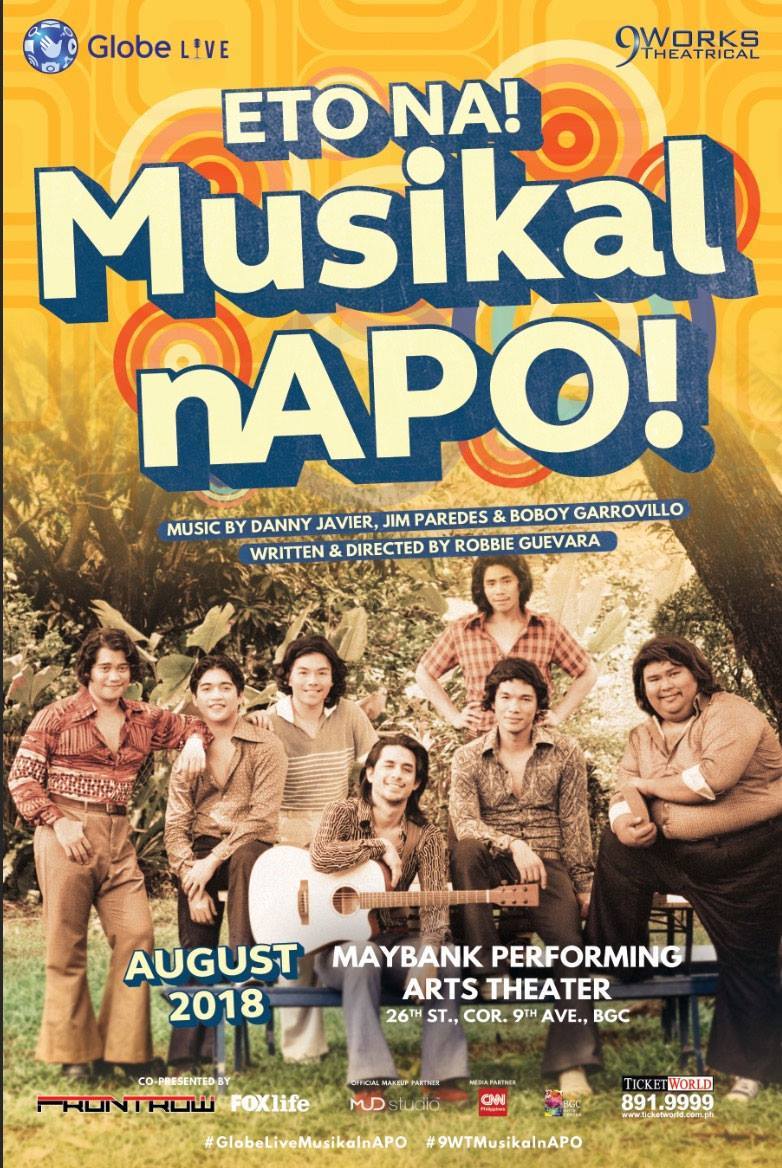