Some things are easy to typecast, but that was the last thing you could do at the much-anticipated Evanescence Live in Singapore concert presented by Lushington Entertainments. Amongst the sea of bobbing heads and rocking hands in the Singapore Indoor Stadium were teenage punks with dyed hair, men and women in office garb, gothic chicks donning fishnet stockings with platform boots and aspiring roadies in band t-shirts. 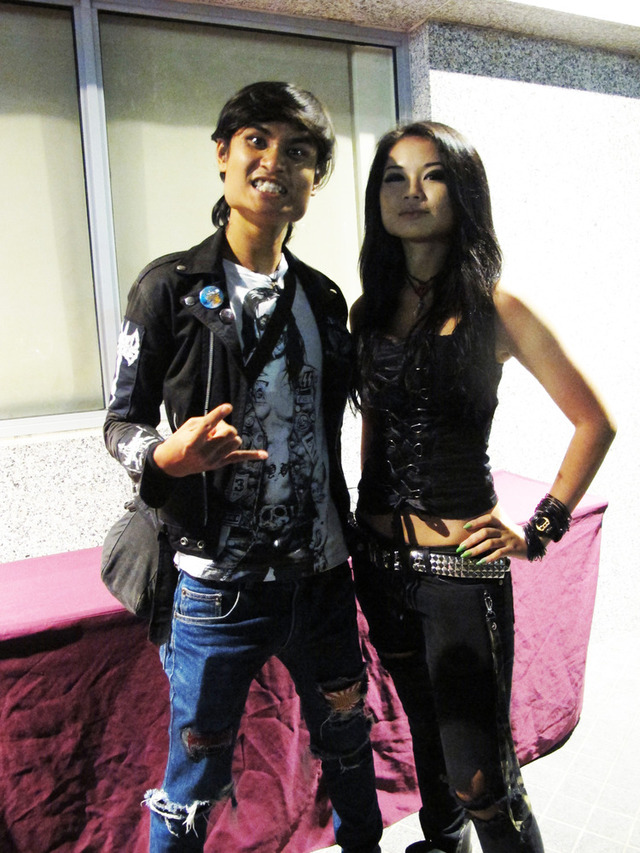 Like the audience, Evanescence is as diverse as it gets. Call them whatever you like – gothic metal, alternative rock or nu-metal – defying labels is part of their appeal. Led by Amy Lee and her hypnotizing voice, the set kicked off with 'What You Want', the first single off their latest self-titled album. In her signature stage style, Lee sauntered up in a black tanktop and black tulle skirt with red flannel embellishment. 'Going Under', a hot favourite from 2003’s Fallen, was performed next and opened the concert on a high note.

One cannot deny Lee’s powerhouse vocals; she is as pitch-perfect as her recordings. Her sultry operatic voice is beautifully projected in wrenching ballads such as 'My Heart is Broken' and 'Lithium', where she also played the piano. 'Weight of the World', 'The Other Side' and 'Bring Me to Life' were delivered in dramatic rock drones, and as we observed, best served with intense head bobbing and loud sing-a-longs. 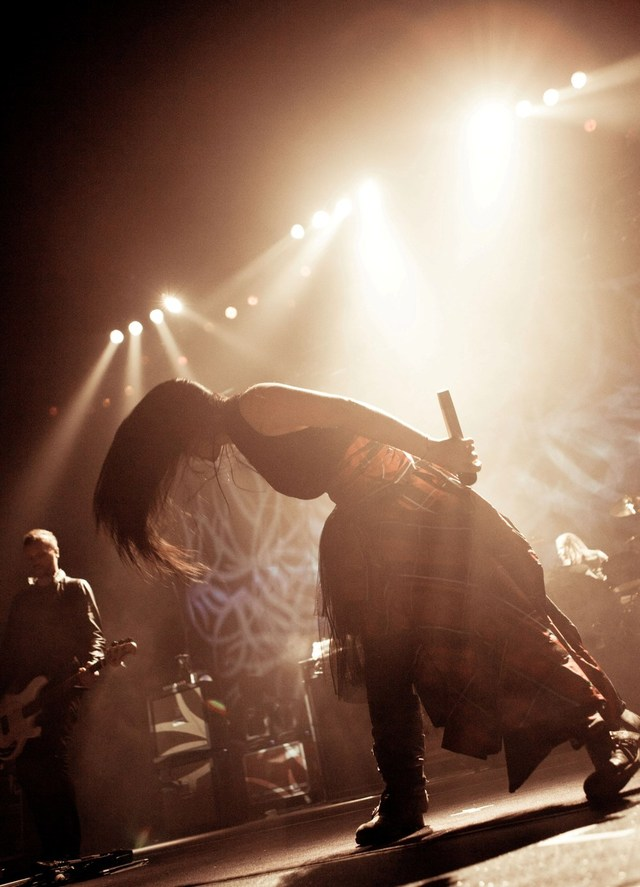 Lee pumped the night with high energy, and with each occasional swing of her jet-black hair, the crowd would erupt in deafening screams. There was hardly any banter from the band though, Lee limiting her words to introducing the song or thanking the audience. When a fan or two yelled out their undying love for her, she would return their confession with another swing of her hair – but that’s the kind of special joshing only Evanescence fans get.

The night ended with an encore performance of 'Your Star' and 'My Immortal', with Lee sitting at the piano in the middle of the stage, and the band generously dishing out drum sticks and guitar picks to the screaming audience.

Although Singapore marks the final run of Evanescence’s Asia tour, with talents like theirs, you can be sure they will be back again. After all, Lee, in all her limited banter, had told the crowd that she was looking forward to seeing them again.