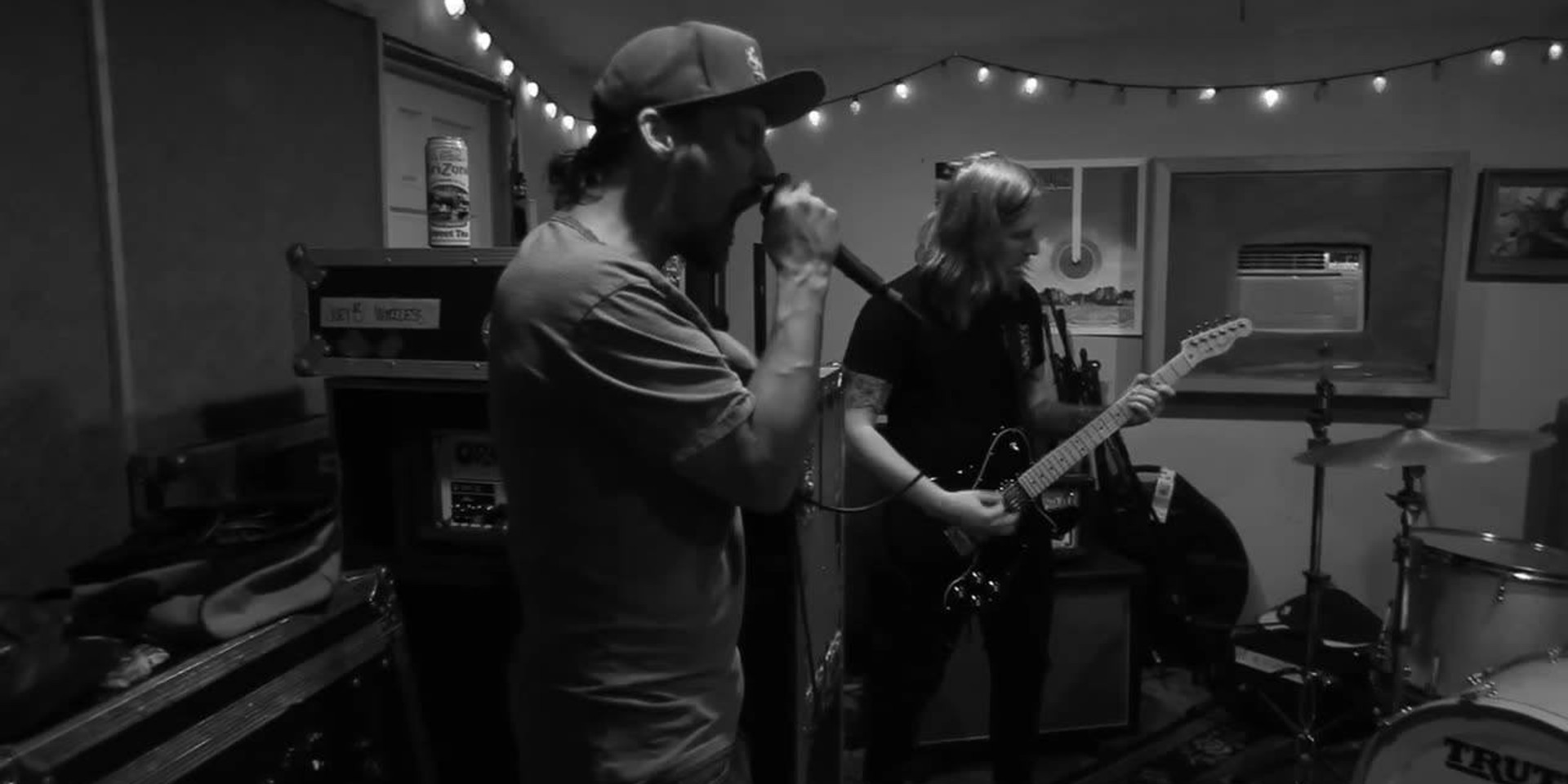 American vocalist Cove Reber might be best known for his time in post-hardcore band Saosin but the singer has proven his versatility with his other bands Patriot and his latest project Dead American.

Bandwagon had the chance to speak to Cove Reber about his new band, his departure from Saosin and more. Check out what he had to say in the complete interview below.

Congratulations on the Dead American’s upcoming debut record. How does it feel to be releasing this project to the masses?

I’m not even sure how to properly answer the question of how I feel in this moment to be releasing new music. As of yesterday (9/26) my debut record with Saosin came out. It’s crazy to think that 12 years later I’ll be debuting my new project Dead American and our first EP The Shape Of Punk Is Dumb. I can’t wait to look back on this moment in time.

Was there any pressure involved in the project at all? Did you at any point feel the need to prove a point to any of your past fans?

I don’t feel much pressure in releasing this project for a couple of reasons. 1: Everything we’ve done so far we’ve done ourselves or with the help of a few friends (wink wink Nicole). There’s not a lot of pressure when you’re surrounded by positivity and people who want to see and help you succeed. 2: I wrote The Shape Of Punk Is Dumb for myself. No one else. So there’s not really a point to prove to anyone.

Chad Jordan (our songwriter/drummer/guitarist) let me do whatever I wanted to do vocally over his music. At no point during the recording did he ever say no you can’t say that or I don’t like what you’re saying there so change it. He just let me do my thing. The time spent writing and recording these songs was like therapy. I think this is the most honest I’ve ever been able to be with my art.

I’m 12 years older than I was when I released my first record. I’m speaking and older language, but I know there’s a lot of younger kids who can relate to what I’m saying. I’m relating to the audience what I’ve experienced since I’ve been gone. Ive worked as a delivery driver, I did construction, worked as a cook, a painter, a roofer, a dish washer, a buss boy, the list goes on. I know what it’s like to work 90+ hours a week only to just get by and never feel like you’re moving ahead. If I had to describe my feeling in regards to sharing my music with people it would be scary. It’s a little scary when people hear what goes on in your head unfiltered.

How has your songwriting process changed from your time in Saosin up till now?

The songwriting process between Dead American and anything I’ve done before is pretty similar. The way the songs come together is pretty much the same. The difference with this project and Saosin is that with this project, there's no therapist in the room to listen or give feedback. It’s just me, the bad thoughts and my view of reality. The best feeling in the world is just getting it out and allowing it to live somewhere not in my head. The melodic and lyrical content will definitely feel more unfiltered with Dead American.

What’re some lessons that you’ve kept with you and hold very dearly from your time with Saosin?

There’s honestly too many lessons to count. I think the two biggest lessons I learned from back in the day is just be real and remember who you are.

In your departure announcement from Saosin, you mentioned “The passion and love for music I felt I had lost is back, my confidence is growing daily, and I really can’t wait to show you all what I’ve been working on.” Confidence and self-acceptance are very important topics, now more than ever. How did you get your confidence back? What do you have to say about self-acceptance and confidence to today’s youth?

I think as I’ve gotten older I’ve realized that everyone goes through the same types of things just at different times. There’s not a person on this planet that hasn’t at one point doubted themselves , or hasn’t ever been self conscious about something, or who’s had problems with accepting who they are. We all deal with it.

The sad part is when you’re feeling like that, not only is opening up to someone about it is hard enough, but your mind plays so many tricks on you into believing that there’s no one to talk to or who could relate. I think now more than ever people need to communicate with one another. Like actually communicate. Put down the phone and look someone in the eyes. Talk. Listen. There’s common ground beneath us all. If you look hard enough. You’ll find it.

Lastly, several bands and musicians tend to begin working on a follow-up record the moment they’re done recording the previous one, or just after it’s been released. Have you begun writing anything yet?

We most definitely have a follow up ready to be recorded. We’ve been working non stop since we all relocated back to California and have added a bunch more song to the list for the full length. I cannot wait to share all of the new material with everyone. It’s the goal on the long list of goals we have that I look forward to achieving the most. All the money we make from our website and the shows we play is going to fund the future full length record.

Dead American's debut EP is set to be released this October. In the meantime, stream the band's 'Ants and Pawns' below.